How Big Agriculture Keeps Getting Bigger 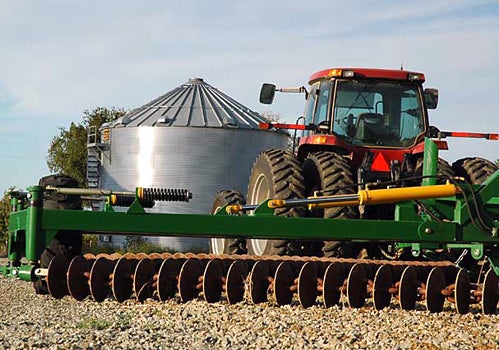 If you ever thought that the farm bill was just about agricultural subsidies and food stamps, think again. Not only does the farm bill dictate what we eat—it also establishes whom our nation’s leaders are listening to on issues far beyond food.

Right now the farm bill benefits a few large corporations, like Perdue, thanks to policies that help big agriculture companies keep getting bigger. The four largest companies in each industry slaughter nearly all the chicken and beef we eat, process two-thirds of the pork, sell half the groceries and process about half the milk in the U.S. This is no accident. It’s the result of policies, largely outlined in the farm bill, which Congress has passed on behalf of these large companies for decades.

Nothing showcases this often-murky relationship between Big Ag and our political leaders more than emails revealed between Martin O’Malley, the Democratic governor of Maryland (and likely presidential contender in 2016) and poultry giant Perdue, Inc.

The emails we obtained through a Public Information Act request show that Perdue profits from chicken sold in California and Michigan are going to exert inappropriate power over O’Malley through intense lobbying efforts on everything from poultry litter incineration to the cases that a university law clinic engages in.

Most of the emails were between O’Malley and Herb Frerichs, general counsel for Perdue. In one email exchange on Nov. 5 and 6 of last year, in response to criticism from Frerichs about Maryland Secretary of Agriculture Earl “Buddy” Hance on the issue of manure to energy, O’Malley responded, “I’m guessing you don’t have the personal email of governors of DE or VA [Delaware and Virginia], so let me know when Buddy can/should be doing more to help you push stuff.”

On Nov. 17, 2011, Gov. O’Malley released a letter to the University of Maryland Law Clinic criticizing them on their involvement in a case brought against Perdue and contract growers Kristin and Alan Hudson for illegal discharges of poultry waste into surrounding waterways. On the same day, Frerichs sent an email to the governor that said simply: “Very nice.”

The emails go on to discuss everything from co-permitting, which would ensure that Perdue would share responsibility for its chicken growers’ waste (Perdue obviously doesn’t like this) to water quality trading in the Bay and Perdue’s opposition to a wind power proposal that would cost the industry 18 cents to $2 more a month. The proposal was ultimately defeated.

Since we released the emails, more has come to light about Perdue’s relationship with Gov. O’Malley. Tim Wheeler at the Baltimore Sun has reported that around the time these emails were sent, Perdue abruptly changed its political contributions from the Republican Governor’s Association to the Democratic Governor’s Association—which O’Malley heads, and that both Jim Perdue and Herb Frerichs (and his wife) contributed that maximum legal amount allowed to O’Malley’s campaign. Additionally, O’Malley’s brother Peter O’Malley was given a high-priced job at Venable, the law firm where Frerichs is a partner.

This disgraceful relationship is not just a problem for Marylanders. These emails offer an unsettling glimpse at Perdue’s political power—a direct result of its unchecked market power. It seems like the company isn’t just selling you chicken; it’s selling an agenda on a range of issues from the environment to farm reform to renewable energy to state university funding in Maryland.

Tom Laskawy in Grist rightly pointed out that O’Malley seems more the “governor of the state of Perdue” than Maryland. Just imagine if O’Malley becomes a presidential contender in 2016. Who’s agenda will he serve as president: yours or Perdue’s?

Perdue is not the only food company throwing its weight around. Meatpackers such as Tyson, Cargill, and Smithfield Foods buy livestock long before they need them to exert unfair market power over farmers selling on the open market. The companies can buy cattle and hogs when prices are low and slaughter their own livestock when prices on the open market rise. This puts long-term, downward pressure on cattle and hog prices and effectively allows the meatpackers to manipulate prices.

These persistently low livestock prices push independent and small-scale farmers out of business, leaving us with fewer farms raising the animals.

Farmers and ranchers have been working for years to get antitrust laws enforced and rein in the power of meatpackers and poultry processors. The Farm Bill is a place to make these changes. A good first step is stopping meatpackers from owning livestock and manipulating cattle and hog prices. Sens. Chuck Grassley (R-IA) and Kent Conrad (D-ND) have introduced legislation to ban meatpacker ownership of livestock and it will likely be offered as an amendment when the Senate considers the Farm Bill. This amendment may not directly address the situation in Maryland, but it will begin the process of busting up the market power (and subsequently political power) of Big Ag.