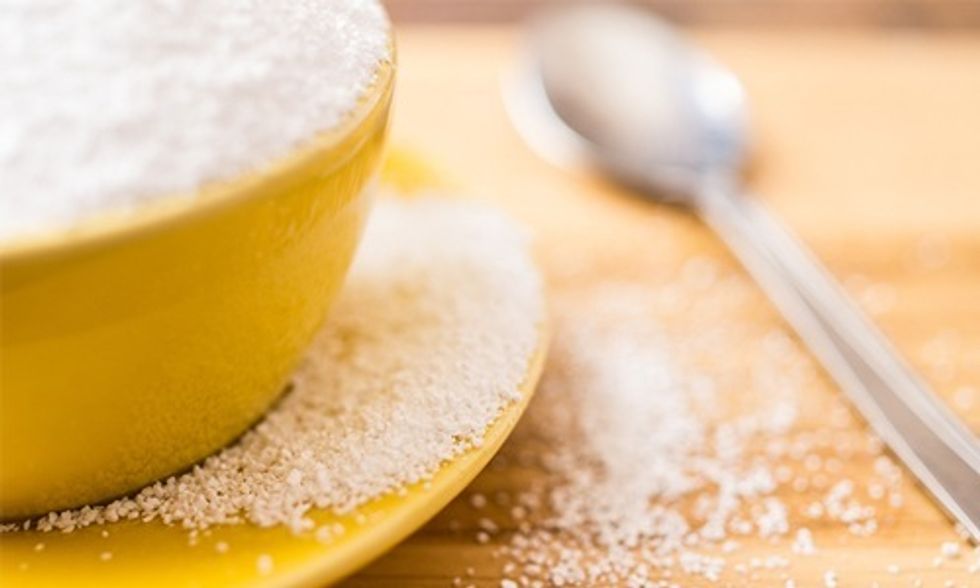 The NIH-AARP study of Americans followed for years found that frequent consumption of sweetened beverages, especially diet drinks, may increase depression risk among older adults. Whether soda, fruit-flavored drinks or iced tea, those artificially sweetened drinks appeared to carry higher risk. There was a benefit in coffee drinkers compared to non-drinkers, but if they add sugar, much of the benefits disappear and if they add Equal or Sweet-and-Low, the risk may go up.

Various effects of artificial sweeteners, including neurological effects, have been suspected. For example, aspartame—the chemical in Equal and Nutrasweet—may modulate brain neurotransmitters such as dopamine and serotonin, although data have been controversial and inconsistent. Scientific opinions range from “safe under all conditions” to “unsafe at any dose.”

The controversy started in the 80s soon after aspartame was approved. Researchers at the Mass College of Pharmacy and MIT noted:

“Given the very large number of Americans routinely exposed, if only 1 percent of the 100,000,000 Americans thought to consume aspartame ever exceed the sweetener’s acceptable daily intake and if only 1 percent of this group happen coincidentally to have an underlying disease that makes their brains vulnerable to the effects, then the number of people who might manifest adverse brain reactions attributable to aspartame could still be about 10,000, a number on the same order as the number of brain and nerve-related consumer complaints already registered with the FDA before they stopped accepting further reports on adverse reactions to the sweetener.”

Those with a history of depression might be especially vulnerable. Researchers at Case Western designed a study to ascertain whether individuals with mood disorders are particularly vulnerable to adverse effects of aspartame. Although they had planned on recruiting 40 patients with depression and 40 controls, the project was halted early by the Institutional Review Board for safety reasons because of the severity of reactions to aspartame within the group of patients with a history of depression. It was decided that it was unethical to continue to expose people to the stuff.

Normally when we study a drug or a food, the company donates the product to the researchers because they’re proud of the benefits or safety of their product. But the Nutrasweet company refused to even sell it to these researchers. The researchers managed to get their hands on some and within a week there were significantly more adverse effects reported in the aspartame group than in the placebo group. They concluded that individuals with mood disorders may be particularly sensitive to aspartame and therefore its use in this population should be discouraged.

In a review of the direct and indirect cellular effects of aspartame on the brain, it was noted that there are reports of aspartame causing neurological and behavioral disturbances in sensitive individuals, such as headaches, insomnia and seizures. The researchers go even further and propose that excessive aspartame ingestion might be involved in the development of certain mental disorders and also in compromised learning and emotional functioning. They conclude that “due to all the adverse effects caused by aspartame, it is suggested that serious further testing and research be undertaken to eliminate any and all controversies,” to which someone wrote into the journal that “there really is no controversy,” aspartame really is potentially toxic stuff.

But what do they mean by excessive ingestion? The latest study on the neuro-behavioral effects of aspartame consumption put people on a high aspartame diet compared to a low aspartame diet. But even the high dose at 25 mg/kg was only half the adequate daily intake set by the FDA. The FDA says one can safely consume 50mg a day, but after just eight days on half of that, participants had more irritable mood, exhibited more depression and performed worse on certain brain function tests. And these weren’t people with a pre-existing history of mental illness; these were just regular people. The researchers concluded that “given that the higher intake level tested here was well below the maximum acceptable daily intake level [40mg in Europe, 50mg here] careful consideration is warranted when consuming food products that may affect neurobehavioral health.”

Easier said than done, since it’s found in more than 6,000 foods, apparently making artificial sweeteners “impossible to completely eradicate from daily exposure.” While that may be true for the great majority of Americans, it’s only because they elect to eat processed foods. If we stick to whole foods, we don’t even have to read the ingredients lists, because the healthiest foods in the supermarket are label-free, they don’t even have ingredients lists!