How Antioxidants Can Help Fight Depression 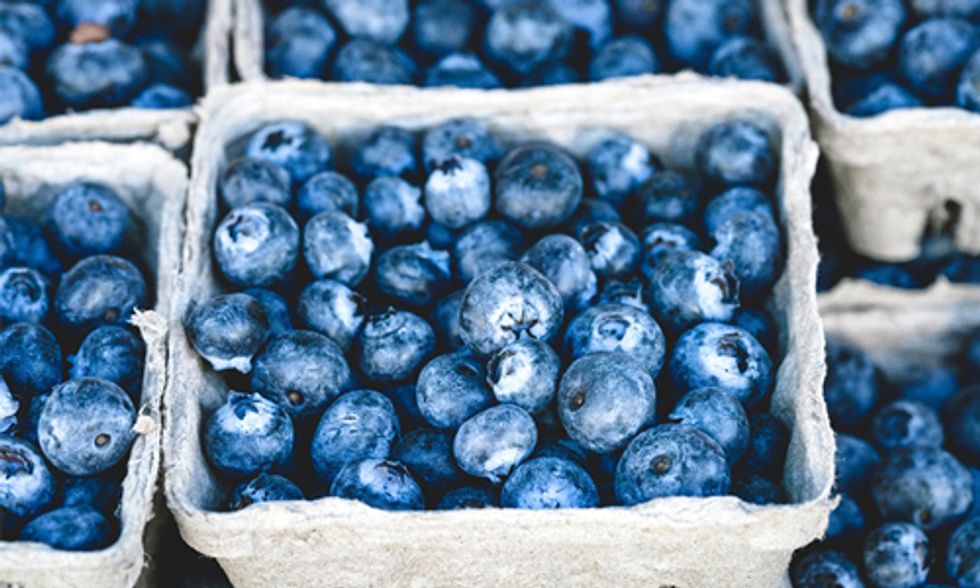 According to the Centers for Disease Control and Prevention, the rates of all of our top 10 killers have fallen or stabilized except for one, suicide. Accumulating evidence indicates that free radicals may play important roles in the development of various neuropsychiatric disorders including major depression, a common cause of suicide.

Higher consumption of fruits and vegetables has been found to lead to a lower risk of developing depression.

In a study of nearly 300,000 Canadians, for example, greater fruit and vegetable consumption was associated with lower odds of depression, psychological distress, self-reported mood and anxiety disorders and poor perceived mental health. They conclude that since a healthy diet comprised of a high intake of fruits and vegetables is rich in antioxidants, it may consequently dampen the detrimental effects of oxidative stress on mental health.

But that study was based on just asking how many fruits and veggies people ate. Maybe people were just telling the researchers what they thought they wanted to hear. What if you actually measure the levels of carotenoid phytonutrients in people’s bloodstreams? The same relationship is found. Testing nearly 2000 people across the U.S., researchers found that a higher total blood carotenoid level was indeed associated with a lower likelihood of elevated depressive symptoms and there appeared to be a dose-response relationship, meaning the higher the levels, the better people felt.

Lycopene, the red pigment predominantly found in tomatoes (but also present in watermelon, pink grapefruit, guava and papaya) is the most powerful carotenoid antioxidant. In a test tube it’s about 100 times more effective at quenching free radicals than a more familiar antioxidant like vitamin E.

So do people who eat more tomatoes have less depression? Apparently so. A study of about a thousand older men and women found that those who ate the most tomato products had only about half the odds of depression. The researchers conclude that a tomato-rich diet may have a beneficial effect on the prevention of depressive symptoms.

Higher consumption of fruits and vegetables has been found to lead to a lower risk of developing depression, but if it’s the antioxidants can’t we just take an antioxidant pill?

In a study of thousands of middle-aged office workers, eating lots of processed food was found to be a risk factor for at least mild to moderate depression five years later, whereas a whole food pattern was found to be protective. Yes, it could be because of the high content of antioxidants in fruits and vegetables but could also be the folate in greens and beans, as some studies have suggested an increased risk of depression in folks who may not have been eating enough.

Low folate levels in the blood are associated with depression, but since most of the early studies were cross-sectional, meaning a snapshot in time, we didn’t know if the low folate led to depression or the depression led to low folate. Maybe when you have the blues you don’t want to eat the greens.

But since then a number of cohort studies were published, following people over time. They show that a low dietary intake of folate may indeed be a risk factor for severe depression, as much as a threefold higher risk. Note this is for dietary folate intake, not folic acid supplements, so those with higher levels were actually eating healthy foods. If you give people folic acid pills they don’t seem to work. This may be because folate is found in dark green leafy vegetables like spinach, whereas folic acid is the oxidized synthetic compound used in food fortification and dietary supplements because it’s more shelf-stable.

We Know Apple Cider Vinegar Has Many Health Benefits, But Can It Help You Lose Weight?

21 Best Veggies for a Low-Carb Diet