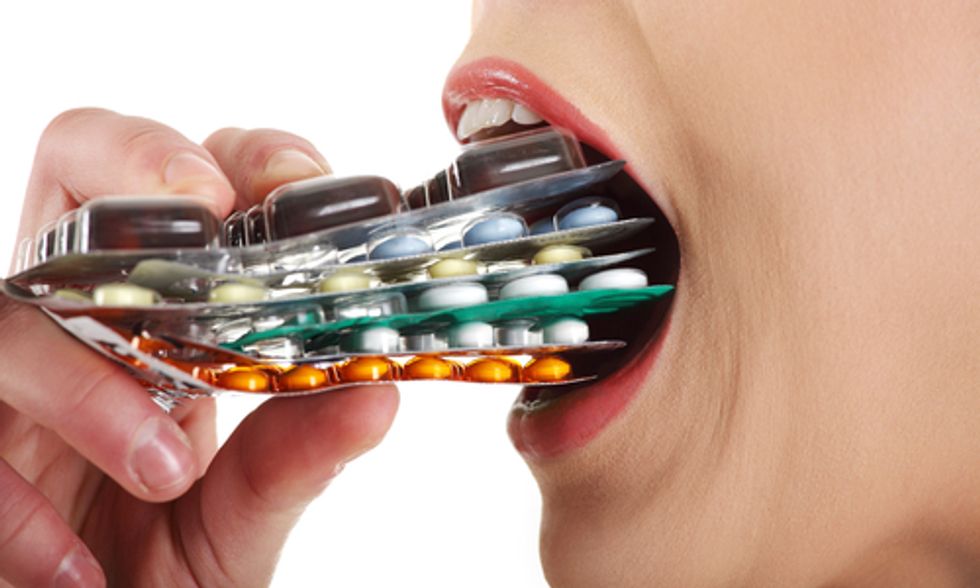 From the get-go, conventional medicine’s signature promise was to help humans kill infections and wipe out invading bacteria via antibiotics and vaccines.

But research over the last decade reveals that fighting germs with antibiotics, injecting antibiotics into livestock and dousing ourselves, our homes and our environment with antibacterial toothpastes, cleansers and soaps may turn out to be misguided, producing long term health consequences.

Over use of antibiotics, in agriculture and medicine, generates antibiotic resistance by causing dangerous microbes to grow hardier. Photo courtesy of Shutterstock

Studies of the microbiome—the world of microbes within each of us, centered in the digestive tract—reveal that we are not (as was once thought) noble humans besieged by bad bacteria.

"There are nearly 100 times as many microbe genes in us as there are human genes. We are composed of 90 percent bacterial cells and 10 percent human cells," says Victoria Maizes, MD, the executive director of the Arizona Center for Integrative Medicine at the University of Arizona College of Medicine. Maizes, one of the organizers of the upcoming conference, Nutrition and Health, will bring together prominent researchers and clinicians to share new findings on optimal nutrition for supporting the microbiome.

If what we call "we" is overwhelmingly more bacterial than human, then Pogo (the wise turtle in the old Walt Kelly cartoon) got it right when he said, "We have met the enemy and he is us."

Over use of antibiotics, in agriculture and medicine, generates antibiotic resistance by causing dangerous microbes (like c. Difficile, which produces acute and persistent digestive symptoms) to grow hardier. With a new science of the microbiome, pioneered by scientists like Justin Sonnenburg, comes a new medical philosophy: Rather than killing bugs, encourage the diversity of the gut microbiota. Healthy bacteria keeps the unhealthy ones in check.

Humans evolved to interact symbiotically with bacteria, which line the entire digestive tract from mouth to anus. Serving as the body's first line immune system, within this environment friendly bacteria, called probiotics, act as filters, help us absorb nutritious foods and keep out harmful substances.

Microorganisms also support detoxification by breaking down chemicals that increase risk of cancer and other ailments. Scientists are just beginning to explore the connection between our microbiome and the gut, nervous system and brain. A saying like, "Trust your gut" is based on real physiology, Maizes claims.

Maizes offers a partial list of microbiotic functions, which include:

Using broad-spectrum antibiotics indiscriminately disrupts the optimal balance between the trillions of beneficial and diverse microorganisms, and harmful ones. Just as our global ecosystem requires biodiversity, so does our internal one.

The Human Microbiome Project, a $173 million National Institutes of Health study, is now under way to characterize the gut microbiome and analyze its role in health. In modern industrial societies, the makeup of the microbiota (the many microbes in each person's individual microbiome) is very different from that of our ancestors, says Justin Sonnenburg, PhD, director of the Sonnenburg Laboratory at Stanford University. "We've lost a lot of diversity in our microbiota. The modern lifestyle has changed its composition, and functionality, into an entity foreign to our human genome."

Since our genes cannot readily adjust to these changes, the Western microbiota are starving, says Sonnenburg.

"Clearly antibiotics are disastrous for the microbiota," adds Sonnenburg. Once the healthy bacteria are wiped out, "There are growing questions about how well people can bounce back from that and restore the microbiome." Sonnenburg also targets processed foods, and a lack of both dietary fiber and fermented foods, which are served in many other societies. "Pickles," says Maizes. "In Japan, pickled foods are a regular part of the diet."

The loss of microbiotic diversity could contribute to adult chronic diseases. "In terms of causation, we don't have that level of evidence," says Maizes. But in terms of association, we have a huge range of things from autism to autoimmune disease to heart disease to rheumatoid arthritis to all sorts of GI tract ailments, like irritable bowel, inflammatory bowel disease and ulcers, as well as obesity and mood disorders. For all of these things, there are associations."

As the science of the microbiome progresses, Sonnenburg posits that, "We may be able to explain the increase in so-called Western diseases. Our biological control center can’t function properly due to the decline of organisms with which humans evolved. The Western diet and lifestyle breed a microbiota that does not serve our biology, and may be a risk factor.”

"It's a different way of thinking about ourselves," says Maizes. "I always say, 'Honor thy microbiome.'  It's all about diversity, balance and interdependence."