How an Unprecedented Nuclear Subsidy Deal Could Kill UK Renewables 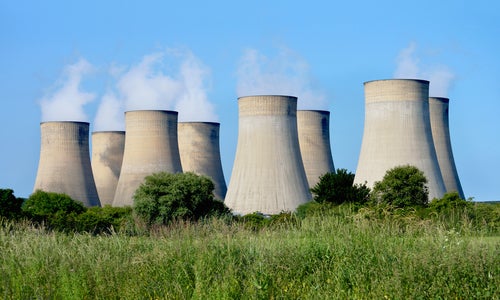 The United Kingdom’s plans to build heavily subsidized nuclear power stations have come under withering attack from a coalition of members of Parliament, academics, energy industry experts and environmental groups.

Evidence has poured into the European Commission, which is investigating whether the deal with the giant French nuclear company EDF breaks EU competition rules. The evidence from many objectors, whose submissions had to be made by today, claims that if the contract goes through it will wreck Europe’s chance of building up renewable energies to avert the worst impacts of climate change.

They say renewables will have to compete in an unfair market where one generator, nuclear, is guaranteed to be able to sell all its electricity at a stable price and with a built-in profit until 2058. 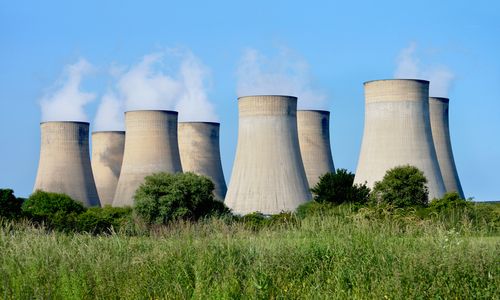 EU member states interested in nuclear power view the UK subsidies investigation as a test to see whether they also will be able to give state aid to nuclear stations.

The UK government has agreed to a minimum price equivalent to $153 a megawatt hour from a new nuclear power station at Hinkley Point in the west of England from 2023—roughly double the existing price of electricity in Britain. The price will rise with inflation and runs for 35 years, a deal unprecedented in the energy sector, and not available to renewable energies like wind and solar. The guarantee will continue for all future nuclear stations too.

The government has gone further, guaranteeing loans for construction and providing insurance and compensation payments if policies change for any reason. It claims that the deal will save about $124.3675 a year on the average consumer’s bill if electricity prices rise by 2023, as it forecasts. If they do not, then consumers will be paying far more for their electricity than they would otherwise.

No-one involved in the investigation into whether the deal constitutes unfair state aid doubts that climate change is a severe threat and needs to be tackled. The argument is about which is the best set of technologies to help deal with the problem.

There are 12 states in Europe interested in nuclear power generation, slightly under half the EU’s members. All see the UK subsidies investigation as a test case into whether they also will be able to give state aid to nuclear stations.

One of the submissions, from the Nuclear Consulting Group (NCG), with more than 100 signatures from members of Parliament from six parties in the UK and European Parliaments, plus engineers, academics and energy experts, says the proposed aid to guarantee nuclear’s profitability is incompatible with EU State Aid rules. The NCG says it unfairly discriminates in favour of nuclear and will damage renewable energies with far greater potential.

Given that this level of support is unavailable to other low carbon technologies, it is certain to significantly distort competition and strongly affect trade between member states.

“The development of sustainable and affordable low carbon energy remains a growing economic sector with huge potential for job creation. To seek to delimit this diversity through particular state aid support of nuclear power at the expense of other, potentially more flexible, safe, productive, cost-effective and affordable technologies seems, at the very least, unwise,” says the submission.

In fact EDF, which owns the plants, and is also building the new one, intends to keep them open until 2030 or even longer if safety conditions allow. If the government’s current power station-building plans succeed, then more than 50 percent of Britain’s electricity would be generated by subsidized nuclear stations, effectively cutting out renewables.

One big problem for the UK’s plans, apart from the European Commission inquiry, is that the building schedule for the European pressurised water reactors (EPRs) planned for Hinkley Point, and for Sizewell in eastern England, is in doubt.

The first two prototypes, under construction in Finland and France, are subject to severe construction delays and cost over-runs. The Finnish Olkiluto 3 EPR was due to be completed in 2009 at a fixed price of the U.S. equivalent of $4.1 billion, but the cost has now escalated to nearly $11.7 billion and completion has been put back to 2018. The French new build by EDF at Flamanville is already four years behind schedule and the cost has more than doubled to $11.7 billion.

Other groups objecting to the UK subsidy plan also say that rather than promoting a diversity of supply, as ministers claim, the decision to back nuclear will reduce the scope for other technologies.

Friends of the Earth (FoE) says that currently there are seven to ten viable renewable energies being developed in the UK, among them wind, on and offshore, solar, biogas, wave, under-sea turbines, small-scale hydro, biomass and hot rocks, all of which could contribute to the energy mix if nuclear had no guaranteed unfair advantage.

These were all comparatively new technologies, where the price of generation was coming down all the time. In contrast, FoE says nuclear has been operating for 60 years and still requires a 35-year price guarantee.

By the time Hinkley is in operation, solar and on-shore wind will be far cheaper, with costs falling fast, and it is likely that offshore wind will be in a similar position. The nuclear subsidy “represents extremely bad value for money for UK citizens,” the submission concludes.