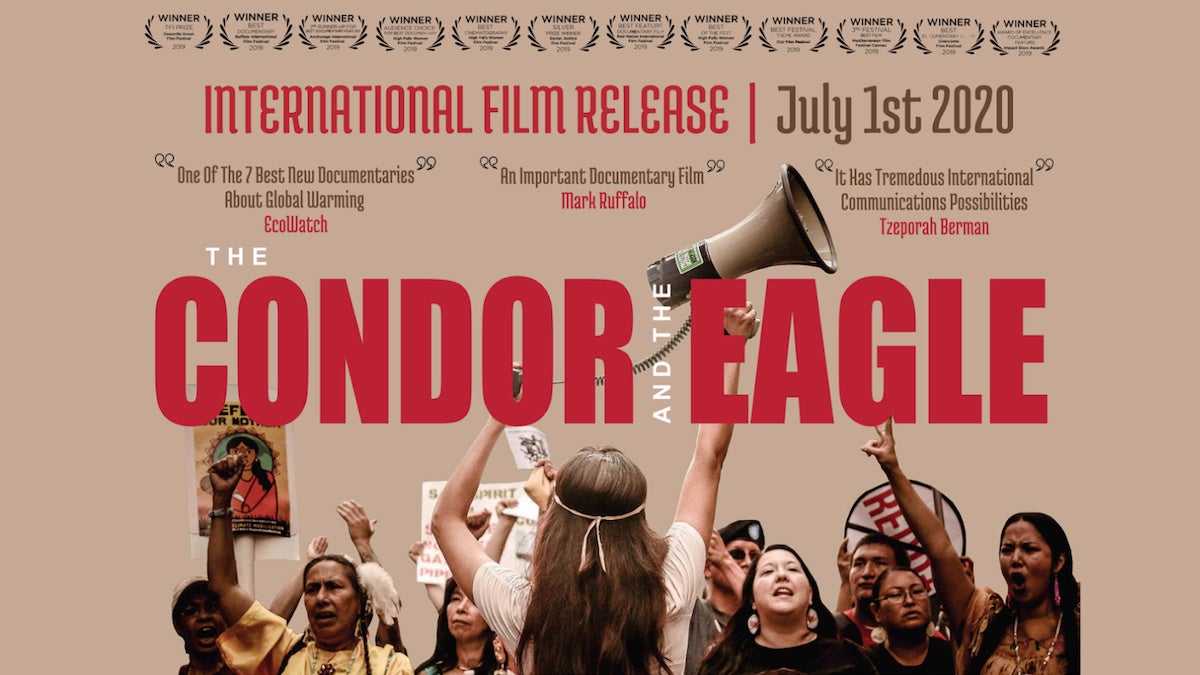 A soon-to-be-released feature film exemplifies how independent media initiatives can be powerful tools for social and environmental justice organizing. Challenging the isolation and impotence that many are feeling in the face of the current health and racial crises, the internationally acclaimed documentary The Condor & The Eagle and its impact campaign “No More Sacrificed Communities” bring us together in these challenging times – reminding us of our deep interconnectedness with the Earth and one another.

As we work to prevent the spread of COVID-19, environmental racism is presenting a deadly parallel threat for Indigenous peoples across North and South America, who continue to defend the lands and waters, protecting their communities from extraction and the pandemic. Meanwhile, the climate crisis has not paused as we battle racialized violence and COVID-19. On the contrary, as countries ease restrictions, emissions levels have rebounded to just 5% lower than last year at this time, and experts warn that we could be facing increased emissions by year’s end. Meanwhile those at the front lines of the struggle for climate justice are battling disproportionately high rates of infection from Covid-19 while facing heightened risks of violence and illness from the extractive industries.

A PROFOUND WORK OF CLIMATE JOURNALISM

Oscar-winning editor and producer Douglas Blush says: “This documentary takes the struggle for climate justice beyond the standard borders of separate nations using thrilling cinematography, deeply personal stories and the urgency of tomorrow’s headlines. The Condor & The Eagle is both a profound work of climate journalism and an exhilarating, emotional adventure film.”

The recent burning of the Amazon, the mega-fires in Australia, and the current political climate bode ill for our planet’s future habitability. But there is hope. This internationally acclaimed documentary chronicles the ongoing collective climate awakening and the imperative of urgent change. The film asks how social change happens, and explores best practices for building effective social movements, led by the most affected. As world climate scientists predict unprecedented global catastrophe, The Condor & The Eagle features Indigenous women leaders at the head of an unparalleled global response.

Four Indigenous leaders embark on an extraordinary transcontinental adventure from the Canadian boreal forests to deep into the heart of the Amazonian jungle to unite the peoples of North and South America and deepen the meaning of “climate justice.” The Condor & The Eagle offers a glimpse into a developing spiritual renaissance as the film’s four protagonists learn from each other’s long legacy of resistance to colonialism and its extractive economy. 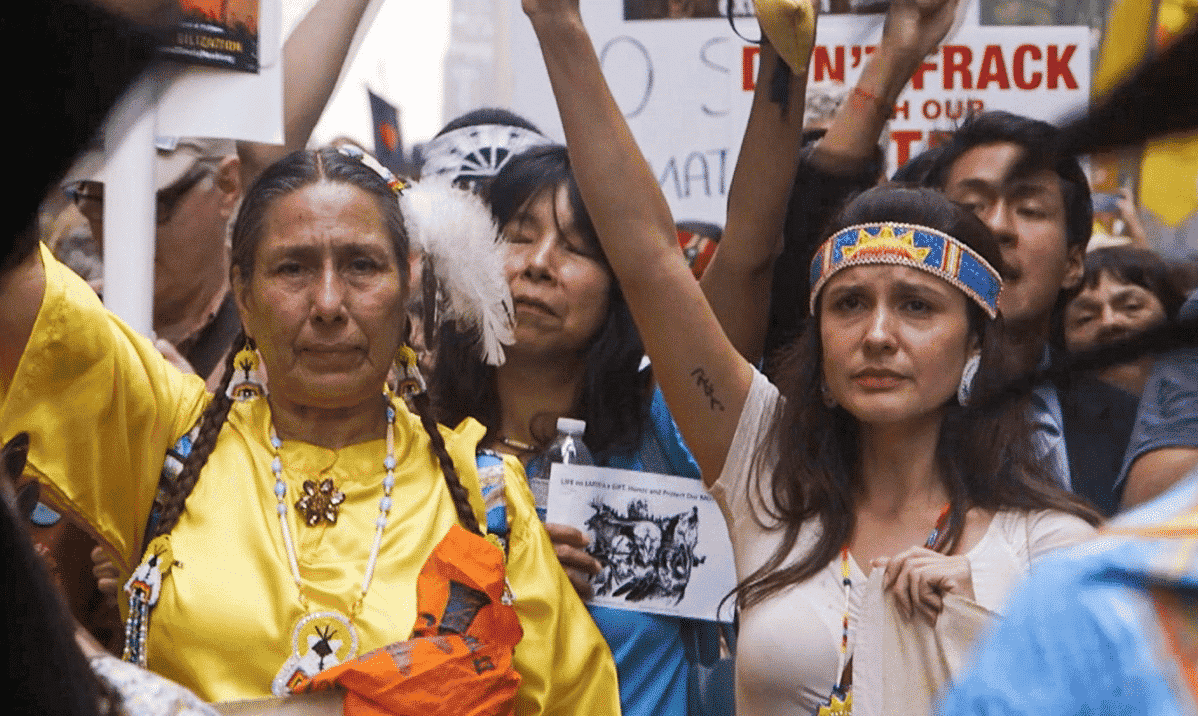 Indigenous leaders, environmental groups (including Amazon Watch, Sierra Club, Extinction Rebellion), divestment and interfaith coalitions (including Interfaith Power and Light, Unitarian Universalists) are hosting impressive online events, presenting the film to large audiences along with a live-screen discussion with film and movement protagonists. In the weeks and months ahead, the film’s impact campaign, “No More Sacrificed Communities,” will explore how media highlighting the voices from impacted communities can compel a shift from witnessing environmental destruction to practical actions for sustainable, community-based initiatives.

Each of more than a dozen online events is hosted by a different organization and offers the opportunity to raise funds for key environmental justice groups and impacted communities that are leading the charge against destructive fossil fuel projects. 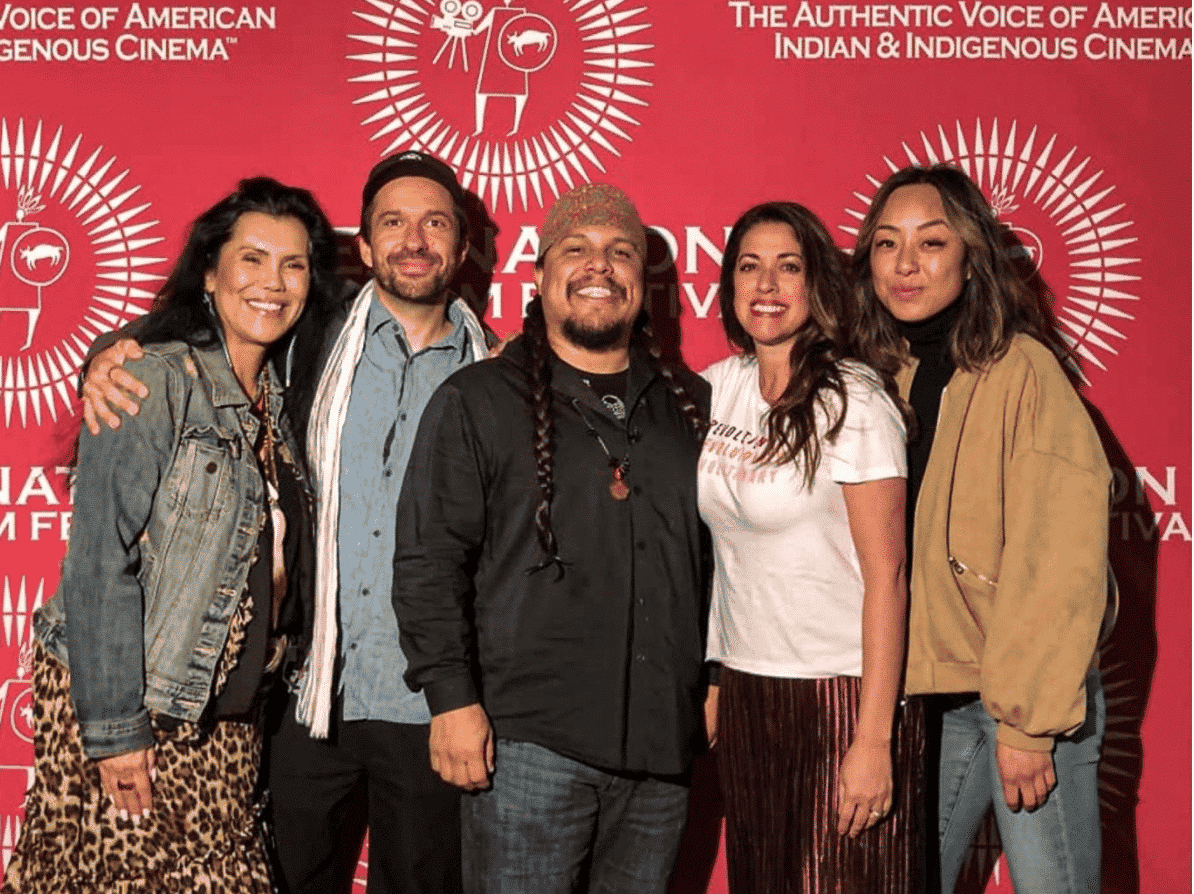 Since its premiere at the Woodstock Film Festival in October 2019, The Condor & the Eagle has been selected by more than 50 film festivals and has won 12 awards, most notably Best Environmental Documentary at the 2019 Red Nation International Film Festival in Beverly Hills, California.

The film’s international release date is set for Wednesday, July 1, and it will be available for rent on the Films For Action website. That day also marks the film’s Latin American premiere with “Defending the Defenders of the Mother Earth / Defendiendo las Defensoras de la Madre Tierra,” a bilingual screening event featuring Bertha “Bertita” Zúñiga Cáceres of Honduras, daughter of the environmental martyr Berta Cáceres, and the director, among others.

A MESSAGE FROM THE FILMMAKERS

The film was directed and produced by Clement Guerra, a 37-year-old French international marketing manager, and his German wife Sophie. The couple left their comfortable careers in Europe and took their savings to live in a camper van and spend five years documenting the Indigenous-led climate justice movement.

“We don’t want to be ‘extractivist’ filmmakers, but rather ones who work hand-in-hand with communities,” Clement told The Esperanza Project in a recent interview, The Condor & The Eagle’ Takes Flight. “On a personal level, this whole experience helped us face our own privilege, and we quickly realized that the pollution outside reflected the ego-toxicity we are carrying on the inside. We have been conditioned to believe that we are skin-encapsulated egos, that we are each an ‘I’ separate from every other ‘I.’ Thanks to our journey and the process of making this film, we came to realize that we all depend on each other; we are not separate.”

You can support the team impact work HERE.