How ALEC Stacks Deck Against Renewables in Ohio 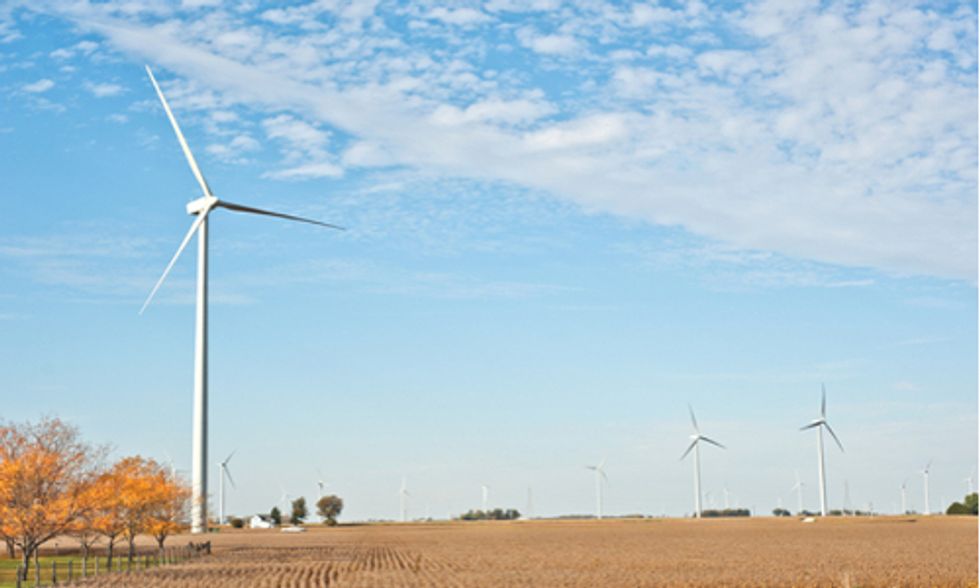 When Ohio's legislature passed a two-year freeze on Ohio's clean energy standards that was signed into law by Gov. John Kasich in June, it became the first state in the U.S. to move backwards on renewable energy. The bill, SB 310, was accompanied by a mandate to appoint a panel to hear testimony and decide if the freeze should be permanent. Many felt it was virtually a foregone conclusion, given some of the wording in SB 310 that said this was a step toward consideration of permanent repeal.

Those opposed feel that ALEC is using Ohio as a “test lab” for the legislation it hopes to enact around the country.
Photo credit: Shutterstock>

Added evidence that that's the goal came as Senate President Keith Faber named the legislators to serve on the panel. It's packed with opponents of clean energy standards, including five who voted for SB 310.

At the top of the list is State Sen. Bill Seitz from Cincinnati, who sits on the national board of the American Legislative Exchange Council (ALEC), the lobby group that writes conservative, pro-corporate "model legislation." Repealing clean energy standards is one such bill. In the past, Seitz has been melodramatic in his opposing to the standards, comparing them to Stalin’s five-year plan and the Bataan Death March. He also invited rightwing climate-denying group the Heartland Institute to testify against them and charged that the testimony of opposing witnesses constituted a “filibuster.”

The panel includes four Republicans and two Democrats, reflecting the gerrymandered composition of the Ohio legislature. The appointees are Republicans Troy Balderson of Zanesville (R), who introduced the repeal bill, Cliff Hite of Findlay (R) and Bob Peterson (R) of Sabina, also an ALEC member, and Democrats Shirley Smith (Cleveland) and Capri Cafaro (Hubbard). Cafaro was the lone opponent of HB 310. The unpredictable Smith, who ran for county executive in her home county and endorsed the extremist Republican candidate after losing in the primary, voted in favor of the freeze. She was appointed over objections of Democratic leadership. Senate minority leader Joe Schiavoni said Faber told him Smith was appointed because of her support of SB 310.

“When it comes to clean energy, Ohioans just get it,” said Brian Kaiser, director of green jobs and innovation for the Ohio Environmental Council. “Ohioans want more clean energy, not less. But that's not how most lawmakers at the Statehouse in Columbus are voting. The problem is that politicians in Columbus are more concerned with the opinions of utility giants like FirstEnergy and fossil fuel-funded special interest groups than they are with the views of the average Ohioan."

When the standards were first passed in 2008, they were uncontroversial. They passed the state Senate 32-0 and the State House 92-1.

Those opposed feel that ALEC is using Ohio as a “test lab” for the legislation it hopes to enact around the country. Twenty-nine states currently have renewable energy standards. The ALEC repeal  legislation, aka the “Electricity Freedom Act,” has been introduced and rejected in many of them, including Kansas, Missouri, Texas, Montana, West Virginia and North Carolina. It has just been introduced again into the Michigan legislature by state representative Tom McMillin, who has ties to ALEC and has previously introduced its model bills.