How a Wyoming Wind Farm Could Save California $750 Million 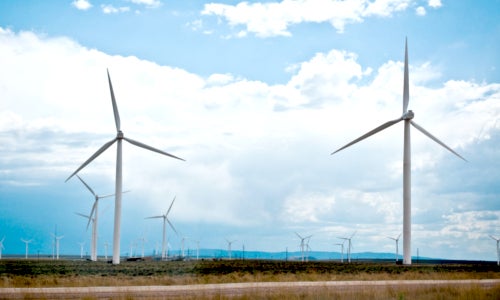 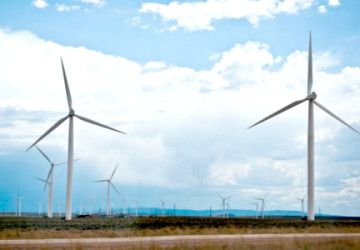 California law says that a third of the state’s energy must come from renewable sources by 2020. A proposed 500-square-mile, $8 billion wind farm developed by Anschutz Corp. in Wyoming could provide up to 3,000 megawatts of this power, or about three nuclear reactors’ worth.

A preliminary National Renewable Energy Laboratory (NREL) report from late January found that wind power from the Cowboy state could save ratepayers in the Golden state a lot of gold—up to $750 million annually.

Greg Brinkman, an energy analysis engineer at NREL told the Casper Star-Tribune that the findings of their study are consistent with previous studies. Their research found that Wyoming wind projects have a cost-benefit ratio of 2.8 to 1 when compared to California solar, wind and geothermal. Wyoming wind is very strong and reliable, and the cost-effectiveness benefits from large economies of scale.

“When utilities planners see numbers of two or higher, this is relatively unusual, and indicates very positive economics, very positive incentives to make this investment,” he said.

Anschutz’s wind farm would connect to California via a 750-mile transmission line traveling down toward the Hoover Dam. The line itself would cost $3 billion, and with construction likely starting next year it is expected to begin operating in 2017. The distance between energy production and consumption is not the only gulf in the proposed project. While more renewable energy is California’s ultimate goal, some see the wind farm as a cop out that allows a coal-reliant state to keep churning out dirty energy for itself while it profits from local economic benefits that could be of value to Californians.

“If we are taking renewable power from Wyoming, while they burn coal, then you aren’t accomplishing very much,” Severin Borenstein, a UC Berkeley expert on the California electricity market, told the Los Angeles Times.

While many Californians may prefer to buy locally generated, smaller-scale renewable power that supports in-state jobs and avoids constructing high-impact transmissions lines, electricity cost jumps of up to 27 percent over the next 15 years are also a major concern. Integrating faraway renewable sources into the state’s grid may be the most effective compromise to achieve renewable goals.

The cost discrepancy between wind power and coal power is shrinking, even when it’s generated in Wyoming’s Powder River Basin. In December, Stephen Byrd, Morgan Stanley’s head of North American Equity Research for Power & Utilities and Clean Energy, said that wind farms in the Midwest are signing power agreements at costs as low as $25 per megawatt-hour.

“In the Midwest, those wind plants are, many times of the day, competing against efficient nuclear plants and efficient Powder River Basin coal plants,” Byrd said. “Powder River Basin coal plants have a variable cost of between $20 and $25 per megawatt-hour, so in the Midwest, it’s fairly vicious competition between very efficient wind farms—which are always called on first because they have no variable cost—and coal and nuclear.”