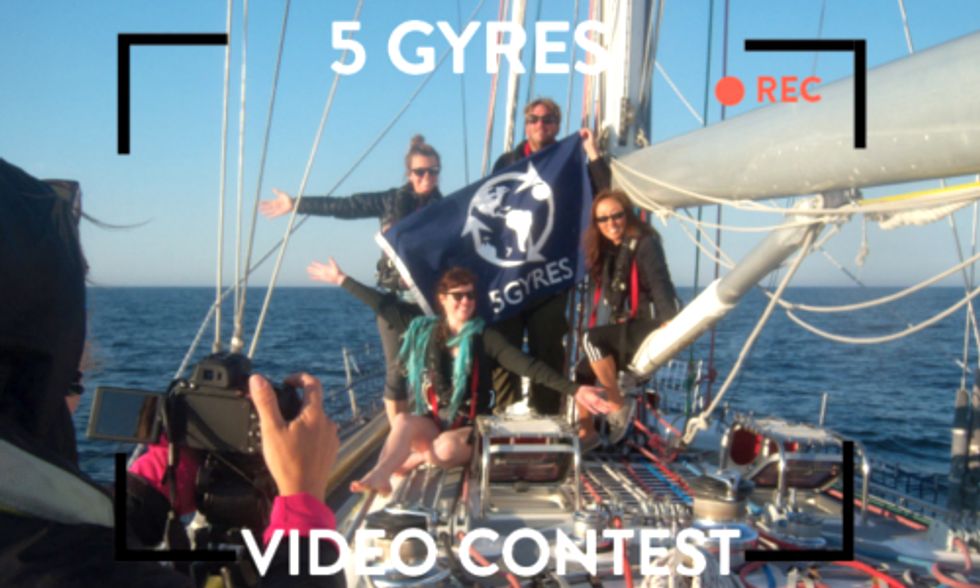 The 5 Gyres Institute is searching for some help with a June expedition to Iceland, and a 30-to-45-second video could land you a spot on its Sea Dragon sailing vessel.

Three years ago, the nonprofit organization found evidence of plastic in all five oceanic current systems as part of the world's first global survey of plastic marine pollution. Now, the group is heading to the Atlantic North from June 7 to June 29 to understand the density and distribution of microplastic pollution across the subtropical and subpolar gyres. The winning contestant will receive airfare to Bermuda and back from Iceland, in addition to an expedition spot. The organization says that prize is worth $10,000.

The winer will be decided by an online vote at 5gyres.org—the same site where people can enter the contest.

A 30-to-45-second video will land somebody a spot on an Iceland expedition to examine plastic pollution distribution across gyres. Photo credit: 5 Gyres

"5 Gyres expeditions are like an activist factory," said Stiv J. Wilson, who joined 5 Gyres after quitting another sea job. "Several other people from our expeditions have gone on to start organizations focused on plastics issues. We empower people with knowledge and an authentic vantage from gyre central to make a difference. And they do."

Video submissions should include an explanation of what the entrant would do with the acquired knowledge and why they should be selected. Anybody can vote online by viewing 5 Gyres' video gallery. The organization is accepting submissions through April 22.

Wilson admits that the price tag on most exhibitions can be cost-prohibitive, which is why the organization wanted to help an individual with the drive and desire to research plastic pollution.

"It's always been our practice on expeditions try to subsidize one of the seats ourselves and invite someone for free," he said. "This time around, we decided to let our community decide who that is."

As 5 Gyres recruits entries for the contest, it reminds people that the expedition won't be the least bit glamorous. In fact, it's "hardcore."

"This isn’t a pleasure cruise, this is a hardcore sailing adventure aboard a working ship where crew will be expected to participate in every aspect of the expedition," according to the institute. "This is includes participating in plastic research, ship navigation and handling and sharing all onboard duties with the other crew."

Plastic Pollution in Great Lakes Most Concentrated in the World