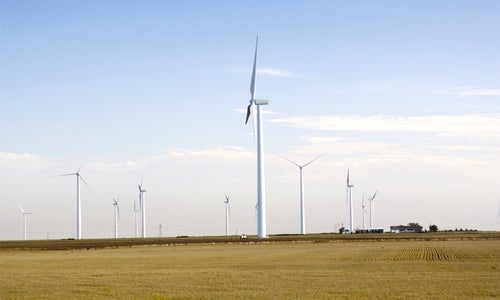 Good news from America’s heartland: A bipartisan coalition in the Kansas House stood with Kansans this week in support of clean and renewable energy, turning back yet another attempt to repeal the state Renewable Portfolio Standard (RPS) aimed at fostering homegrown resources like wind and solar power.

Specifically, 76 members of the Kansas House of Representatives defeated a “Senate companion bill” aimed at repealing the state RPS that the state Senate passed 15-25 after using a rare legislative maneuver on Monday.

The vote, which kills the repeal effort for now, marks another major defeat for the American Legislative Exchange Council (ALEC) and the other front groups backed by fossil fuel interests trying to stymie the growth of clean energy in America. 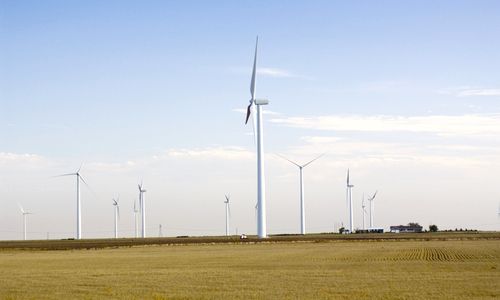 Kansas has a great chance to continue fostering the development of wind farms like this one near Dodge City, now that the state House of Representatives shot down a Senate companion bill to repeal the renewable energy standard in the state. Photo courtesy of Shutterstock

ALEC tried to repeal Renewable Portfolio Standards—targets requiring that a certain percentage of electricity be generated from clean energy—in Kansas and 12 other states last year, but failed each time.

It’s extraordinary to witness the lengths that the ALEC-sponsored Senate bill sponsors went this year in order to move their RPS repeal efforts in defiance of strong popular support expressed by nine out of ten Kansans who say they want more clean energy including energy efficiency and renewable energy like wind and solar. They know that the Kansas RPS has spurred over $7 billion in investment in the state and created over 13,000 jobs in an otherwise sluggish economy.

The Kansas Senate bill’s sponsors had pulled a rarely-used legislative procedural trick known as “gut and go”—essentially gutting the contents of an existing bill in committee and getting the new language to “go” to a full floor vote, lickety split. But the Kansas House reminded their Senate counterparts of the consequences of using such tactics by defeating the companion measure in their chamber.

Perhaps taking cues from their fossil fuel industry backers, these Senators thought they could just drill beneath the daylight of transparent lawmaking procedures and public support for clean energy. Once they were deep underground they realized it’s not easy to see what’s in front or beside them. Their counterparts in the House came to the rescue, which is fortunate for Kansans.

Unfortunately, however, attempts to repeal the Kansas RPS are becoming an annual rite in the wind and solar-rich heartland state. My Midwest NRDC colleague David Weiskopf noted last week:

“Here in the Midwest we are seeing the perennial first signs of Spring: a few early buds are appearing on the magnolia trees, rivers and lakes are starting to thaw, and of course, ALEC and the Koch brothers are pushing yet another pointless and harmful attack on Kansas’s wildly successful Renewable Energy Standard.

This year’s bill, SB 433, is sponsored by the Kansas Senate’s Committee on Ways and Means, which is chaired by Ty Masterson, a known ALEC member and supporter of last year’s failed attack on renewable energy policy in Kansas.”

This week’s action in the Kansas House doesn’t defeat the issue for this year. However, the vote sends a very strong signal to the opposition that Kansans care deeply about sustaining prosperity in their state and they know that policies such as the state RPS align strongly with this core value, bringing thousands of new jobs and billions in business opportunities back to the heartland.