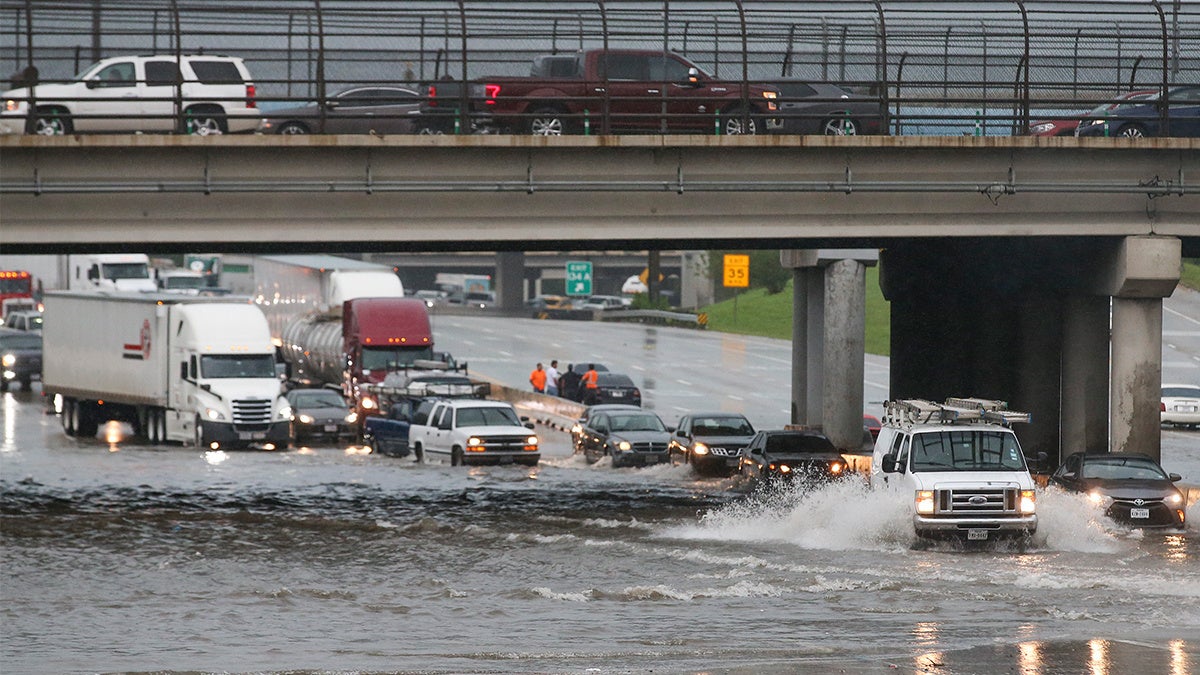 Two have died and at least 1,000 had to be rescued as Tropical Storm Imelda brought extreme flooding to the Houston area Thursday, only two years after the devastation of Hurricane Harvey, the Associated Press reported Friday.

In Jefferson County, Texas Imelda dumped more than 40 inches of rain in 72 hours, according to preliminary estimates by the National Weather Service. If the figures hold, they would make Imelda the seventh wettest tropical cyclone in U.S. history.

“This happened very quickly,” Houston Mayor Sylvester Turner told The Houston Chronicle. “But it’s just demonstrating that in this day and time, climate change is real. And we no longer have to be concerned just with a hurricane. We have to be concerned with almost any sort of weather system that can quickly evolve into a major storm and produce a great deal of rain.”

Tragically, Imelda’s flooding claimed two lives. One 19-year-old was drowned and electrocuted while trying to move his horse to safety during a thunderstorm. Another man in his 40s or 50s died when trying to drive through eight feet of water near Houston’s George Bush Intercontinental Airport, the Associated Press reported.

One family said the freeway near the North Street overpass looked the same way it did during Harvey.

“We shouldn’t be used to this,” father Alejandro De Almaida told The Houston Chronicle. “Harvey was the 500-year flood, so we weren’t expecting this after two years.”

In some parts of Texas, officials said the flooding was even worse than during Harvey. A hospital in the town of Winnie, 60 miles east of Houston, had to be evacuated, and homes and businesses in the town of around 3,200 flooded as well.

Beaumont, in Jefferson County, was especially hard hit, CNN reported. The Texas Game Wardens posted a dramatic video on Facebook as they conducted water rescues in the area.

“The situation here is turning worse by the minute,” Michael Stephens, a resident of the nearby city of Vidor, told CNN from an apartment where he was trapped by flood waters Thursday. “People have snakes in their apartments from the creek. … (We) also have elderly disabled people stuck in their apartments.”

Stephens also said the flooding was worse than what he remembered from Harvey.

Texas Gov. Greg Abbott declared a state of disaster for 13 counties Thursday. Abbott, a Republican, has said it is “impossible” for him to say whether he believes anthropogenic climate change is responsible for the extreme weather events that are increasingly impacting his state, the Associated Press reported Friday. Still, he approved billions of dollars in flood prevention and coastal defenses earlier this year.