Houston, Tell Your President We Have a Problem: It’s Called Climate Change 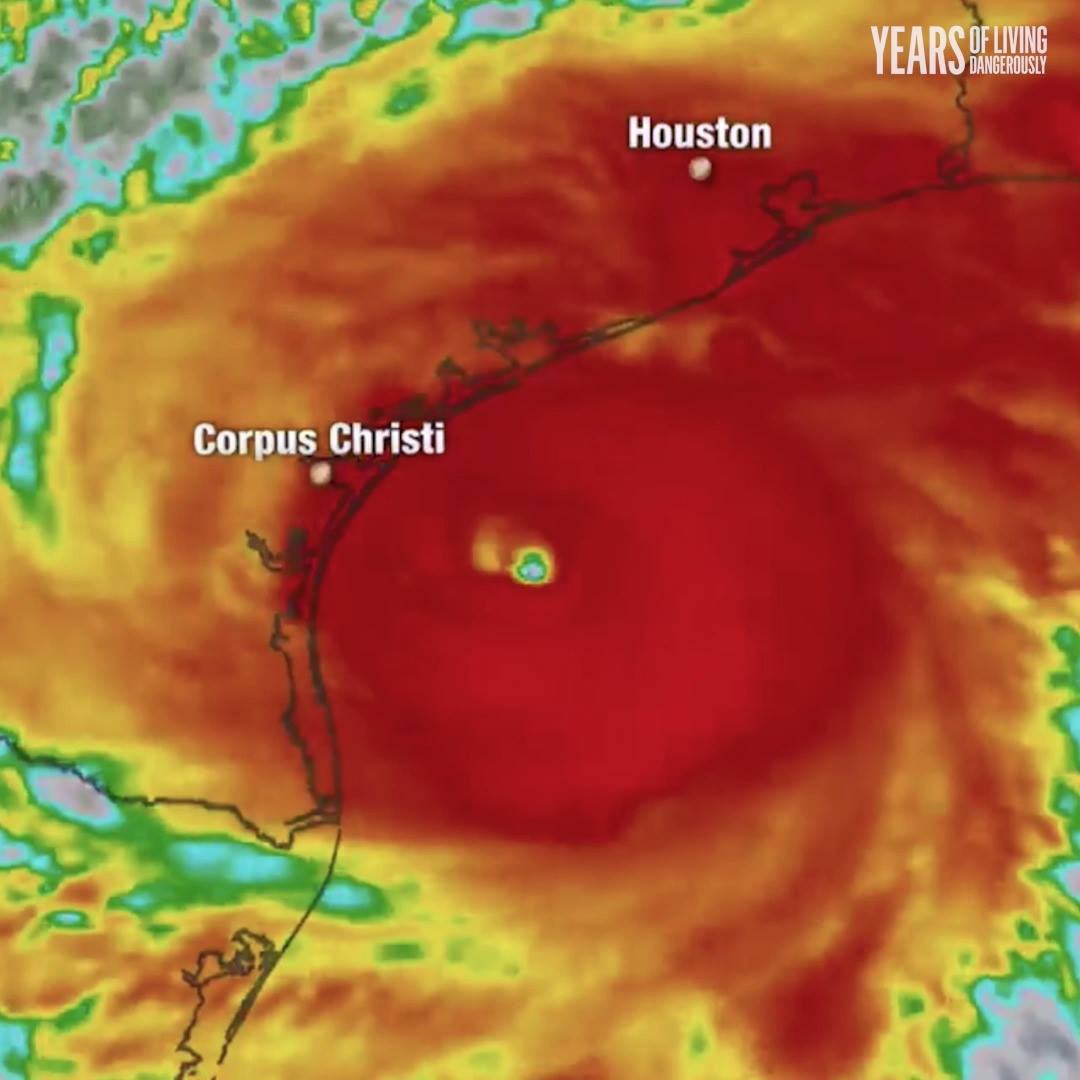 Texas has never seen rain like it. Some forty to sixty inches of rain in some places. More than nine trillion gallons of water or maybe even more. There has been so much rain that the National Weather Service had to add extra colors to its rainfall map.

Anyone watching the unfolding catastrophe in Texas caused by superstorm Harvey cannot but offer thoughts and solidarity to those affected communities in their hour of need.

You hope everyone reaches safety and stays safe as the waters continue to rise. If you are looking for ways to help, there are simple ways to do so.

But the best response to a disaster is to learn lessons to prevent the next one. No one who has witnessed the horror of losing their home to the ever increasing flood waters and who is now effectively homeless and who will spend months, if not years, rebuilding their lives, would wish the same on anyone else.

So what are the lessons?

We know that Trump’s visit Tuesday will be a political charade for the news networks. This is a climate denying president who just a couple of weeks before the disaster announced a new executive order, which would have unrolled a previous order by President Obama, which had been designed to improve “climate resilience” and protect critical infrastructure threatened by climate change.

At the time, Sierra Club Executive Director Michael Brune said, “This is climate science denial at its most dangerous, as Trump is putting vulnerable communities, federal employees and families at risk by throwing out any guarantee that our infrastructure will be safe.”

Don’t forget Trump has form on this: apart from removing references to climate change on websites and disbanding scientific committees, he had previously told his administration that the federal government did not need to treat climate change as a national security threat, despite nearly 130 military bases being considered at risk from climate change.

What are the longer term lessons from Harvey?

The U.S. may never have experienced a storm with so much water as Harvey before, but it will again. And we were warned that this would happen. But the politicians were not listening. They were warned again. But they did not listen. Because this is climate change in action.

We know climate change is making weather more extreme. We know hotter sea surface temperatures can add to more moisture in the atmosphere. We know that more moisture in the atmosphere in turn means the amount and intensity of storms is going to be worse. We also know that the sea is half a foot higher than previously in the Texas region due to sea level rise and coastal subsidence and warmer temperatures.

As professor Michael Mann, the renowned climate scientist, said, “There are certain climate change-related factors that we can, with great confidence, say worsened the flooding … Harvey was almost certainly more intense than it would have been in the absence of human-caused warming, which means stronger winds, more wind damage and a larger storm surge.”

Mann is not the only one drawing parallels between the two. The meteorologist Eric Holthaus so forcefully wrote in Politico, “There’s an uncomfortable point that, so far, everyone is skating around: We knew this would happen, decades ago. We knew this would happen, and we didn’t care. Now is the time to say it as loudly as possible: Harvey is what climate change looks like.”

He added, “More specifically, Harvey is what climate change looks like in a world that has decided, over and over, that it doesn’t want to take climate change seriously.”

Holthaus goes onto argue that “The symbolism of the worst flooding disaster in U.S. history hitting the sprawled-out capital city of America’s oil industry is likely not lost on many. Institutionalized climate denial in our political system and climate denial by inaction by the rest of us have real consequences. They look like Houston.”

So Houston, when President Trump visits the region Tuesday, you can tell him that Harvey was made worse by climate change. And tell the president the first simple thing he could do to prevent another Houston is to admit that man-made climate change is real and is happening.

It is that simple.

After that we can start having a more meaningful—yet equally urgent—conversation about the causes of climate change and the need to disinvest from fossil fuels.

As Steve Kretzmann, the founder of OCI stated, “If we don’t want this to become the new normal, and worse, we need to bring fossil fuel companies to justice, hold fossil fueled politicians accountable and move our economy, our country, and our world off of fossil fuels. Literally As Soon As Possible.”