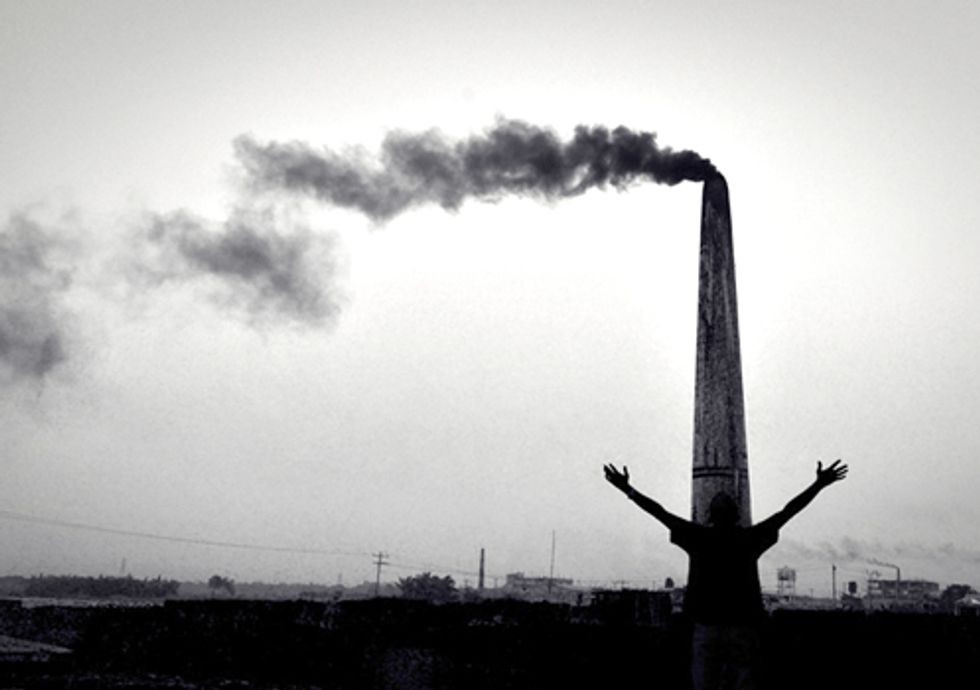 *To read the official NRDC statement on the Gasoline Regulations Act of 2012 passed today by the House Subcommittee on Energy and Power, click here.

What do gasoline prices have to do with eliminating Americans' 40+ year right to clean air?

Nothing—and everything to some House Republicans.

In a gratuitous legislative assault that is cynical even by jaded Washington standards, Rep. Ed Whitfield (R-KY) has introduced a draft bill entitled the “Gasoline Regulations Act” that repeals Americans’ right to breathe healthy air.

If that doesn’t make sense to you, you’re not alone. This bill is a parade of horribles lined up to delay and block health and environmental protections involving oil and gas. But the bill’s most pernicious feature—which proponents prefer not talking about—would force Americans to breathe unhealthy levels of air pollution from all industrial activities across the nation, not just from oil and gas facilities.

Just like its backward cousin, 2011's TRAIN Act, this professed “study” bill would create layers of bureaucratic red tape and delays, obstructing public health safeguards that protect Americans against dangerous air pollution. As my colleague Scott Slesinger put it, the bill “raises the cost of gasoline to a new level: Americans would have to pay with both their money and their health.”

Though there are many aspects of the bill that are deeply troubling, Rep. Whitfield has included the worst attack on clean air safeguards at the very end of his bill.

Section 6 of the bill eliminates the forty year-old requirement  that EPA base clean air standards on health science and medicine alone in determining whether the air is safe to breathe. Just like its predecessor, Rep. Latta’s amendment to the TRAIN Act, section 6 of the Gasoline Regulation Act forces EPA to define healthy air based in part on the “feasibility and cost” to polluting industries rather than what is healthy according to medical science.

Clean Air standards would no longer be based upon what is necessary “to protect the public health,” “allowing an adequate margin of safety” to protect the vulnerable, including the elderly and asthmatics.

For more than 40 years, the Clean Air Act has required air quality standards to be founded on science and the best medical understanding of air pollution’s health hazards. Economic considerations may not distort the scientific decision over how much air pollution is unhealthy for Americans. Economics can and do factor in to how best to reduce unhealthy air pollution levels using cost-effective measures. So when implementing the law’s air pollution control programs, costs may be considered to ensure the most cost-effective, feasible measures are selected while still cleaning up air pollution to levels that medical science considers genuinely healthy.

The Gasoline Regulation Act's irresponsible legislative maneuver would compel EPA and all of us to accept air quality standards that are not protective of public health. Instead, the legislation would force EPA to set unprotective air quality standards for smog, soot, lead and other pollution that are at odds with health science, based on cost complaints by polluting industries.

Worse, the bill would compel EPA to misrepresent the healthiness of air quality to the American people. Clean air would no longer be “clean” based upon whether medical science shows humans are unharmed by given levels and concentrations of air pollution. Instead, air quality would be “clean enough for polluters’ bottom lines,” departing from genuinely healthy air quality if economists and political appointees in a future administration decided it would cost industrial polluters “too much” to clean up air pollution that, after all, they force upon all of us.

Why would Congress wish to change the Clean Air Act to compel deliberate and conscious lying to the American people about something as basic as clean air? Why would a Congressional bloc wish to rob Americans of their fundamental right to honestly, medically-defined clean air, a right we all have enjoyed since the Clean Air Act was adopted in 1970?

The answer is that the country’s biggest polluting industries and their lobbyists have been clamoring for decades to eliminate the Clean Air Act's foundational right to clean air. And this longstanding industry lobbying campaign shows why this bill has nothing to do with gasoline prices and everything to do with fulfilling a strident demand on an industry wish list.

The legislation’s objective is to overturn a unanimous 2001 Supreme Court decision by Justice Scalia that upheld Americans' right to clean air. The Supreme Court ruled there that any consideration of cost to polluting industries would violate the Clean Air Act when EPA sets health standards for ozone or other air pollutants.

The House Subcommittee on Energy and Power has scheduled a markup of the Gasoline Regulation Act that starts on April 16. Expect the bill's proponents to talk very little or not at all about eliminating Americans' right to breathe clean air.

Rep. Whitfield’s Gasoline Regulations Act is just the latest example of House Republicans attacking clean air and health safeguards, following an unprecedented legislative barrage in 2011. The bill won’t do a thing to lower gas prices—and proponents have not presented one shred of evidence that eliminating the right to clean air will lower gasoline prices.

But the bill will make our air less safe to breathe. That point cannot be seriously disputed; the very aim of the legislation is to eliminate the right to safe air and replace that with unsafe air that polluters deem to pose tolerable costs to their balance sheets. If House Republicans were really interested in easing Americans’ pain at the pump, they would look for real solutions to reducing our dependence on foreign oil, instead of taking away all Americans’ right to breathe clean air.