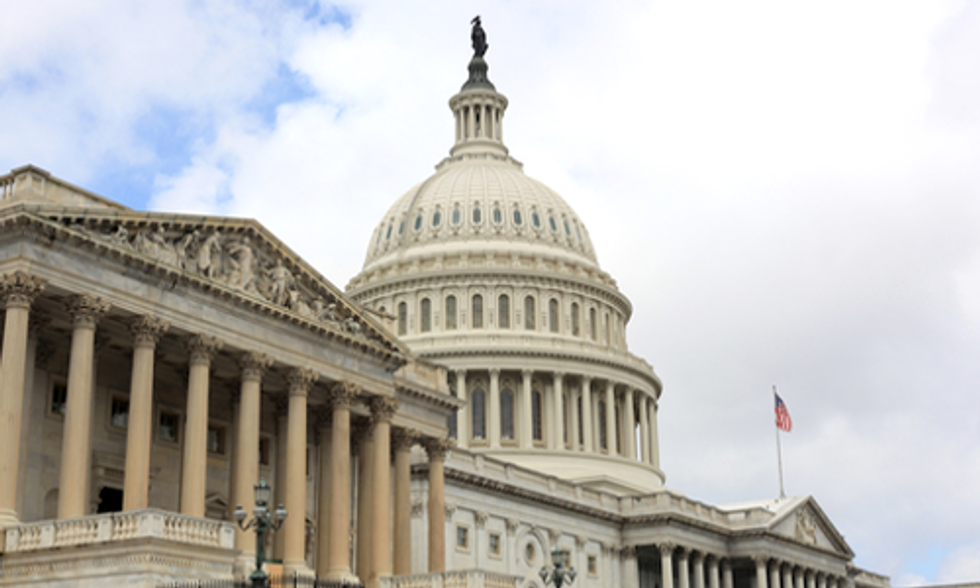 The first week of February was a trying time for wildlife conservation. The U.S. House of Representatives literally waged a week-long war on wildlife and wildlands, passing three anti-wildlife bills.

The first bill, H.R. 3590, the Sportsmen’s Heritage and Recreation Act, came to the floor Feb. 4.

Under the guise of expanding hunting and fishing access on public lands, H.R. 3590, so-called “sportsman’s legislation,” undermines the Wilderness Act and environmental reviews on national wildlife refuges. This bill silences the voice of citizen stakeholders in refuge decision-making by permanently exempting all national wildlife refuge management decisions from review and public disclosure under the National Environmental Policy Act (NEPA).

In one fell swoop, this exemption would waive environmental reviews for the entire National Wildlife Refuge System, an enormous and dangerous loophole that would apply to more than 150 million acres of federal land and water and would take away the ability of the public to weigh in on development, road construction, water management and other decisions that could severely impact wildlife on refuges. The legislation also disproportionately elevates hunting above other uses on public lands and requires land managers to facilitate shooting ranges. The vote on this bill was the worst of the week, passing by 268-154.

H.R. 3964 is a radical and unjustified response to California drought that is meant to achieve two disastrous goals: override Endangered Species Act (ESA) protections in the California Bay-Delta and shut down the San Joaquin River Restoration Program. The California Bay-Delta is the largest bay-delta ecosystem on the West Coast and provides habitat to 750 species of plants and animals. The bill uses the drought to attack these important programs and make them scapegoats for the water crisis in California. H.R. 3964 also would explicitly preempt state water law and water rights, overturning more than a century of precedent under the 1902 Reclamation Act.

In addition, the bill directs the U.S. to breach its obligations to restore the San Joaquin River, a settlement that farmers, fishermen, conservation groups and the state and federal governments continue to support and implement. It would also dramatically weaken or eliminate federal laws protecting salmon and other native fish in California, which protect thousands of fishing jobs in California and Oregon and protect water quality for Delta farmers. The bill passed the House by a vote of 229-191.

The third bill, H.R. 2954—deceptively titled as the Public Access and Lands Improvement Act—is in reality a whole package of damaging bills, and it came to the House floor Feb. 6.

H.R. 2954 includes a number of environmentally destructive public lands bills. The first would overturn the very successful and hard-won wildlife conservation protections at Cape Hatteras National Seashore (HR. 819). The next eliminates or delays reviews of grazing leases necessary to ensure sound conservation of species like the imperiled greater sage-grouse (HR. 657). And the last mandates salvage logging on more than 150,000 acres of the Stanislaus National Forest and 129 acres of Bureau of Land Management (BLM) land impacted by the California Rim Fire, while waiving all federal law and eliminating the public’s ability to seek administrative and judicial review (H.R. 3188).

This bill would overturn a multi-year National Park Service process at the Cape Hatteras National Seashore that has resulted in balanced provisions that protect threatened piping plover shorebirds and endangered nesting sea turtles while preserving the economic health of the community. The grazing provisions would prohibit public protest of grazing decisions and frustrate the ability of the BLM and the U.S. Forest Service to implement new conservation measures as part of their joint National Greater Sage-Grouse Planning Strategy. The bill’s salvage logging provisions ignore the substantial scientific evidence that salvage logging impedes landscape recovery, leaves behind slash materials that increase fire risk and fouls drinking water supplies with disrupted sediment and silt. This bill passed the house by a vote of 220-194.

Defenders of Wildlife worked hard to oppose all of these bills. Given the anti-environmental majority in the U.S. House of Representatives, we knew there would be no chance of defeating them, but it was important to maximize the number of votes in opposition to the legislation to send a signal to the Senate and the Obama Administration that these bills are controversial and not worth pursuing. Defenders of Wildlife contacted numerous House offices personally to encourage votes against the bills, sent letters and materials opposing the bills, worked closely with allies on the Hill and in the administration, reached out to the media to raise awareness, and asked our members to weigh in to oppose the "Week of War on Our Wildlife and Wildlands." We’re glad to say that nearly 45,000 answered the call and reached out to representatives to encourage them to protect wildlife and habitat.

There were house members that tried to make things better and address the extreme nature of these bills with positive amendments. Defenders of Wildlife also put considerable energy and effort into supporting a number of these initiatives. For example, we took the lead in coordinating a coalition of groups to raise awareness and encourage members to support the Wildlife Refuges and NEPA amendment to the Sportsmen’s bill (H.R. 3590) sponsored by Rep. Ellison (D-MN) and Rep. DeFazio (D-OR). This amendment would have protected wildlife refuges and the public’s ability to weigh in on important decisions impacting wildlife and recreation. These amendments were also unsuccessful, but extremely important both for getting members on the record and for sending signals to the Senate and the Obama Administration.