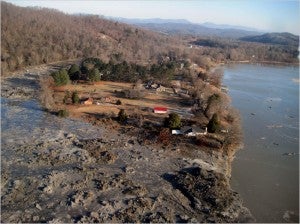 The U.S. House of Representatives passed Coal Residuals Reuse and Management Act (H.R. 2273) Oct. 14—a bill that endangers the health and safety of thousands of communities.

“It’s no wonder that Rep. David McKinley, who introduced this reckless and dangerous bill, received an ‘F’ for his clean water voting record. Coal ash is a dangerous by-product of burning coal, and contains mercury, arsenic, lead and other life-threatening pollutants that leach into the water supply.

“To keep their operating costs as low as possible, however, polluters are digging in their heels and marshaling their pro-polluter allies in Congress against commonsense operating standards and public health protections.

“Rep. McKinley and other members of Congress who voted for H.R. 2273 are catering to polluter interests over the health and well-being of their constituents. This bill is yet another dangerous attack by House leadership on public health protections, and we urge the Senate to reject it.”