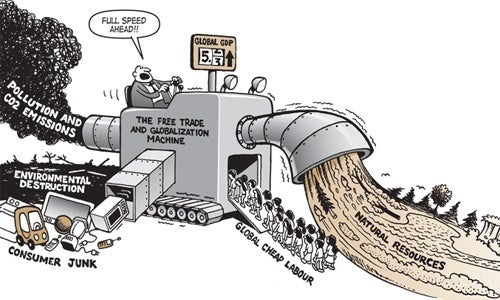 The U.S. House of Representatives on Friday dealt a serious blow to President Obama’s corporate-backed trade agenda, while erecting a major stumbling block for proponents of Fast Track, or trade promotion authority. 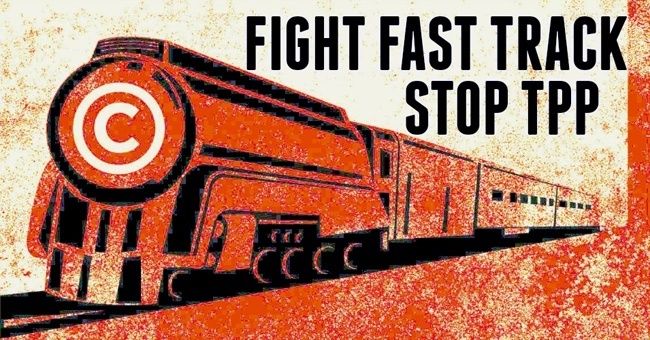 The House on Friday kicked the can further down the road on Fast Track. Credit: Electric Frontier Foundation

After a tense showdown and multiple votes in the chamber, a final decision on Fast Track was ultimately deferred, affording a delay that critics say could further scuttle the trade authority.

“Today’s votes to stall Fast Track and TPP are a major win for anyone who cares about climate change,” said 350.org Executive Director May Boeve. “This disastrous deal would extend the world’s dependence on fracked gas, forbid our negotiators from ever using trade agreements in the fight against global warming, and make it easier for big polluters to burn carbon while suing anyone who gets in the way.”

She continued: “That message clearly broke through today, as House Democratic Leader Nancy Pelosi got up, bucked enormous pressure, and rallied against the deal, specifically citing concerns about its impact on climate change. Today was a big win, but the thousands of climate activists across the country who stood up and linked arms with fellow progressives to get us here won’t rest until Fast Track and TPP are dead for good.”

A bill on Trade Adjustment Assistance (TAA), which would provide aid to workers displaced because of so-called “free trade” agreements, had been packaged with Fast Track authority, and a vote against either doomed the total package. Legislators opposed to Fast Track had hoped to derail the entire package by voting against TAA.