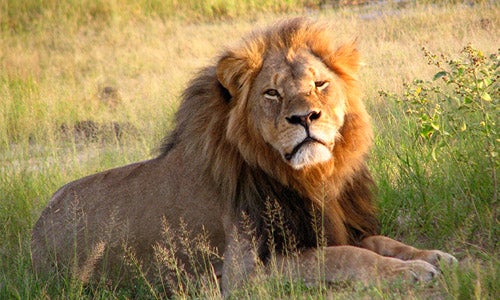 It’s been nearly a year since an American hunter killed Cecil, an iconic lion in Zimbabwe. House Democrats are using the anniversary to question the premise that trophy hunting benefits Africa’s endangered wildlife.

In a new report, Missing the Mark, the Democratic staff of the House Committee on Natural Resources charges that Zimbabwe, Tanzania, Namibia and South Africa are providing U.S. officials with little evidence that taxes and fees raised from trophy hunts targeting lions, leopards, elephants and rhinoceroses provide conservation benefits and have an overall net-positive impact on imperiled species. 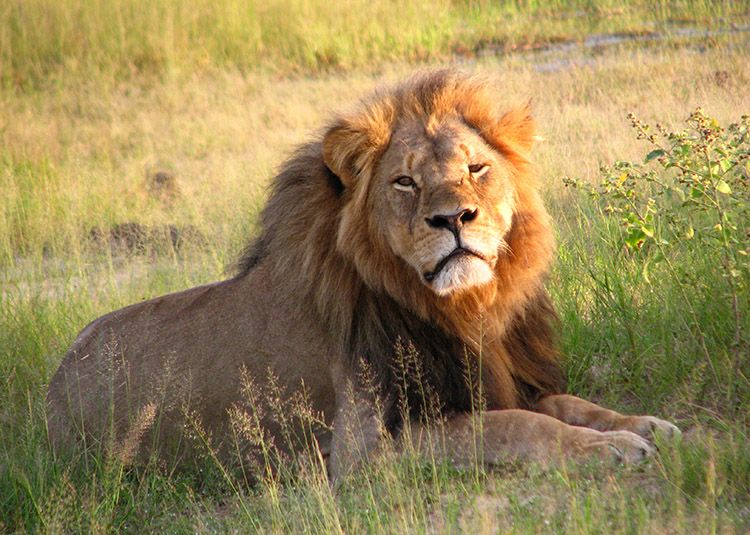 The U.S. Fish and Wildlife Service, which has the authority to grant a thumbs-up or thumbs-down to American trophy hunters wishing to bring animal trophies into the country, has too often supported nations’ claims that the hunts enhance the survival of the species, the report charged.

“You can’t make the assumption that these countries are using the funds for conservation. You have to have the proof,” said Matt Strickland, a member of the committee’s Democratic staff. “U.S. hunters are responsible for taking a lot of animal trophies from Africa and we want to make sure the Fish and Wildlife Service is doing its job in permitting trophy imports and Americans aren’t contributing to the decline of certain species.”

American hunters wishing to import the heads, horns, pelts or any other parts of animals they have killed overseas must request a permit from the Fish and Wildlife Service.

“On paper, all four countries examined have equally strong frameworks for ensuring that trophy hunts benefit species conservation,” the authors wrote. “Unfortunately, the implementation of these frameworks has in many cases been marred by corruption and has not produced the advertised and desired results.”

The Fish and Wildlife Service has sometimes turned a blind eye to these shortfalls and granted import permits for animals killed in these countries, said Strickland. “They accepted at face value that trophy hunting benefits wildlife conservation without drilling down and actually checking on individual cases,” he said.

An agency spokesperson stated in an email that the agency is reviewing the report, adding, “By law, we cannot and will not allow trophies of certain protected species into the United States that were hunted in any nation whose conservation program fails to meet high standards for transparency, scientific management and effectiveness. If we have concerns about a country’s management program or a species’ population status, we will not issue permits.”

One such case occurred in 2014, when the agency shut down imports of elephant trophies from Zimbabwe and Tanzania because of the species’ marked population decline. “They also weren’t providing any evidence that the hunts were benefiting conservation, so Fish and Wildlife stopped allowing it,” Strickland said. “We’d like to see more of that type of decision making regularly.”

That’s the exception, not the norm, according to the report, which noted thousands of cases in which the Fish and Wildlife Service used special rules and loopholes to exempt hunters from permitting requirements for many species listed as endangered. The report authors found that between 2010 and 2014, the agency could have required permits for more than 2,700 hunting trophies imported to the county yet only required one, for a critically endangered black rhinoceros. Of 1,469 leopard trophies that could have mandated an import permit, the agency required none.

In other instances, such as the controversial baiting tactics that lured Cecil out of a protected area and led to his death at the hands of Walter Palmer, the trophy hunting industry isn’t “playing by the rules,” the report stated and “needs to be regulated and held accountable for there to be any hope of a consistent conservation benefit.”

To help rein in the negative impacts of trophy hunting on wildlife, the report recommends that the Fish and Wildlife Service deny import requests from hunters convicted of wildlife violations, close loopholes that allow some trophies to be imported without a permit, collect more data on trophy hunting through the permitting process and increase permit fees to fund science and conservation.