The Center for Food Safety applauds the passage of a pollinator protection amendment Wednesday that was offered by Rep. Alcee Hastings (D-FL) to the Farm Bill currently being considered by the U.S. House of Representatives, a fitting and positive development during National Pollinator Week. 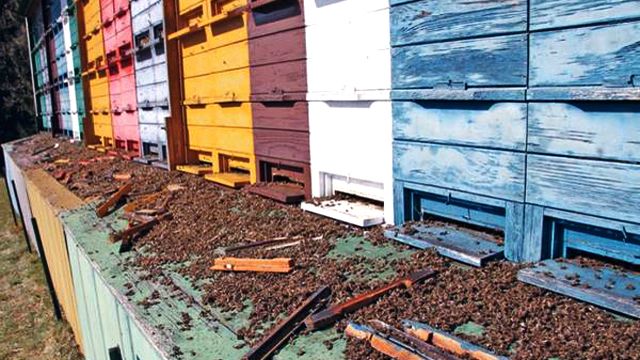 Beekeepers worldwide have seen record losses of pollinators this year.

“Honey bees and other pollinators have been suffering record-high population losses,” said Andrew Kimbrell, executive director of Center for Food Safety. “Pollinators are vitally important to agriculture and are an integral part of food production. These critical species are at the front lines of pesticide exposure and it is high time that the government do more to protect them.”

The Hastings amendment, which passed 273-149 with 81 Republicans and 192 Democrats voting in favor, seeks to better improve federal coordination in addressing the dramatic decline of managed and native pollinators as well as direct the government to regularly monitor and report on the health of pollinators including bees, birds, bats and other beneficial insects.

In the U.S., pollination contributes to $20-30 billion in agricultural production annually. In North America, honey bees pollinate nearly 95 kinds of fruits, including many specialty crops like almonds, avocados, cranberries, oranges and apples.

Earlier this month, Sen. Barbara Boxer (D-CA) filed a nearly identical amendment to the Senate Farm Bill but it was not voted on prior to the Senate passing its bill. The House has yet to vote on final passage of the bill, which is expected to come early next week. The Center for Food Safety is confident that the Senate will support the pollinator protection language when the two bills go to conference.