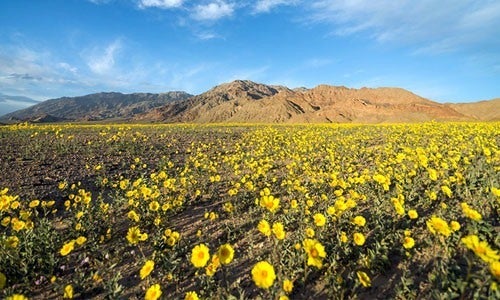 Death Valley National Park is the lowest, hottest and driest place in North America. It’s a “land of extremes,” the National Park Service said, and yet “despite its morbid name, a great diversity of life survives in Death Valley.”

Never is that more apparent than right now. Death Valley is in the midst of a “super bloom.” A rare explosion of more than 20 species of wildflowers currently blanket the valley floor in hues of yellow, white, pink, purple and red. According to the Los Angeles Times, it’s been 11 years since Death Valley was so “full of life.” 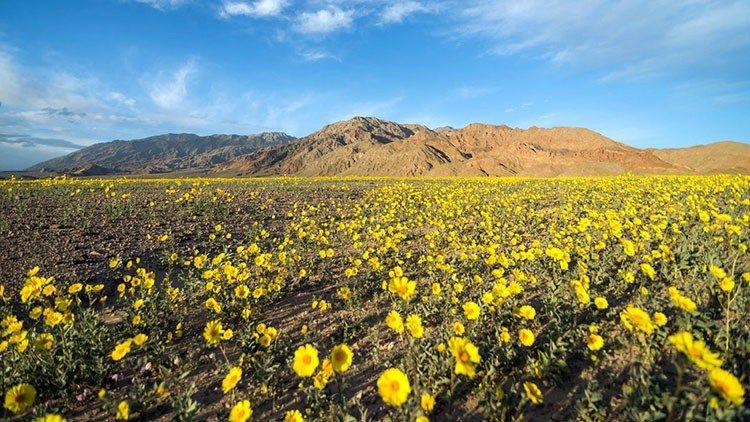 Death Valley is in the midst of a rare “super bloom” of wildflowers. Photo credit: National Park Service/YouTube

The park, which averages a scant two inches of rainfall for the entire year, saw three strong rainstorms in October—with one event producing nearly three inches of rain in just five hours.

The deluge caused extensive flooding and damage, but it also sparked the beautiful bloom, which started back in November but has exploded in the last few weeks.

Check out these incredible photos: 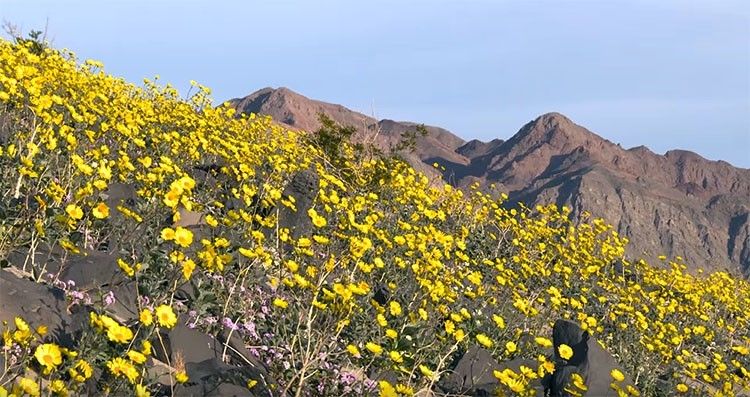 The park’s towering, bare peaks provide a stark contrast to the delicate and fleeting wildflowers in the valley below. Photo credit: National Park Service/YouTube 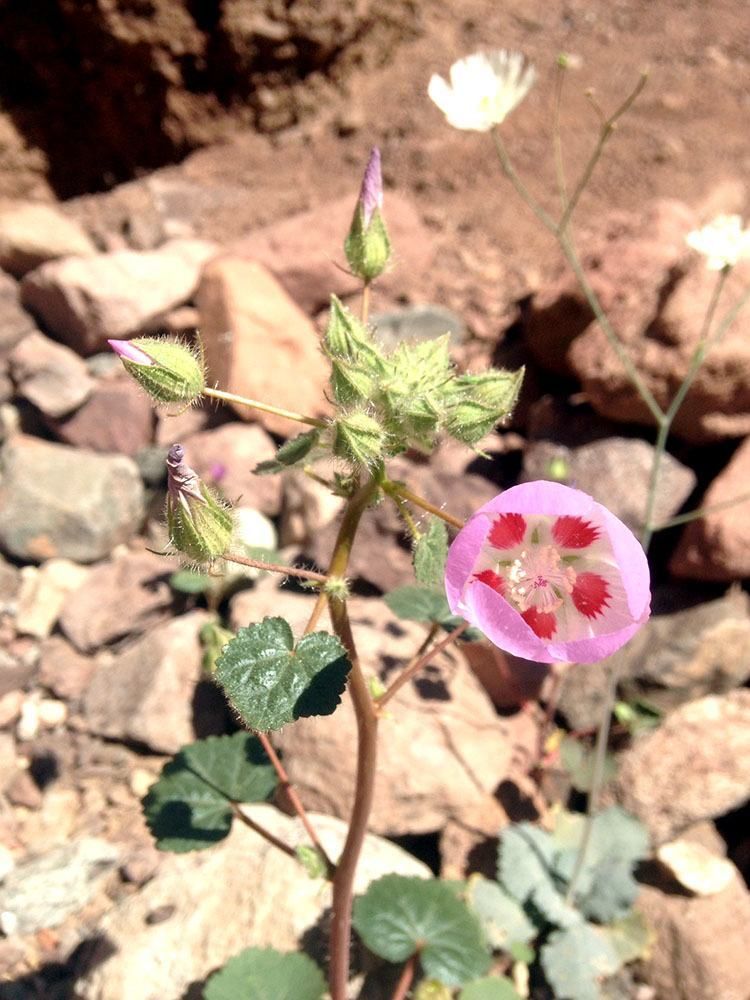 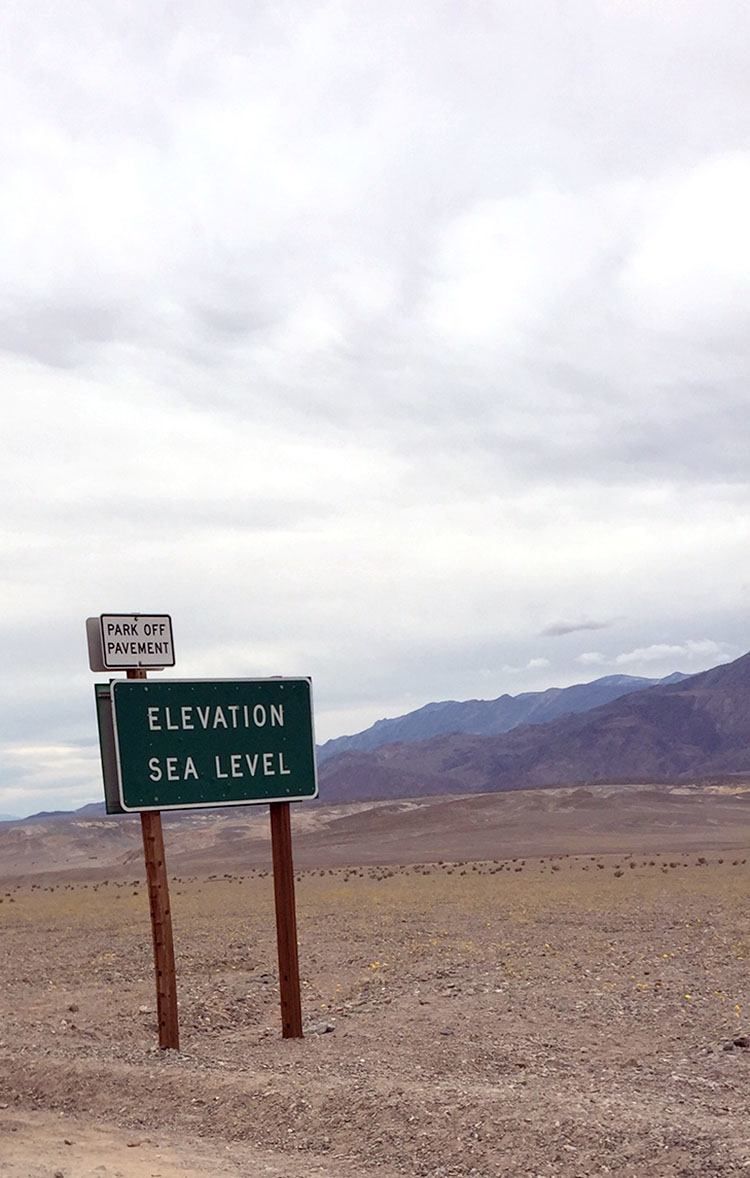 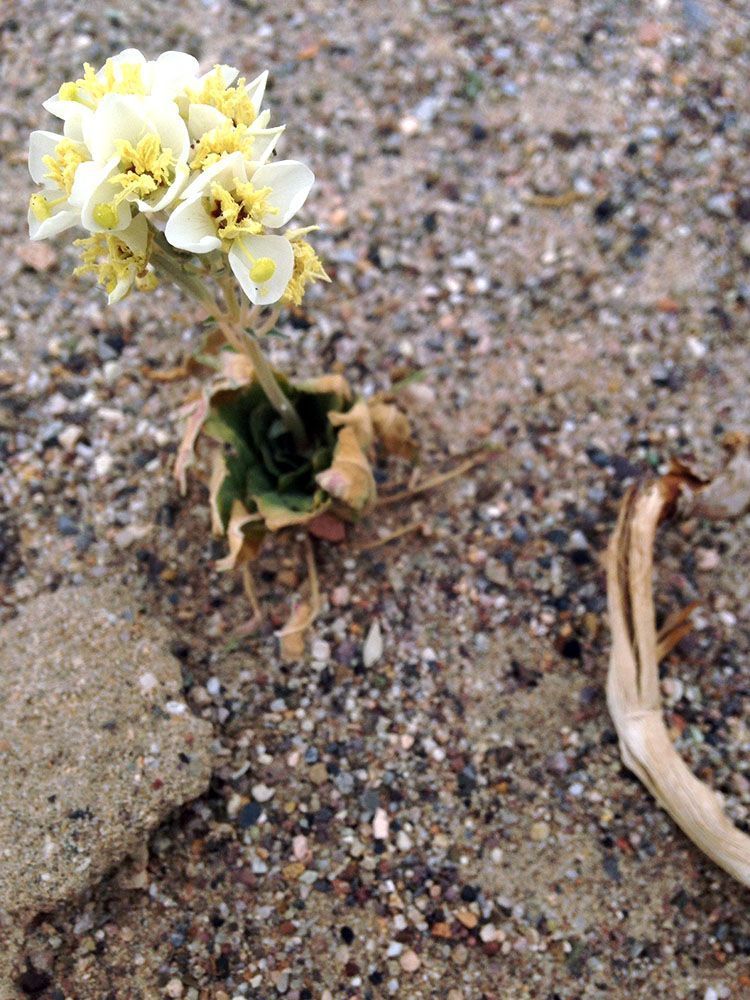 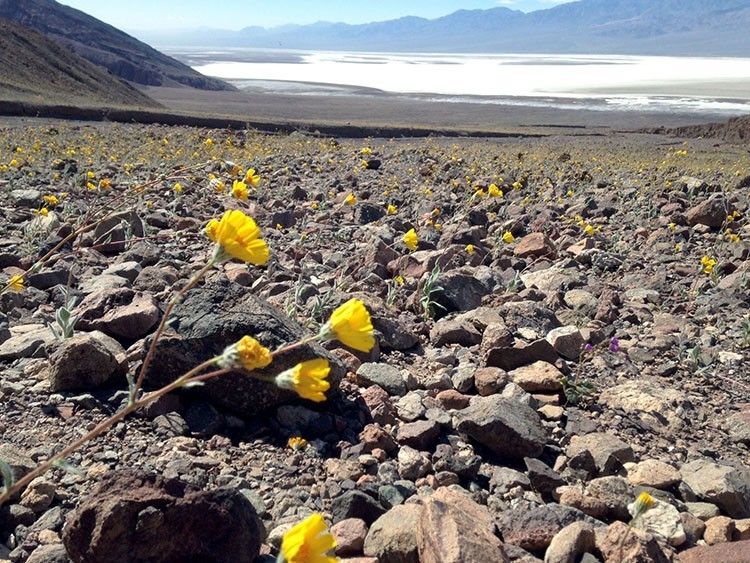 Wildflowers grow near Death Valley’s Salt Flats in Badwater Basin, which is too harsh of an environment for most plants and animals to survive. Photo credit: Cori Zancanella 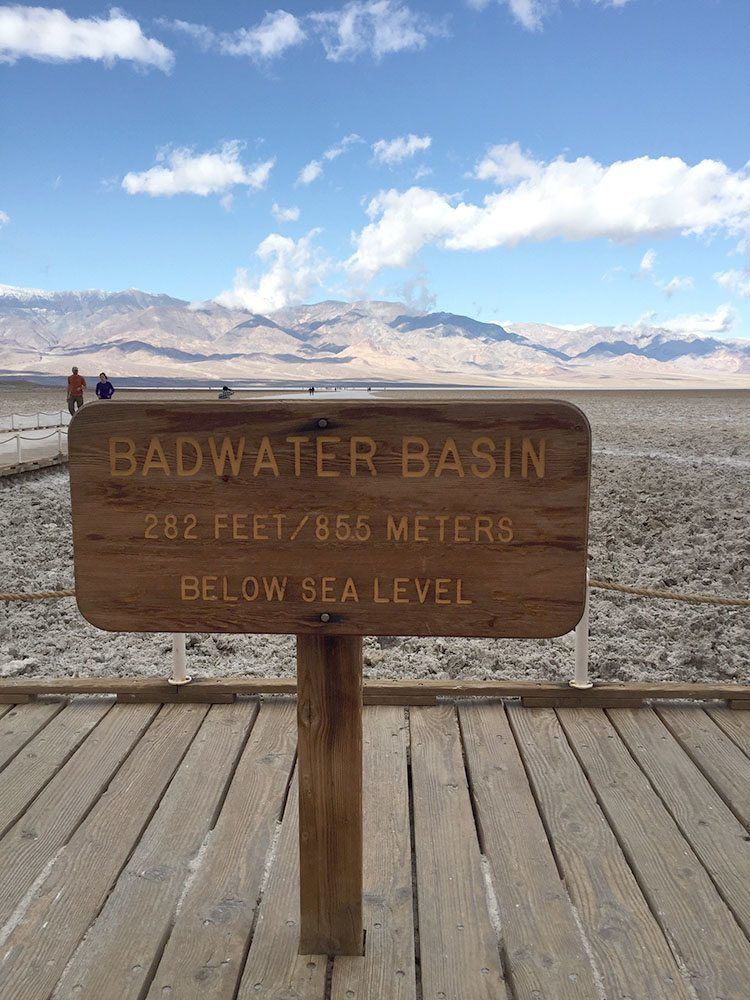 Badwater Basin is the lowest point in the Western Hemisphere. According to the park service, the source of Badwater’s salts is Death Valley’s drainage system of 9,000 square miles—an area larger than New Hampshire. Photo credit: Cole Mellino 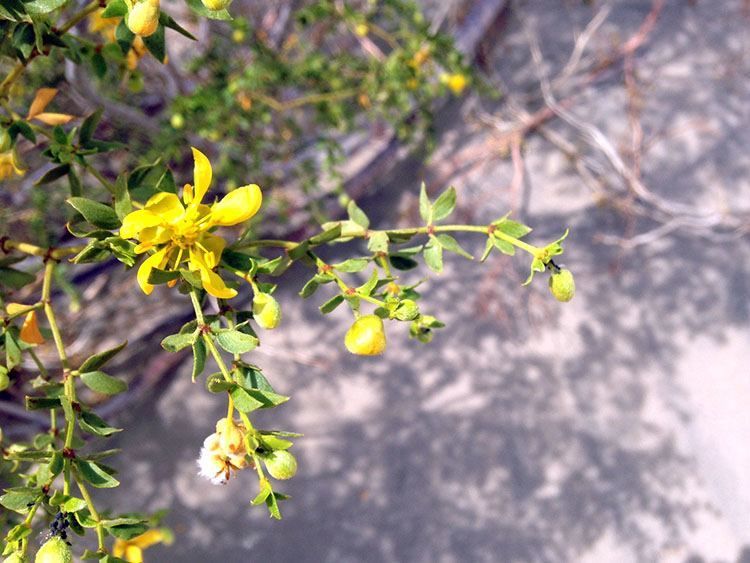 Along with the wildflowers, more than 1,000 plant species have been identified in the park. Photo credit: Cori Zancanella 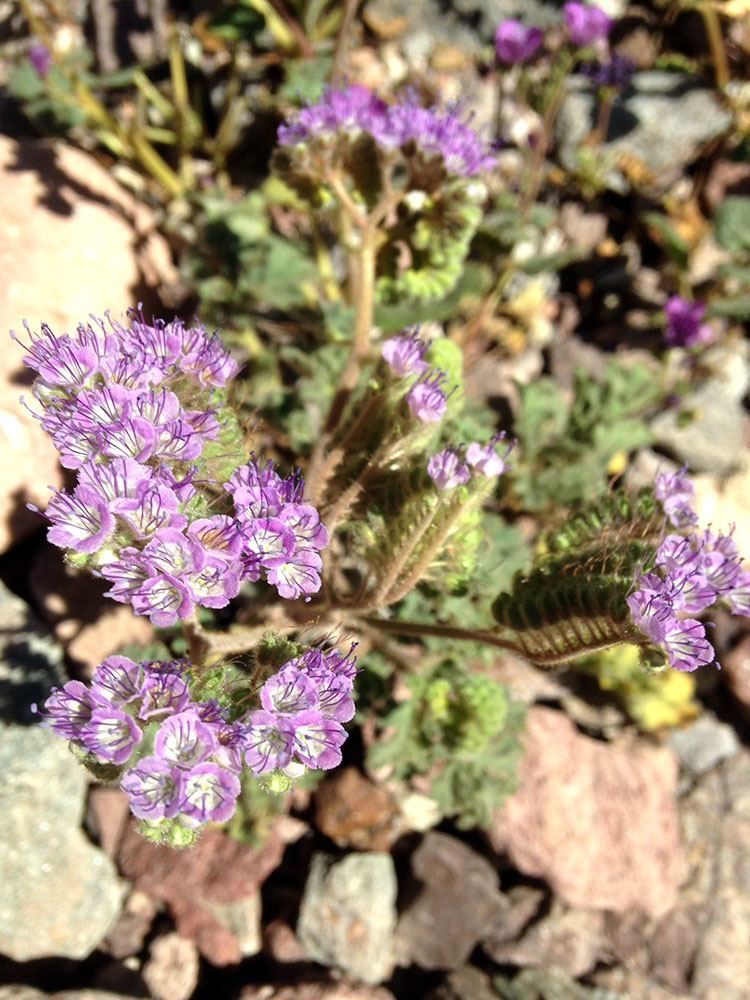 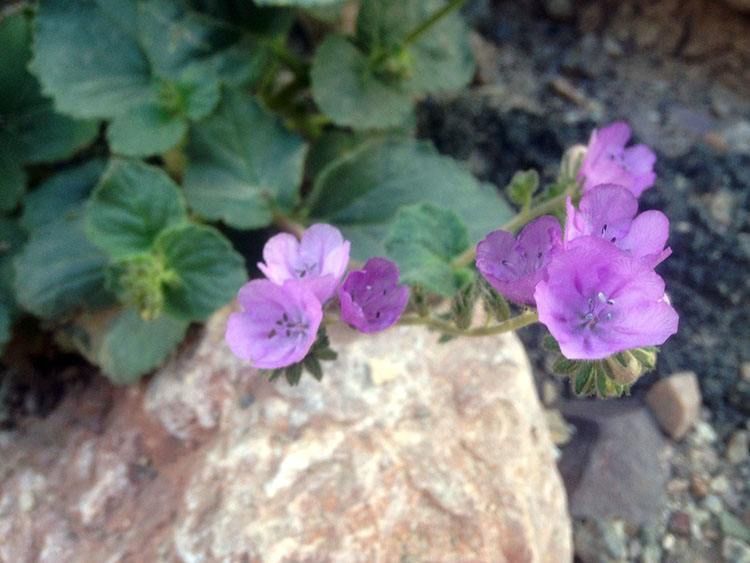 The harsh climate the wildflowers endure makes them all the more beautiful. Photo credit: Cori Zancanella

To find up to date information on the best places in the park to see the wildflowers, visit the park service’s website.

Watch the park service’s video about the “super bloom” here: