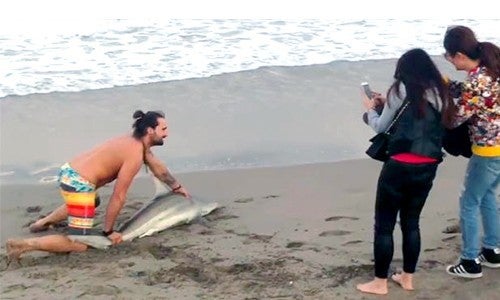 What is going on here? Wasn’t it already bad enough that a baby dolphin was killed earlier this month after beachgoers reportedly pulled it out of the water so people could take selfies with it? And now, this guy, who remains anonymous, runs into the ocean in Palm Beach, Florida, and pulls a shark out of the water and then pins it down in the sand so a group of people can take photos of him. 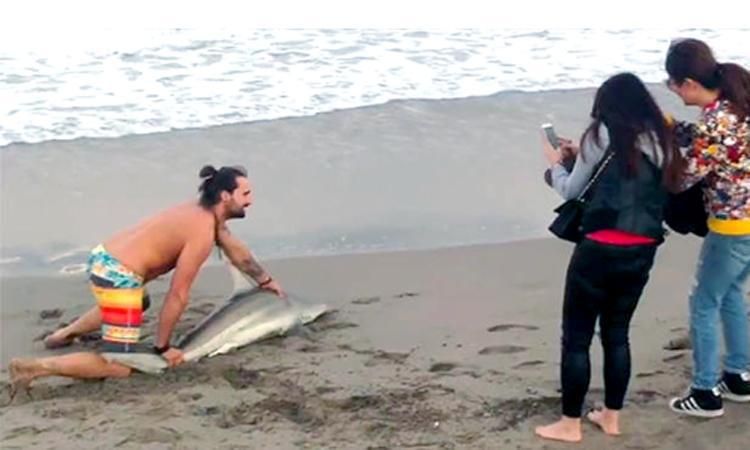 Unfortunately, these are not the only times where humans have risked the well-being of other species for the “thrill” of a selfie. Last year, Waterton Canyon, a recreation and hiking area in Denver, Colorado, was closed because too many hikers were trying to take selfies with bears. Wildlife authorities in the Lake Tahoe area, Yellowstone National Park and other recreation areas have repeatedly cautioned visitors against getting too close to bears, bison and other large animals.

And, according to Mashable, selfies are also putting humans at risk as more people died in 2015 from selfies than shark attacks. Even governments from Australia to Russia have launched awareness campaigns and closed prominent landmarks because people wouldn’t stop taking dangerous photos.