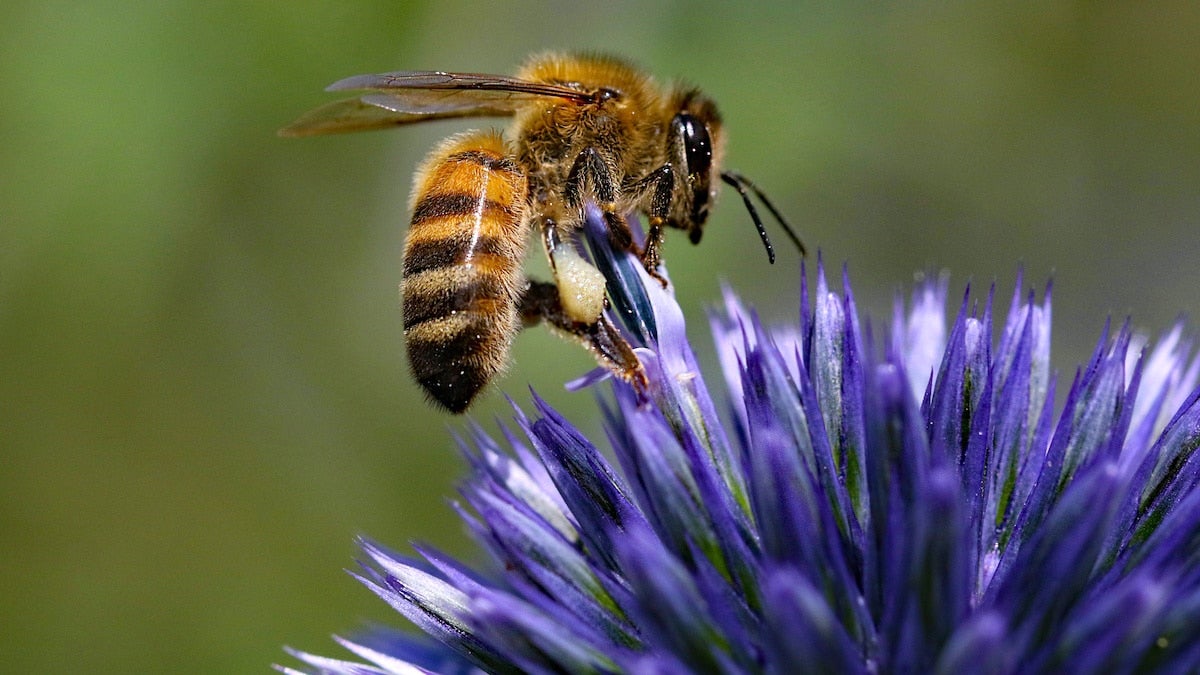 Could honeybees hold the key to treating an aggressive form of breast cancer?

A new study out of Australia found that honeybee venom rapidly killed the cells for triple-negative breast cancer, a type of breast cancer that currently has few treatment options.

“It provides another wonderful example of where compounds in nature can be used to treat human diseases,” said Western Australia Chief Scientist Professor Peter Klinken in a Harry Perkins Institute of Medical Research press release.

The research, published in Nature Precision Oncology Tuesday, was led by Dr. Ciara Duffy of the Harry Perkins Institute of Medical Research and the University of Western Australia.

As far back as 1950, bee venom was shown to kill tumors in plants. It has also been shown to work against other cancers like melanoma, BBC News explained. However, Duffy said in the press release that this was the first time honeybee venom had been tested against every type of breast cancer cell, as well as normal breast cells.

Duffy and her team tested both the venom itself and a synthetic version of a compound in the venom called melittin. They found that both were effective against triple-negative breast cancer and HER2-enriched breast cancer cells. In fact, a certain concentration of honeybee venom could kill 100 percent of cancer cells without seriously impacting healthy ones.

Duffy explained to Australia’s ABC News how the melittin worked.

“What melittin does is it actually enters the surface, or the plasma membrane, and forms holes or pores and it just causes the cell to die,” Duffy said.

The researchers also found that the melittin interfered with the cancer cells’ messaging system, which is essential for the cancer to reproduce and grow.

The fact that melittin makes holes in the cancer cells actually means it could potentially be paired with existing chemotherapies that would enter the cancer cells through the openings it carved and kill them. Duffy found this treatment strategy worked to shrink tumors in mice.

However, outside scientists cautioned that there is a big difference between killing cancer in a lab and successfully treating it in humans.

“It’s very early days,” Garvan Institute of Medical Research in Sydney associate professor Alex Swarbrick told BBC News. “Many compounds can kill a breast cancer cell in a dish or in a mouse. But there’s a long way to go from those discoveries to something that can change clinical practice.”

Duffy agreed that more research had to be done before the melittin could be used on human patients.

“There’s a long way to go in terms of how we would deliver it in the body and, you know, looking at toxicities and maximum tolerated doses before it ever went further,” she told ABC News.

For the study, Duffy gathered venom from 312 honeybees and bumblebees in Perth, Western Australia; England; and Ireland.

“Perth bees are some of the healthiest in the world,” she said.

She found that the national origin of the honeybees did not alter their venom’s impact on the cancer. The bumblebee venom, however, had no cancer-killing powers.