Honeybees Are Struggling to Get Enough Good Bacteria 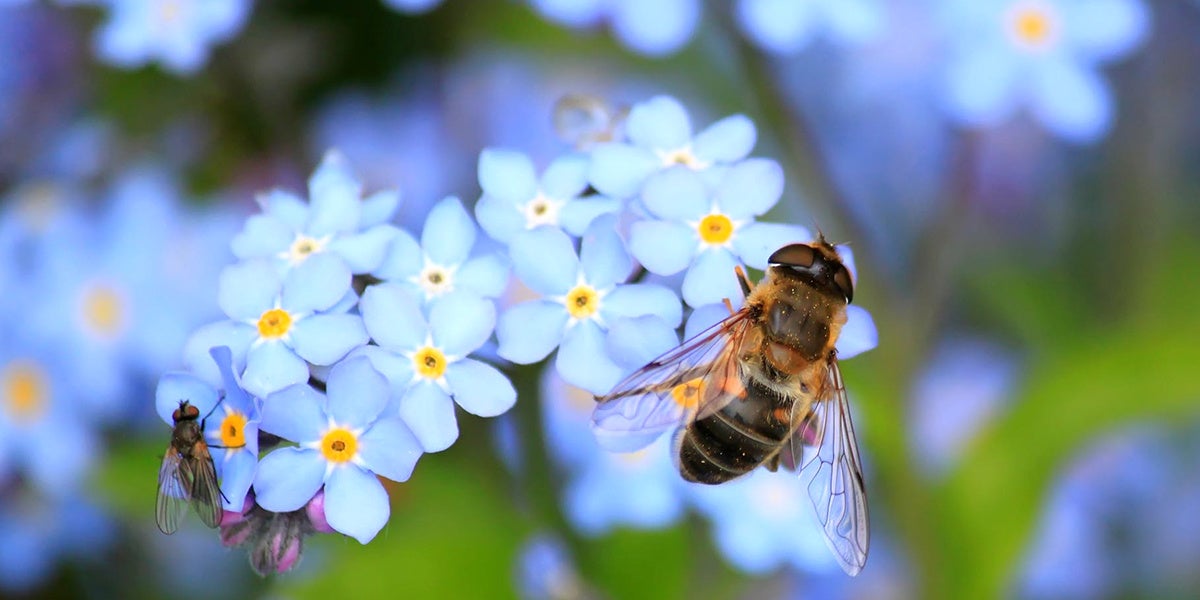 A study published in Ecology and Evolution Monday shows that the big changes humans make to the land can have important consequences for some tiny microorganisms honeybees rely on to stay healthy.

Honeybees depend on a diverse mix of bacteria—called a microbiome—to turn fresh pollen into bee bread, which is stored in the hive as food for young bees.

A diverse bee-bread microbiome helps bees fight infection and preserves the bread longer; a less diverse bacterial mix can leave the bread susceptible to mold and the bees in the hive vulnerable to starvation.

But research by the Lancaster University’s Lancaster Environment Center and the Center for Ecology and Hydrology suggests that to get a diverse microbiome, bees need to feed on a diverse array of plants. And human alterations that reduce biodiversity in the landscape can make this more difficult.

The scientists examined the microbiomes of almost 500 bee bread samples from 29 hives in northwest England.

“It is traditionally thought that monocultures, such as grazing land and timber forests, were bad for pollinators due to a lack of food continuance through the year. However, our study suggests land use change may also be having an indirect detrimental effect on the microbiota of bee bread,” lead author and Lancaster University scientist Dr. Philip Donkersley said in a university press release.

“Since nutrition derived from bee bread and the microbiome therein directly affects the health of bees we therefore believe this demonstrates an indirect link between landscape composition and bee fitness,” he said.

Donkersley further theorized that the hives near cities had less diverse microbiomes because of the use of non-native plants by urban gardeners. While bees need diverse food sources, they also depend on relationships between themselves, local plants and the bacteria they contain that have evolved over time.

“This may be evidence that bees suffer from foraging on non-native plants that they have not co-evolved with,” Donkersley said.

As the Lancaster University release points out, gardeners often plant a variety of world-wide flowers in order to help pollinators. Monday’s study indicates that if they really want to help, gardener’s should source their seeds closer to home.