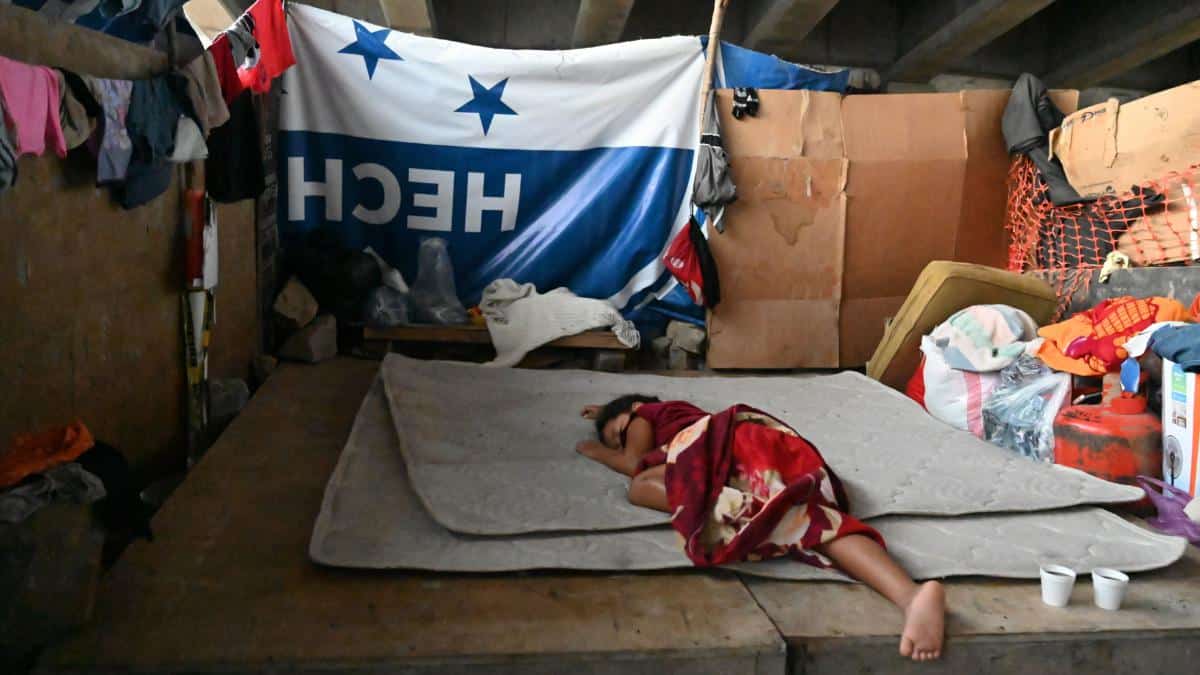 She and her three teenage children live in a tent under a bridge on the outskirts of the city, struggling to survive after the storms destroyed the inventory for her door-to-door lingerie sales business, as well as her customers’ ability to pay for items purchased with credit.

Hernández, her children, and untold numbers of others like them are trapped in a cycle of extreme storms fueled by climate change, economic desperation, and gang violence, the AP reports.

Of Honduras’ 10 million people, an estimated 4 million were impacted by Hurricanes Eta and Iota, and 3 million face food insecurity — six times higher than before the hurricanes, according to the World Food Program.

The climate-fueled cycle is compounded by dehumanizing Trump administration policies, including family separation and its so-called “remain-in-Mexico” asylum policies, all of which the Biden administration is working — at varying speeds — to undo.

Biden also ordered a study on how to address the growing number of people displaced by climate change last week.

“There’s no one way to address this issue — it’s so complex,” Kayly Ober, told E&E.

Ober works with Refugees International, which released a report on Thursday identifying the wide range of domestic and international policies the Biden administration could take to address the issue.