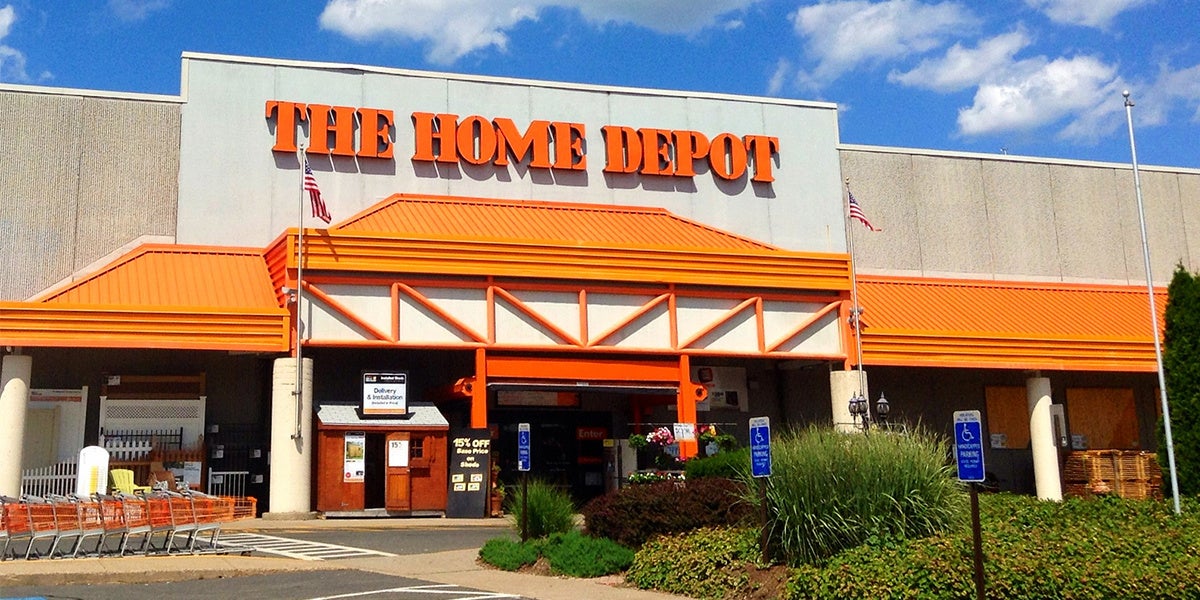 The world’s largest home improvement retailer, The Home Depot, announced Tuesday that it will phase out the use of the toxic chemicals methylene chloride and N-methylpyrrolidone (NMP) in its paint removal products by the end of this year.

The company, which operates more than 2,200 stores in the U.S., Canada and Mexico, is the third major retailer this month to commit to pulling the products from store shelves. Methylene chloride and NMP have been found to pose unacceptable health risks to the public, including cancer, harm to the nervous system and to childhood development, and death.

“The Home Depot’s action is the latest nail in the coffin for methylene chloride and NMP paint strippers,” said Mike Schade, Mind the Store campaign director of Safer Chemicals, Healthy Families. “We applaud The Home Depot for taking this important step that will go a long way in safeguarding its customers from these unnecessary toxic chemicals and promote safer alternatives. The time for hazardous paint strippers is over, and we urge the remaining retailers stocking these products to put their customers first and remove them from store shelves swiftly. Walmart, Menards, and Ace Hardware should phase out the sale of all paint strippers containing methylene chloride and NMP by the end of 2018.”

“We’re glad that the private sector is finally starting to take action on these dangerous chemicals, but the EPA must stop dragging their feet and ban these toxic hazards once and for all so that no other family has to suffer,” said Sujatha Bergen, a policy analyst with the Natural Resources Defense Council (NRDC).

In 2017, the U.S. Environmental Protection Agency (EPA) proposed a ban on paint removers that contain methylene chloride and NMP, citing the products’ unreasonable risks to human health. Deferring to the wishes of the chemical industry, the EPA shelved its proposed ban soon after Scott Pruitt was confirmed as EPA administrator and the agency has taken no action in 18 months. Last month, two days after Pruitt met with families who have recently lost loved ones due to methylene chloride exposure, the EPA announced that it would finalize a methylene chloride rule. However, the agency has revealed few details on its planned regulatory action, offered no timeline, and has taken no action on NMP.

In early May, advocates held a national “week of action” outside of Lowe’s stores in more than a dozen states. As a result, last month Lowe’s became the first major U.S. retailer to commit to banning methylene chloride and NMP globally. On Friday, Sherwin-Williams, the nation’s largest specialty retailer of paint and paint supplies, announced it was also phasing out the sale of methylene chloride paint strippers by the end of 2018 and that it will continue to keep NMP paint strippers off its shelves.

“First Lowe’s, then Sherwin-Williams and now The Home Depot, all these retailers have agreed there are safer alternatives to methylene chloride and are pulling it from their shelves to protect their customers,” said Brian Wynne, brother of Drew Wynne who died from methylene chloride exposure from a paint stripper purchased at Lowe’s in 2017. “Sadly their actions are too late for my brother and the many others who have been harmed or killed by these toxic products. The EPA must act on their intention to finalize the ban on methylene chloride now!”

Methylene chloride has been linked to more than 60 deaths nationwide since 1980 and is linked to lung and liver cancer, neurotoxicity and reproductive toxicity. Since the EPA proposed a ban, at least four people in the U.S. have died from working with methylene chloride-based paint strippers. In turn, NMP, which can be substituted for methylene chloride in paint removers, impacts fetal development and can cause miscarriage and stillbirth. According to the EPA, more than 60,000 U.S. workers and two million consumers are exposed to methylene chloride and NMP annually.