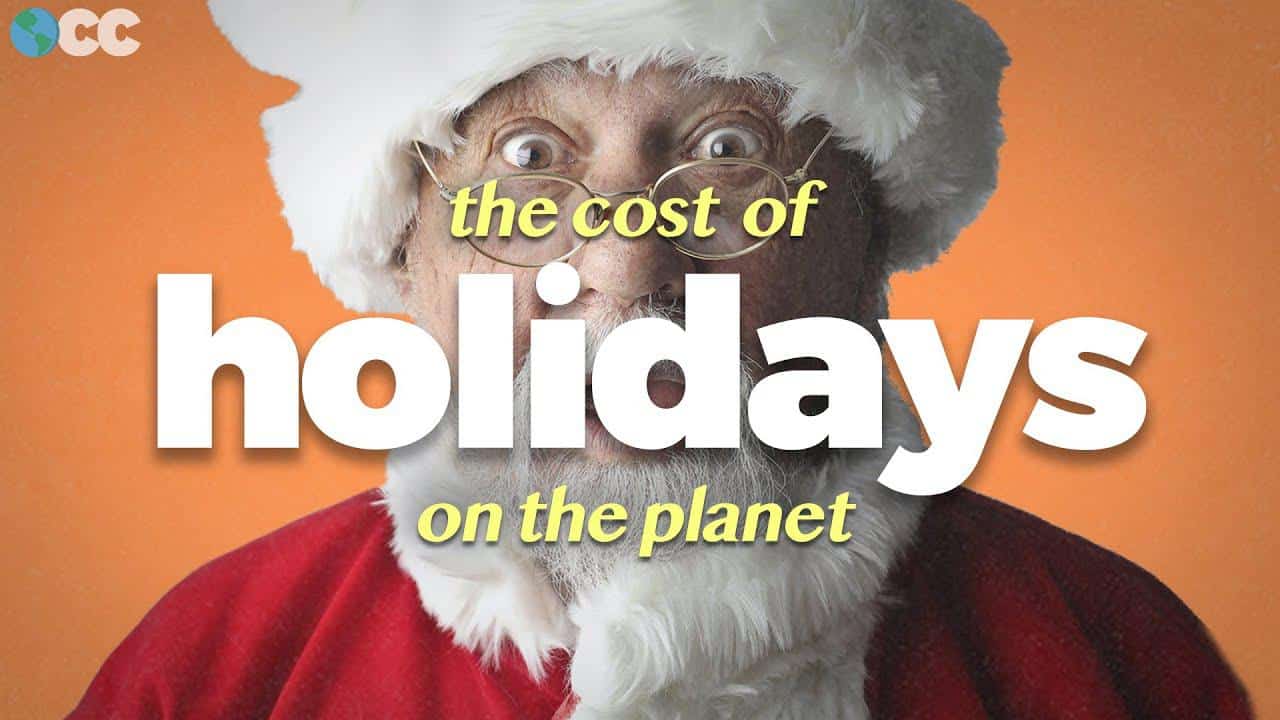 The holiday season is upon us and with it, a deluge of new tech, trinkets, and advertisements convincing us to indulge. But of course this torrent of consumption is nothing new, especially in the free-market capitalist consumerist nation of the United States. Every year, the holiday shopping season, spanning across November and December, sees massive monthly profits for corporations, employees crushed by inhuman workloads, and environmental destruction. And every year, the connections from consumerism to capitalism to the climate crisis are once again laid bare. Today we dive into the holidays and the manufactured desire for more to understand how capitalism is driving the climate crisis. But it’s not enough to just critique, we will also try to understand what will dismantle our current system and develop an ecologically sound and ethical world in its stead.

Underneath the bright glitz of Christmas lights and shrouded under the cover of wrapped presents, lies the stark reality of the holidays in the imperial core. Starting with the celebration of colonial genocide in Thanksgiving, followed immediately by the capitalist schemes of Black Friday and Cyber Monday that bleed into a month of Christmas celebrations foregrounding extensive gift-giving ceremonies, holidays have been co-opted by corporations and the relentless drive for profit and growth. Gift giving has been present in the ethos of winter holidays for hundreds of years, a tradition which some scholars point towards 19th century New York City aristocrats for starting as a way of shifting December holidays from a season when “poorer people could demand food and drink from the wealthy and celebrate in the streets” to one of cozy celebration in the home encouraging gift giving to children. But the amount of gifts were generally small in the 1800s, and it wasn’t until the rise of advertising around the turn of the 20th century, that retailers, especially toy retailers, saw the potential of the holidays for profit and capital accumulation. By the 2000s, US retail sales during the holiday season reached $416.4 billion and have only gotten bigger. Of the many factors driving the US shopper to spend an average of $1000 on presents every year, advertising is definitely making a mark. Advertisements make us feel good about something we know, deep down, is either unethical, useless, harmful, or all three. They are the rose tinted glasses that make the things in our home seem necessary when they are actually not. So, for a moment, let’s pull off those rose tinted glasses and understand the impact of the capitalist model on ourselves, our planet, and our holidays.

To learn more about the environmental impacts of the holidays, check out the video above!