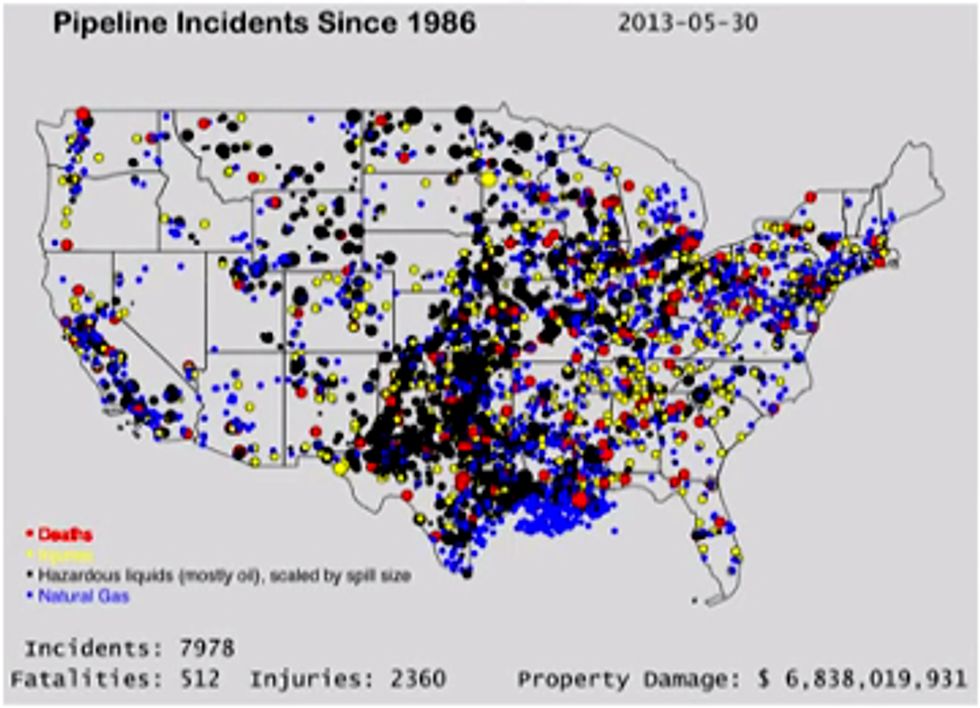 A growing body of evidence has been mounting during the past year concerning the negative effects the Keystone XL pipeline would have on the environment, the economy and, in essence, the very future of the U.S., if not the entire world. This evidence has been loudly refuted by the industry, which continually claims numerous benefits of the tar sands pipeline and perpetuates pro-Keystone XL propaganda.

In an interview with the New York Times, President Obama confirmed that construction of Keystone XL would only create approximately 2,000 jobs. Last month the State Department found that the project would employ 3,900 fultime workers for one year—or less than 2,000 workers per year—spread out over a two-year construction period. Nearly all of the jobs related to the project would last less than one year.

President Obama also stated in his climate action speech in June that he would not approve Keystone XL if it would "significantly exacerbate the climate problem.” Even the State Department's own conservative analysis of the project found that:

Besides skewed job numbers and environmental harm, there is the constant and real threat of pipeline accidents. Pipeline ruptures have continuously plagued oil companies and some of the most disastrous, such as those in Mayflower, AK, and in Cold Lake, Alberta, have chipped away at the remaining trust Americans may have left in the oil industry.

The Center for Biological Diversity has created the time-lapse video below, America's Dangerous Pipelines, highlighting pipeline incidents from 1986 to 2013, relying on publicly available data from the federal Pipeline and Hazardous Materials Safety Administration.

Only incidents classified as “significant” by the agency are shown in the video. “Significant” incidents include those in which someone was hospitalized or killed, damages amounted to more than $50,000, more than 5 barrels of highly volatile substances or 50 barrels of other liquid were released, or where the liquid exploded or burned.

After working as a TransCanada engineer for five years, Evan Vokes voiced concerns to his bosses over the competency of pipeline inspectors and the company's lack of compliance with federal welding regulations. When his complaints went unacknowledged, Vokes filed a complaint with federal regulators and was subsequently fired in May 2012.

The problem, Vokes said, is that poor construction practices and a willful ignorance of engineering codes and regulations will make leaks more likely.

The Obama Administration is expected to finally make its decision in the near future on the fate of Keystone XL. While many are waiting with bated breath as to what the verdict will mean for them, pipelines around the country continue to burst, leak, spill and seep their toxic, corrosive content into the environment.