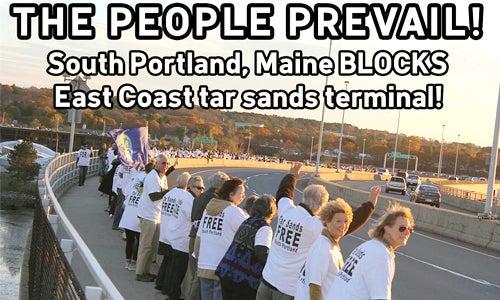 An historic vote in Maine reaffirms that residents want to keep toxic tar sands at bay.

Yesterday, South Portland City Council voted 6-1 to pass the Clear Skies Ordinance, which prohibits bulk loading of tar sands onto tankers at the waterfront and the construction of any infrastructure that would be used for that purpose. 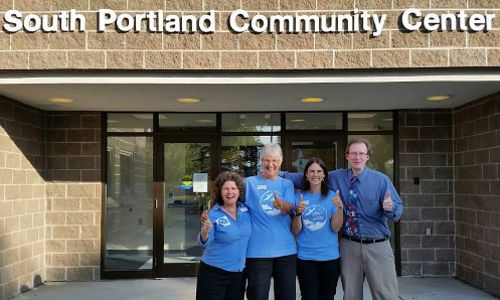 A number of groups, including Protect South Portland, Natural Resources Council of Maine and Environment Maine, have weighed in on the issue after finding that the pipeline transfer and bulk loading of tar sands on the waterfront would increase toxic air pollution, including volatile organic compounds; contribute to climate change threats; pose unacceptable risks of pipelines leaks into lakes and rivers; threaten wildlife; and harm property values.

The bulk loading of crude has never been done in South Portland, and the city plans to keep it that way. This is the first time in which a U.S. city considering loading tar sands oil onto tankers has banned the activity.

“Tonight’s victory shows that no one is above the democratic process, and when out-of-state oil interests try to throw their weight around to pollute a Maine town, we know how to say ‘no,’” said Lisa Pohlmann, executive director of the Natural Resources Council of Maine. “As South Portland goes, so goes the nation. Communities everywhere are waking up to the fact that tar sands are a dirty, toxic energy source.” 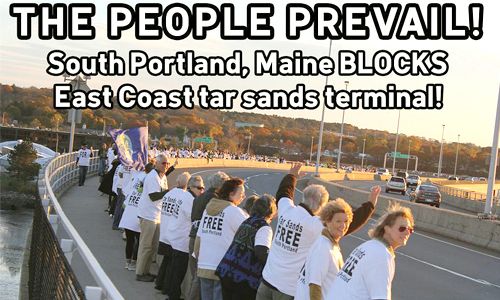 In March, the National Energy Board of Canada approved a proposal by Enbridge to reverse the flow and increase the amount of tar sands oil flowing through its pipeline from Ontario to Quebec, connecting Alberta’s tar sands to Montreal. This has raised concern among Maine residents and other New Englanders that ExxonMobil’s Portland-Montreal pipeline will be the subsequent route for the oil industry to access an export port to send tar sands overseas. A number of towns in Maine have passed resolutions opposing sending tar sands through the Portland-Montreal pipeline.

The passing of the ordinance is seen as “a true David versus Goliath victory.” “The oil industry is not invincible, and the exploitation of tar sands is not inevitable,” said Environment Maine Director Emily Figdor. “From Nebraska to Maine, citizens are standing up, and powerfully so, to protect their communities—and we are winning. We’re hopeful that South Portland’s action will empower other communities threatened by new tar sands infrastructure to protect themselves.”