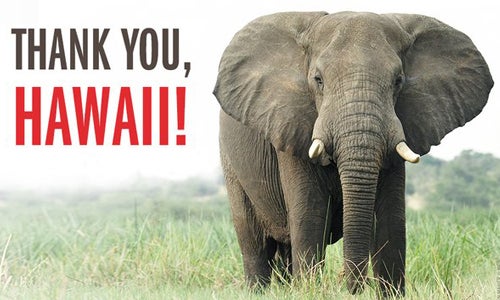 Hawaii joined a growing list of states Tuesday that are saying “No!” to wildlife products made from imperiled species like elephants and rhinos. In an historic vote, Hawaii senators unanimously passed SB 2647, a bill that restricts the sale of ivory, rhino horn and other wildlife products. The bill now only awaits Gov. David Ige’s signature to become law.

Following similar laws in New York and California—enacted in 2014 and 2015 respectively—the Aloha state had been left as perhaps the largest remaining market for ivory remaining in the U.S. (Washington State and New Jersey have also passed legislation). Investigations consistently found thousands of items for sale online and in stores, most without documentation proving legality. In fact, undercover investigations revealed ivory retailers admitting that their products were not legally sourced and willing to help buyers circumvent federal border controls. The problem in Hawaii was highlighted last month when a local Oahu gifts retailer pleaded guilty to conspiring to smuggle ivory into and out of the country.

Hawaii citizens were overwhelmingly supportive of the bill, demonstrating full throated support at every committee hearing and every vote. A 2016 poll revealed that 85 percent of Hawaii residents and voters backed the legislation, while well-known proponents such as Pierce Brosnan and Mick Fleetwood were vocal proponents. 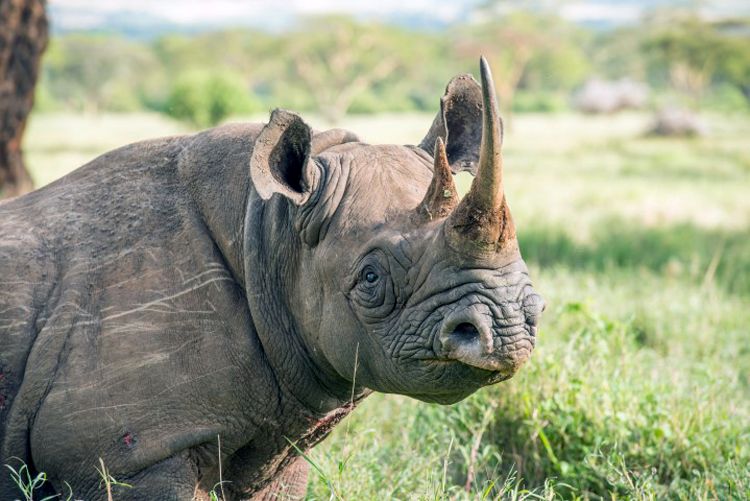 Imperiled animals around the world are being decimated because of demand for their parts and products. Photo credit: International Fund for Animal Welfare

Under the new law, it would be illegal to sell most products made from elephants, rhinoceros, mammoths (some unscrupulous merchants mislabel elephant ivory as “mammoth” to dodge enforcement), hippopotamus, pangolins, tigers, lions, cheetahs, jaguars, leopards, great apes, monk seals, walrus, narwhals and other whales, sea turtles, sharks and rays. There are exemptions for native Hawaiian practices and for some antiques, musical instruments, guns and knives that contain small amounts of ivory or other wildlife parts.

Imperiled animals around the world are being decimated because of demand for their parts and products. But, state laws like Hawaii’s are an important piece of the puzzle to end the poaching crisis. We need to work together on every level to end the trade that is driving elephants, rhinos and hundreds of other species towards extinction.