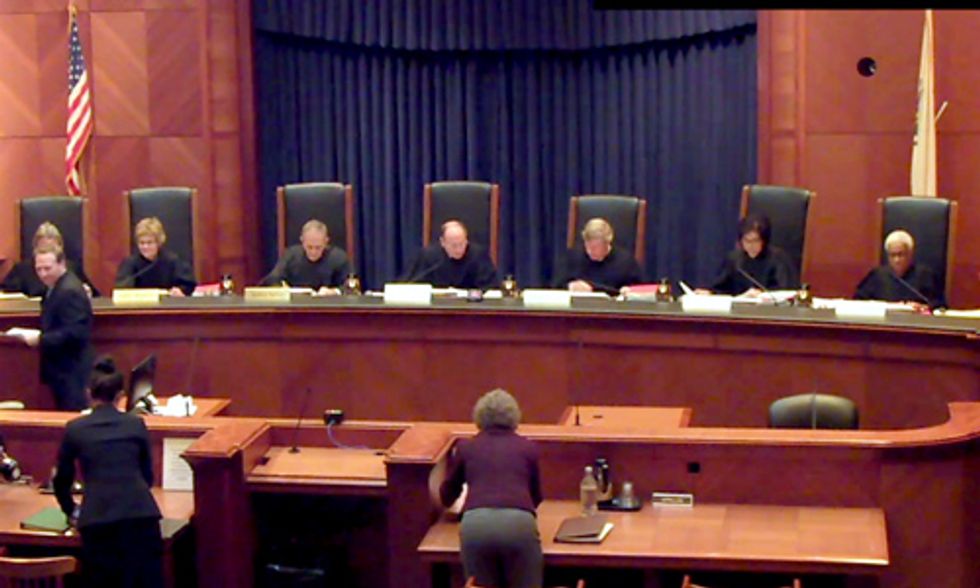 “This is an historic victory for young generations advocating for changes to be made by government. The global climate change crisis is a threat to the well being of humanity, and to my generation, that has been ignored for too long," youth plaintiff Shamus Miller, age 17, said.

“Today, the Massachusetts Supreme Court has recognized the scope and urgency of that threat and acknowledges the need for immediate action to help slow the progression of climate change. There is much more to be done both nationally and internationally but this victory is a step in the right direction and I hope that future efforts have similar success."

In 2012, hundreds of youth petitioned the DEP asking the agency to comply with the Global Warming Solutions Act (GWSA) and adopt rules reducing the state's greenhouse gas emissions, but that petition was denied. As a result of DEP's reluctance to comply with the GWSA, youth filed this case arguing that the DEP failed to promulgate the regulations required by Section 3(d) of the GWSA establishing declining annual levels of greenhouse gas emissions.

Massachusetts is not on track to meet its 2020 greenhouse gas reduction goal of 25 percent below 1990 levels—a fact that is directly related to DEP's failure to issue the required regulations. The plaintiffs are working to ensure that Massachusetts is complying with the law and doing everything necessary to protect their constitutional and public trust rights to clean air, a healthy atmosphere and a stable climate system.

“In agreeing with the youth plaintiffs in this case, the Massachusetts Supreme Judicial Court joins growing global judicial recognition of youth's rights to demand that their governments act in accordance with the urgency of the climate change crisis," Julia Olson, executive director and chief legal counsel at Our Children's Trust, said.

“Youth around the country and internationally are bringing their governments to court to secure their rights to a healthy atmosphere and stable climate. Today, the Massachusetts Supreme Judicial Court called Massachusetts to task and underscored the need to take significant action now, so youth are not unfairly consigned to a disproportionately bleak future should we fail to address the most important and time sensitive issue of our time."

This win follows two other recent landmark wins in youth-led lawsuits against the federal government and the state of Washington.

Watch Eshe Sherley explain why she was involved in this lawsuit: