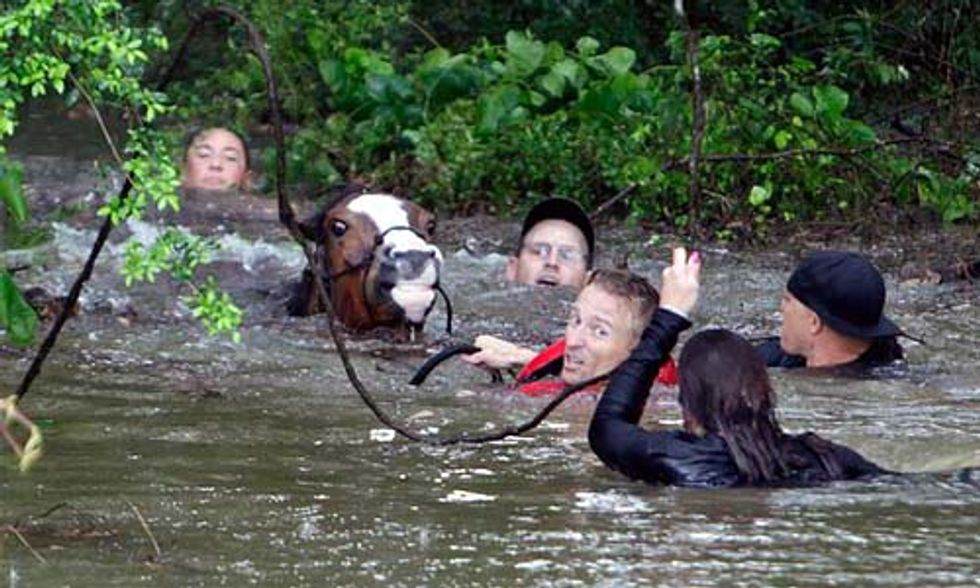 Houston received more rainfall yesterday than the city has ever seen before in a single day. More than 17 inches of rain fell in some neighborhoods before Noon, prompting the National Weather Service to issue a flash flood emergency.

Some areas saw two feet of rain, leaving at least five dead and thousands in need of evacuation. Extreme rain events in Texas have been increasing in the past decades, consistent with what climate scientists expect in a warming world. Houston alone has seen a 167 percent increase in heavy downpours since the 1950s.