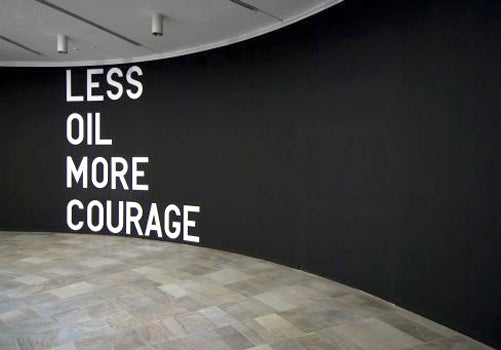 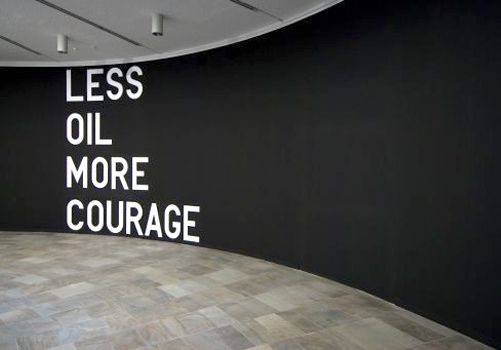 On the evening of March 15, the Rhode Island House of Representatives Environment & Natural Resources Committee conducted a hearing for a proposed bill (H7261) to set up a Petroleum Savings & Independence Advisory Commission to study and reduce Rhode Island’s reliance on petroleum, with petroleum use reduction targets set at 30 percent less by 2030 and 50 percent by 2050. All testimony given at the hearing supported the bill.

“Rhode Island’s dependence on petroleum puts our environment, economy, health, and security at risk,” said Channing Jones, associate with advocacy group Environment Rhode Island. “It’s time for our state to buckle down and figure out how we can be burning less of it.”

Petroleum dependence raises serious environmental and health concerns—petroleum combustion remains a major source of smog, which is linked to respiratory problems such as asthma, and it produces more global warming pollution than any other fuel source. With ever-rising petroleum prices, billions of dollars also leave Rhode Island every year to multinational oil companies and oil producing countries.

“[Petroleum] poses serious challenges for our economy and our national security, contaminates our air and water, and is a major source of global warming pollution,” said Abigail Anthony, Rhode Island director of Environment Northeast. “Rhode Island should advance a vision of a sustainable and affordable transportation system that will dramatically reduce air pollution and its harmful health effects, and gain meaningful energy independence.”

In Rhode Island, petroleum fuels are used to power vehicles and, along with natural gas, to heat buildings. The proposed Petroleum Savings & Independence Advisory Commission would be composed of stakeholders and experts in energy, transportation, and environmental protection.

“The study commission will look at in-state market for advanced biofuels, electric cars, and low-carbon transportation fuels to keep more energy and dollars in Rhode Island,” said Rep. Deborah Ruggiero, sponsor of the bill. “It could also attract companies to the state and create jobs in the clean energy sector. This is an important conversation to have and we need all the stakeholders at the table.”

“We can reach this bill’s proposed long-term targets by beginning to enact policies now to increase the efficiency of our cars and buildings, shift us to cleaner, locally produced alternative energy sources, and promote transportation alternatives such as buses, trains, biking, and electric vehicles,” added Jones.

Without the final amended version of the bill in front of them, the Environment & Natural Resources Committee voted to hold the bill until their next meeting one week later. Jones expressed full confidence the bill would advance through the committee successfully and move on to a floor vote.

“Rhode Island needs to move forward with a comprehensive plan to cut its petroleum use in the long term,” said Jones. “This historic bill will get us on track now toward tackling our petroleum dependence in an effective, coordinated, informed way, cutting smog and greenhouse gas emissions, and giving a boost to Rhode Island’s economy.”