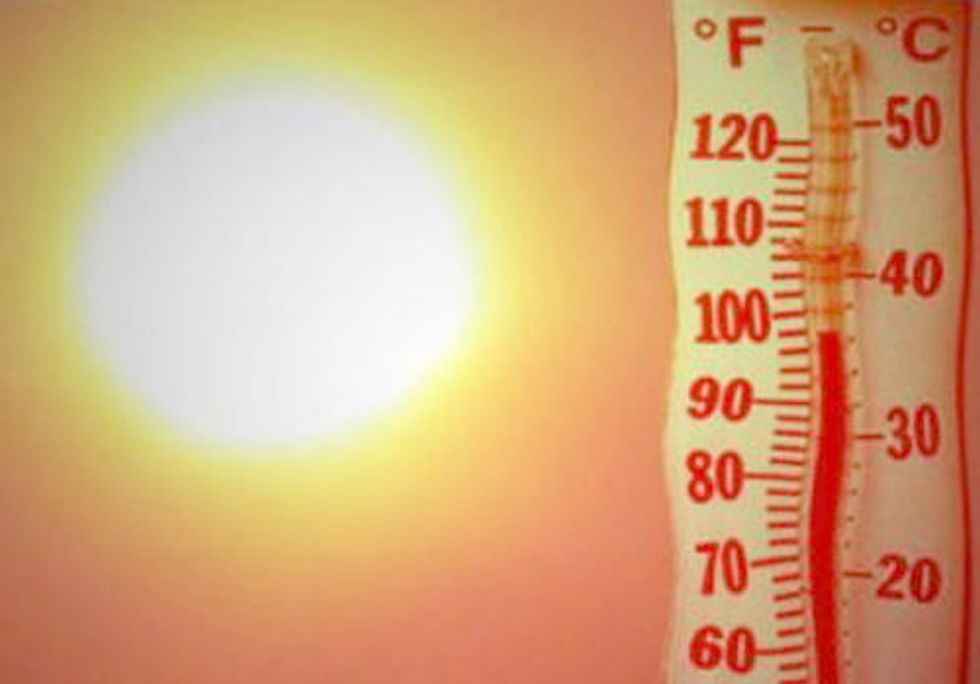 Much of the U.S. continues to be in the grip of unrelenting and dangerous heat, and the records just keep falling. During June alone, more than 3,200 daily high temperature records were set or tied, and more records have been set during the first week of July as well. Heat warnings, watches and advisories were in effect for more than two dozen states as of midday Thursday, stretching from Nebraska to New Jersey.

The heat wave is also exacerbating a growing drought problem in the nation’s heartland and throughout the West, threatening crops and fueling wildfires.

Cities that set or tied their records for the hottest Fourth of July include Chicago, Detroit, Minneapolis and St. Louis. In St. Louis, which reached a sizzling 105°F on Wednesday and was forecast to reach 104°F yesterday, the eight-day string of 100°F high temperatures qualifies as its third-longest streak of triple-digit heat on record, tying the Dust Bowl-era of 1936.

The jet stream is running across Canada, allowing warm air to flood northward into the Plains, Midwest and East. Image by UCAR.

During the height of the heat wave from June 28 to July 4, a whopping 3,400 warm temperature records were set or tied across the country.

Colorado, which was hit hard by deadly wildfires during June, saw the most heat records during the month, with 339, with Texas, Kansas, Missouri and Arkansas following closely behind.

Incredibly, there were 164 all-time high temperature records set or tied during June (152 of which were for temperatures of 100°F or higher), including 23 in Colorado and 21 in Kansas as well as Tennessee.

For the year, warm temperature records have been outpacing cold temperature records by a ratio of 7-to-1. In a long-term trend that demonstrates the effects of a warming climate, daily record-high temperatures have recently been outpacing daily record lows by an average of 2-to-1, and this imbalance is expected to grow as the climate continues to warm. According to a 2009 study, if the climate were not warming, this ratio would be expected to be even. Other studies have shown that climate change increases the odds of extreme heat events and may make them warmer and longer lasting.

According to Guy Walton of the Weather Channel, citing National Climatic Data Center statistics, the number of all-time record reports since 2010 doubled in just one week—as 190 all-time records were set or tied during the period from June 25 to July 1. The count up until June 24 was 313 all-time record reports, and the unusual June and July heat has brought the total for the decade so far to 505.

For two cities in Indiana, Fort Wayne and South Bend, it has been the warmest year on record so far. Fort Wayne tied its all-time warmest temperature of 106°F on June 28.

In Washington, D.C., the eight straight days with temperatures of at least 95 degrees is tied for the most such days on record, with at least three more such days likely through Sunday.

The heat is also aggravating drought conditions that are expanding across the country. A report released on July 5 shows that the area affected by drought in the Lower 48 states is larger now than at any other time since such records began in 2000. About 56 percent of the Lower 48 states are experiencing some form of drought as of July 5, the National Drought Mitigation Center reported, breaking the previous record of 54.7 percent set in August 2003. Three months ago, just 36.7 percent of the contiguous U.S. was experiencing drought conditions. All of Colorado is now in the grips of at least “severe” drought, although seasonal monsoon rains are helping firefighters bring the state’s deadly wildfires under control.

The expanding and intensifying drought conditions in the Midwest is threatening this year’s corn crop, which could have a significant impact on food prices. Heavy rains and severe storms are in the forecast for parts of the Plains and Midwest during the next few days, which could benefit farmers.

Cooler weather is in the forecast by the end of the weekend, though, as a cold front finally shoves the steamy air southward, returning the Midwest, South Central states and East Coast to more seasonable levels. Heat is predicted to build up in the West, though, potentially setting the stage for more destructive wildfires in some areas.