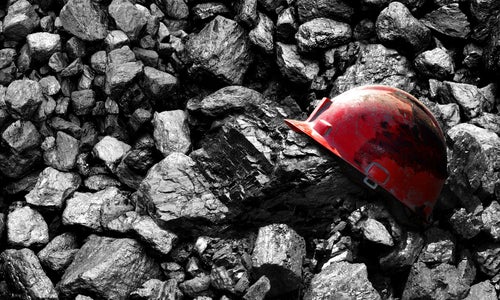 An eight year battle against a central Illinois strip mine ends in victory for the communities of Canton and Orion township. An arm of Springfield Coal Company asked the Illinois Department of Natural Resources to terminate their permit for their North Canton Mine before a court hearing challenging errors in permit approval. “The significance of Springfield Coal Company’s permit withdrawal cannot be overstated. This coal company—with sites all over the state and all kinds of coal reserves—was defeated by the dedication, caring and hard work of local citizens.”

“The naysayers told us we couldn’t fight city hall and the mine. They have more money. But we stayed the course,” said Brenda Dilts, chair of Canton Area Citizens for Environmental Issues.

The permit challenge hinged on the mine’s potential impact to streams and Canton Lake, which supplies water to roughly 20,000 people, but opposition rallied around many ways the community would be harmed, including noise, water well contamination, heavy truck traffic and airborne pollutants. Only a road and fence would have separated the mine from residents in Orion township, Dilts said. “Now people are free to enjoy their country living and well water.”

Dilts wrote a letter to the editor in 2006 after hearing a presentation by the company and the Department of Natural Resources at a city council meeting. “I came home from vacation to voicemail messages full of support for my letter. Only one message was negative. We decided to start having meetings. Twelve people came at first to write letters. Then we had 25 and soon we outgrew our meeting space at the library. We organized until we became a legitimate source of pain for the company.”

The group faced intense opposition and some harassment in a community with a long history of coal mining but also received unexpected support, including from students at nearby Spoon River College. “We thought young people would support the mine because all the company and city talked about was jobs, jobs, jobs. But students said they weren’t going to college to work in a coal mine. They want jobs that make the community better. It was the old timers who talked about jobs, but they didn’t mention their friends who had died of black lung.” More recently, a company is considering a utility scale solar field near Canton.

“The significance of Springfield Coal Company’s permit withdrawal cannot be overstated. This coal company—with sites all over the state and all kinds of coal reserves—was defeated by the dedication, caring and hard work of local citizens,” said Joyce Blumenshine, chair of the Heart of Illinois Group of the Sierra Club. Our attorney, David Wentworth, with the Hasselberg Grebe Snodgrass Urban Wentworth firm in Peoria, had a tremendous case to stop this mine. We fought hard in the community and in court to protect the lake and streams. The fact the mine decided to give up on the eve of our court hearing says a lot.”

Jeff Biggers, author of Reckoning at Eagle Creek said, “In the face of a state gone wild on coal mining, the grannies of Canton have scored a major victory against Big Coal. Uncompromising, creative and brilliant strategists, Brenda and her merry band have taught environmental groups and all of us who care about our communities, our water and climate a great lesson: If we work together and hold our ground, we can and must stop reckless coal mining.”