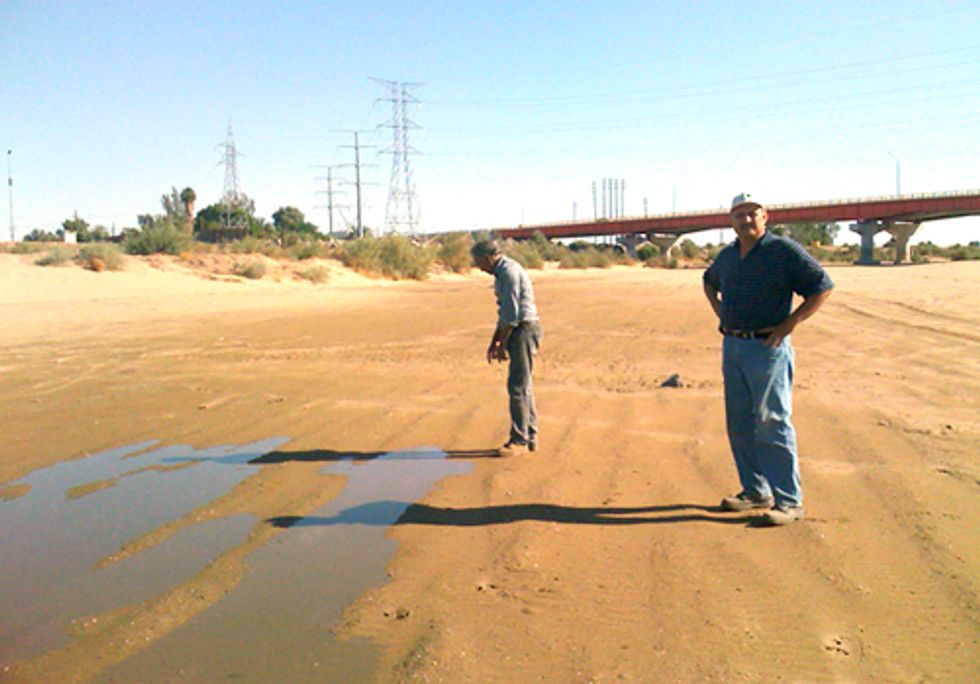 At the historic Hotel del Coronado in San Diego, California, the U.S. and Mexican commissioners of a binational agency that manages water crossing the border signed Minute 319, an amendment to the 1944 treaty that allocates Colorado River water to Mexico. This new agreement, for the first time ever, guarantees that some water will flow in the usually-dry Colorado River channel that marks the boundary between Baja California and Arizona.

“We’ve been working for more than 15 years to get water back in the river; this remarkable achievement is a huge step forward for the embattled Colorado River delta,” said Michael Cohen, senior associate at the Pacific Institute and author of major research on the sustainable use of the Colorado River water. “It is incredibly satisfying to think that the dedicated efforts of so many people, over so many years, have led to this historic moment. It is a long overdue end to the incredibly destructive 20th Century notion that not a drop should be left instream.”

The last drops of the Colorado River seep into the channel some 20 miles south of Morelos Dam, Oct. 7, 2010. Photo by Osvel Hinojosa-Huerta

In addition to ushering in a new era of cooperation between U.S. and Mexican stakeholders, the new agreement signals a milestone in the two countries’ recognition of the environmental value of water left to flow in the Colorado River. Legally dedicating a significant volume of water to nature helps to strike a long-overdue balance between water for agriculture, cities and the delta environment.

Except for unusually high flood years, the entire flow of the Colorado is diverted and used before reaching the river’s mouth at the Upper Gulf of California (Sea of Cortez). This has decimated the river’s once-extensive delta and leaves the river channel completely dry more than 90 percent of the time. Even in this degraded state, the remaining delta still comprises one of the largest and most critical desert wetlands in North America.

The last vestiges of the once-mighty Colorado River, looking south from Morelos Dam, May 2005. Photo by Michael Cohen

“The Colorado is a river under siege,” said Cohen. “We have been researching and advocating solutions to revive the river and delta, knowing we must protect these precious places and use the water we take more efficiently, or the river and delta will suffer irreparable harm. This historic agreement is critical to the eventual preservation and rehabilitation of Colorado River delta.”

In 1996, the Pacific Institute put forward a sustainable vision for the lower Colorado River basin, and wrote that it “can be identified, described, and, we believe, reached. Such a vision will include restoring and maintaining some of the unique environmental and ecological resources of the region, including the river delta.”  The Institute’s 2001 report Missing Water compiled flow data along the mainstem and diversions within the delta region, the first time such data has been compiled for the region as a whole.

“The delivery of water back to the delta will be a great help to the dying willows and cottonwoods and the birds that depend on them,” said Ed Glenn, Professor of Biology at the University of Arizona, whose research on the area in the early 1990s brought attention to the delta’s plight.