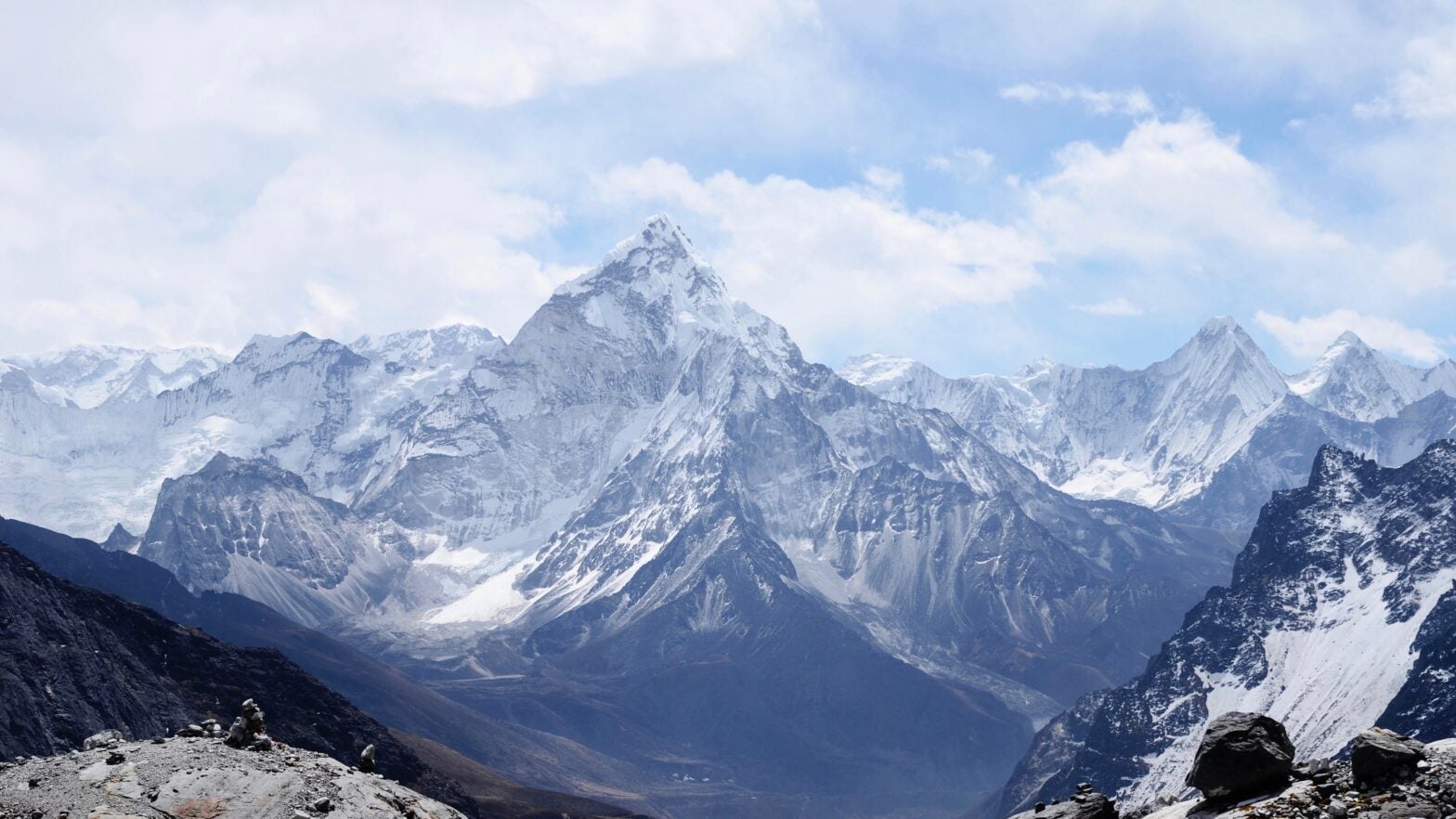 Researchers have found that plants are growing farther up the Himalayas than they did in the past, according to a new study in the journal Global Change Biology, as Newsweek reported.

Researchers looked at satellite data from 1993 to 2018 and found plant life extending into the harsh terrain between the top of the tree line and the bottom of the snowline. The new growth may have large impacts on the water that feeds the rivers that flow down from the Himalayas, according to lead researcher, Karen Anderson, of the University of Exeter in the UK.

“If the ecology is changing, that will have impacts on the hydrology. Nobody’s considered that before,” she said, as the New Scientist reported.

That’s significant since nearly 1.4 billion people rely on water from the Himalayas, according to The Telegraph.

Anderson and her team looked at 25 years of images from NASA’s Landsat satellites to zero in on the subnival region – the area between the tree line (the edge of where trees can grow) and the snow line (the boundary between permanently snow-covered land and snow-free land), as BBC reported. The rocky, cold terrain that is over 4,500 meters (13,600 feet) above sea level is particularly inhospitable to most plants, meaning the vegetation is mostly shrubs and grasses.

The subnival region is also very large, extending five to 15 times the size of the landmass covered in snow and ice, according to the study. “Yet, the harsh conditions make the area difficult to study. There’s hardly any ecological data from this region at all,” said Anderson, as the New Scientist reported.

For this paper, Anderson and her team focused on three sections of the Hindu Kush Himalaya, a range that stretches from Afghanistan in the west to Myanmar in the east, as Newsweek reported.

“The strongest trend in increased vegetation cover was between 5,000 meters and 5,500 meters altitude,” said Anderson, as BBC reported. “At higher elevations, the expansion was strong on flatter areas while at lower levels that has been observed on steeper slopes.”

There is no definitive reason that plants are moving to higher elevations, but the climate crisis is a likely culprit. “My initial guess would be that the primary driver is temperature limitation being removed,” said Anderson to the New Scientist. She added that extra carbon dioxide in the atmosphere could also be helping the plants grow.

The climate crisis is dramatically affecting the Himalayas, which are warming rapidly due to greenhouse gas emissions. That has meant that elevations that were once too cold for plants may now be hospitable to them, as the New Scientist reported.

Already, concern has grown over the Himalayas’ melting glaciers and how it will alter borders between countries. Furthermore, the melting glaciers will wreak havoc on the water supplies of countries that rely on runoff, causing an increase in floods and droughts.

Water that runs from the Himalayas feeds the 10 largest rivers in Asia, and 250 million rely on water from the range’s glaciers, which are threatened by global warming, as the Telegraph reported. If global warming is somehow held to 1.5 degrees Celsius above pre-industrial levels, then one-third of the Himalayan ice caps will still melt away.

Anderson told the New Scientist that it is crucial to figure out how the new vegetation climbing the mountains will affect the flow of water. Plant growth may trap more heat, causing the snow to melt faster.

“The plants could trap more snow. Or the plants could warm the areas nearby through albedo effects, causing the snow to melt at a different rate,” she said, as the Telegraph reported.