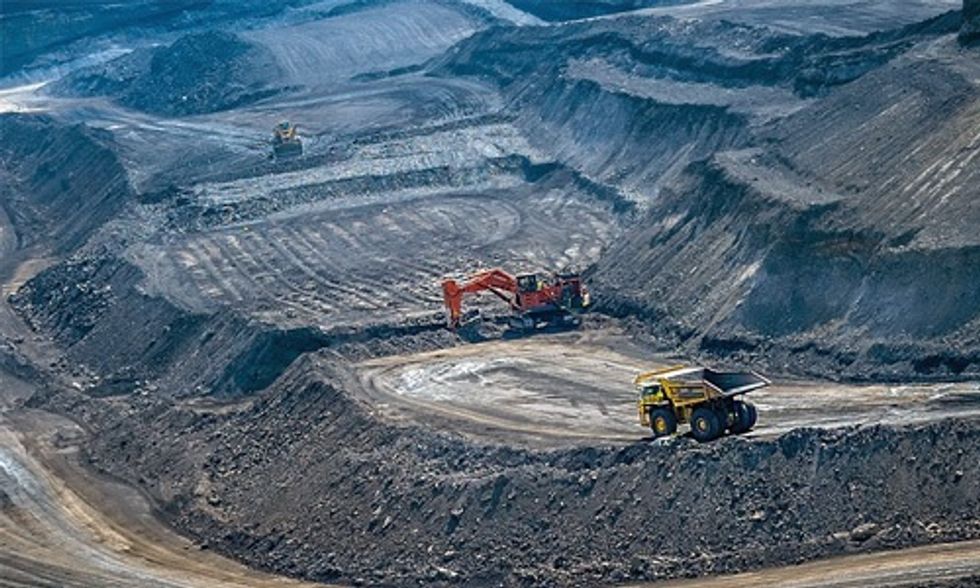 Candidates for the Democratic nomination for president are scrambling to show that they care about the coal miners and communities that are suffering due to the industry’s downturn.

Frontrunner Hillary Clinton last week released a $30 billion plan to safeguard pensions, retrain workers, fund local schools, update telecommunications and lure new businesses to these communities. Just the week before, her top rival, Sen. Bernie Sanders, an Independent from Vermont, stood in front of the Capitol with other Democratic Senators and vowed to protect workers even as he declared that it’s time to start keeping coal in the ground to fight climate change.

Republicans and industry representatives blasted Clinton’s proposal. “I think it’s a cynical ploy to gain votes in coal producing states,” said Stuart Sanderson, president of the Colorado Coal Association. “It would be a crying shame to destroy jobs in the coal industry and then soak tax payers for an expensive governmental program that is likely to be inadequate. There’s just no way to replace high paying jobs in this industry.”

The attention to coal communities from would-be Democratic nominees comes as Republicans and industry representatives continue to blame the Obama administration’s war on coal for the industry’s dire straits. As High Country News has reported, competition from low-priced natural gas and self-inflicted wounds from bad business deals are major factors in coal companies’ current financial woes. Several companies already have declared bankruptcy and others may soon follow. In Colorado, coal mining also has been impacted by the state’s 2010 Clean Air Clean Jobs Act, which called for replacing coal-fired power plants with cleaner sources of electricity. In the future, President Barack Obama’s Clean Power Plan would make the coal industry’s prospects bleaker still by cutting coal’s share of U.S. electricity production to an estimated 27 percent in 2030, from 39 percent last year.

Clinton’s plan echoes earlier proposals to help coal workers by the president and Democrats in Congress. She would use public funds to ensure retired miners don’t lose their pensions and miners’ families don’t lose their health care dues to bankruptcies. She would create a fund to support schools near coal mines and power plants, similar to programs that bolster rural schools near national forests that used to benefit from timber harvests. She also would expand the New Market Tax Credit program to give tax breaks for companies investing in coal. Many of these proposed policies would require congressional support.

If the Obama administration’s experience is any guide, getting congressional approval for such programs would not be easy. The president’s 2016 budget request included roughly $10 billion for a variety of programs designed to help coal communities including incentives for companies to capture and sequester greenhouse gas emissions from power plants. Congress ignored it, along with the rest of the president’s budget proposal. Instead, several agencies have combined funds from other programs to help coal communities. For instance, last month the president announced $14.5 million in grants. Most of the funds went to Eastern coal communities, but Western grants included:

Clinton or whoever else wins the Democratic nomination likely needs to persuade coal communities that she or he could do a lot better to have any hope of winning over coal communities next November.