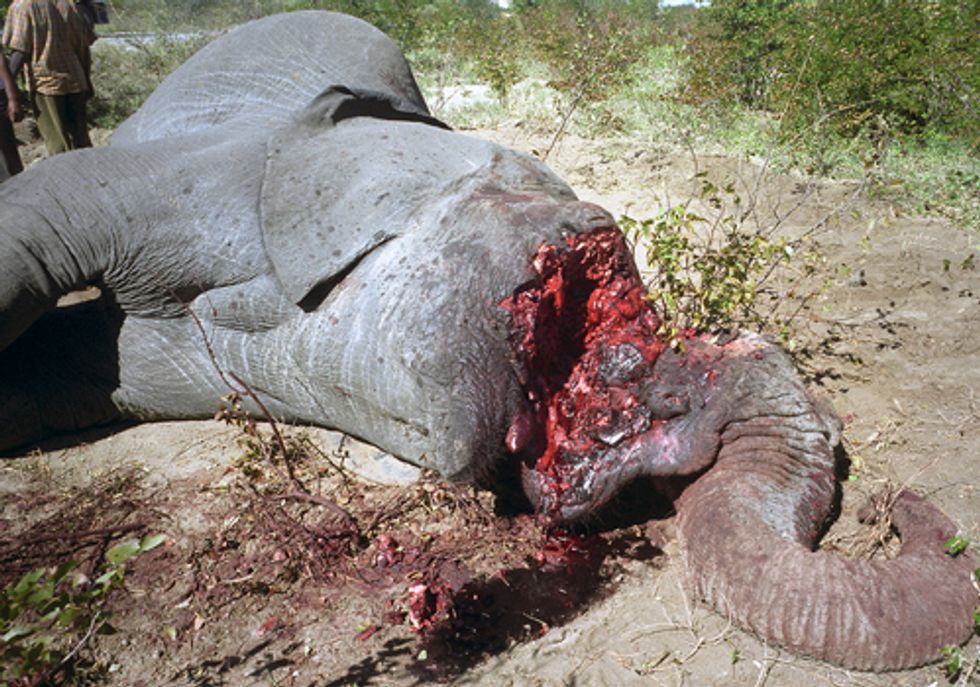 At least 25,000 elephants may have been slaughtered in Africa in 2011—more than in any year since reporting began in 2002—as international demand soars for the ivory from their tusks. Photo courtesy of Greenwich Photography

U.S. Secretary of State Hillary Clinton has spoken out about the threat from wildlife trafficking, describing it as a global issue requiring a concerted global response.

“Wildlife trafficking has serious implications for the security and prosperity of people around the world,” Clinton told a packed meeting at the U.S. Department of State.

Following the Secretary of State’s address, Crawford Allan, North America director for TRAFFIC—the wildlife trade monitoring network, a partner of International Union for Conservation of Nature (IUCN)—spoke of his work with TRAFFIC over the last 20 years tackling the global illegal trade in wildlife.

He spoke of the alarming recent rise in rhino and elephant poaching to record levels in Africa, mainly to meet demand for horn and ivory in Asia.

“The unprecedented surge in wildlife crime reflects a fundamental shift in the structure and operation of the illegal wildlife trade over the past decade,” said Allan.

“Wildlife crime is seen as relatively ‘easy money’, providing high returns for relatively little risk, so it is little surprise organized criminal networks are becoming increasingly involved. NGOs, such as TRAFFIC, World Wildlife Fund and WildAid can’t tackle such threats alone; we need governments to get involved," continued Allan. "In this regard, TRAFFIC warmly welcomes today’s strong commitment shown by Secretary of State Clinton, clearly placing the U.S. Government at the forefront of global efforts to deal with the growing menace from organized wildlife crime.”