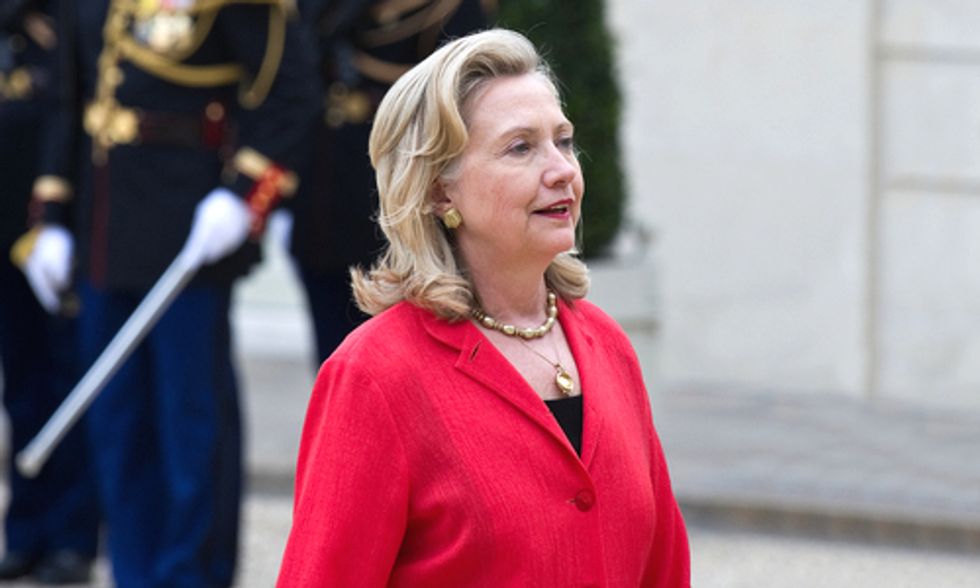 This week's release of Hillary Clinton's autobiography, Hard Choices, offers more than a chance to see if she has, in fact, written a "frustrating read." The book provides some insight into her environmental priorities in the event that she decides to make a bid for 2016.

The former U.S. secretary of state and possible presidential candidate includes some thoughts about climate change, framed around a 2005 visit to Alaska that she says opened her eyes regarding the degradation, forest fires and other factors that had been taking place all around the planet.

"Virtually everyone I spoke to on that trip had a personal wake-up call about what was happening,” she wrote about the trip she took with John McCain and two other Republican senators.

Hillary Clinton's new book reveals insight into her thoughts on the environment and how much she would prioritize it if she were to make a bid to be the next president.
Photo courtesy of Shutterstock

“A tribal elder recounted how he had returned to a lake where he had fished as a boy only to find it dried up. I met lifelong participants in dogsled races who told me they no longer even needed to wear gloves"

According to a Huffington Post review, Clinton also describes how she and President Barack Obama forced a tension-filled encounter with representatives from China, India, Brazil and South Africa in an attempt to change the Kyoto Protocol so that emissions targets included more than just developed countries. She and Obama barged into a secret meeting at the 2009 Copenhagen climate-change conference, alarming the representatives, including Wen Jiabao, former premier of the China, to whom Obama shouted, "Mr. Premier!" upon entering.

The book also provides some insight into Clinton's environmental priorities, should she run for president. She says she would work to maintain Obama's goals and rules on carbon emissions from power plants.

Clinton also warns readers about the dangers of placing the economy above the environment, as some of her political adversaries and energy executives have done in the wake of the U.S. Environmental Protection Agency's announcement of Obama's rules.

"When the economy is hurting and people are looking for jobs, many other concerns fade into the background," she wrote. "And the old false choice between promoting the economy and protecting the environment surfaces once again."

In anticipation that Clinton would run, 30 environmental groups in May requested that she take a strong stand against the proposed Keystone XL pipeline. Believing she had been somewhat vague on the issue, Friends of the Earth, 350.org, Greenpeace, Moms Clean Air Force and others reminded Clinton that building Keystone would be the equivalent of building 46 new coal-fired power plants.