Hillary Clinton: Arctic Drilling Is 'Not Worth the Risk' 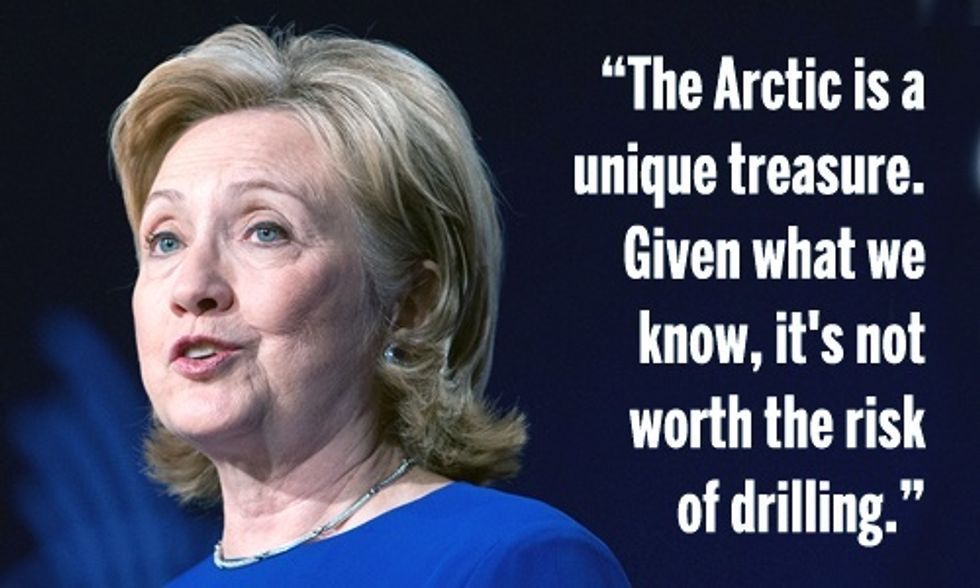 It's not the first time Democratic presidential candidate Hillary Clinton has come out against Arctic drilling. But with the news yesterday that the Obama administration has given final approval to Shell to drill this summer in the world's most pristine waters, she must have felt obligated to mention it again. This time in a tweet.

The Arctic is a unique treasure. Given what we know, it's not worth the risk of drilling. -H

Michael Brune, executive director of the Sierra Club agrees. Clinton "is exactly right: everything we know about dangerous oil drilling in the Arctic indicates it imperils a national treasure and is guaranteed to make our climate crisis worse. Whomever the next President is will have the opportunity to back up words with action by denying Shell's application to commercially drill in the Arctic."

However, not everyone was cheering, at least not GOP presidential candidate Jeb Bush. He tweeted this in response:

.@HillaryClinton Wrong. Being more-anti energy than Obama is extreme. We should embrace energy revolution to lower prices & create US jobs.

But as Leonard says, "The next President will be responsible for saving the Arctic, so it’s vital we hear where all the candidates stand."