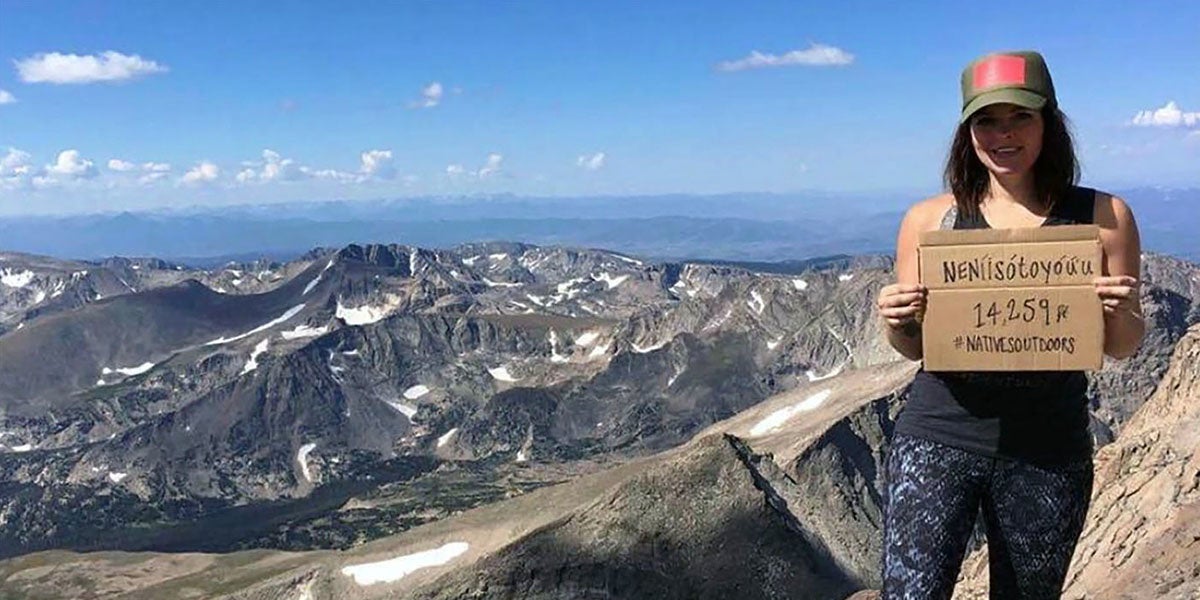 "These are lands that have been stewarded by indigenous people for thousands of years, and now it's a responsibility of everyone to take that into consideration." @nativesoutdoors / Instagram

Public spaces are for everyone, but how we perceive them and interact with them is contextual. Some activists are making their statements on the public canvas all around the world. And it’s catching on.

Len Necefer fell in love with mountain climbing after moving to Colorado, but he noticed that information about the national parks he visited did not include indigenous history, despite Native people being the first occupants of those areas.

Soon, he discovered a way to reclaim indigenous lands.

In 2017, Necefer, a member of the Navajo Nation, began posting photos of Native people participating in outdoor recreation to his Instagram account, @NativesOutdoors. One day, he posted a photo of a woman standing on the summit of Longs Peak, with the geotag “Neníisótoyóú’u,” the mountain’s Arapaho name.

Since then, through a combination of scholarly research and gathering traditional indigenous knowledge, Necefer has created indigenous place-name geotags for more than 40 mountains, most in Colorado.

“For a lot of folks, even myself, the education we receive about indigenous history in this country is pretty inadequate,” Necefer said. “It does not talk about the immense suffering and displacement that occurred, especially on public lands. People are curious and want to know, and I think this is one way that can happen.

“These are lands that have been stewarded by indigenous people for thousands of years, and now it’s a responsibility of everyone to take that into consideration.”