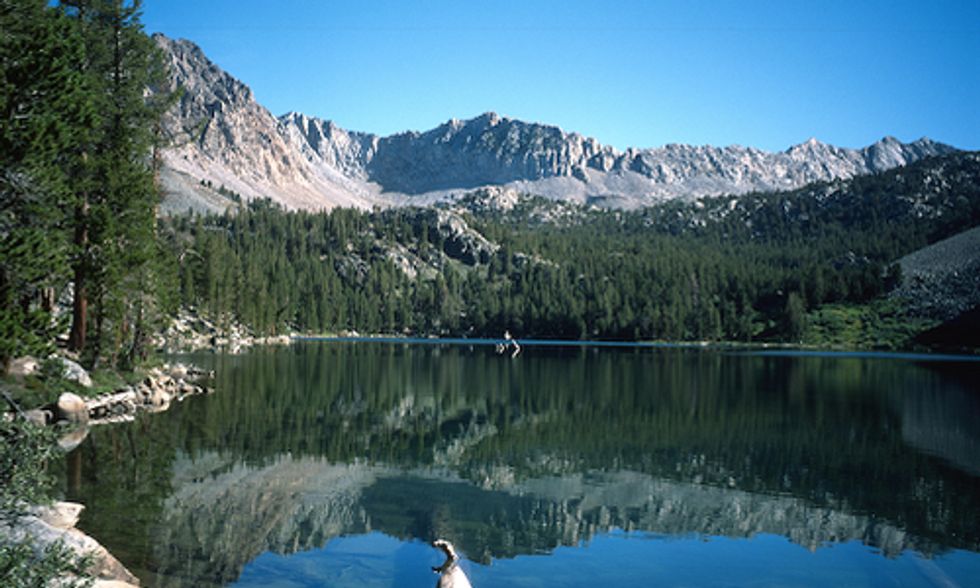 Robert Manning is a hiking guru. At the University of Vermont, he researches and teaches park managment, which in practice means that he does a lot of hiking. With his wife, Martha, he cowrote the book Walking Distance (Oregon State University Press), which details 30 walks for any hiker's bucket list. Sierra Club spoke with Manning about his book, his experience with park management and the best trail in the world.

Sierra Club: The subtitle of your book is Extraordinary Hikes for Ordinary People. Who's "ordinary"? I mean, what's the face of the American hiker today?

Robert Manning: I think it’s quite a cross-section, but the "ordinary people" part of the book is something that Martha and I feel strongly about. That’s the main purpose of the book, really: to get people walking more. Compared with people in a lot of the countries we’ve visited, not a lot of Americans are out there walking. With this book, we’re trying to do something about that, to get people to explore and create and ultimately protect these places.

SC: You have a strong connection to the John Muir Trail in particular, which you call one of your top 10 walks in the world.

RM: I have a long and deep relationship with the John Muir Trail. When I graduated from college, it was 1968, and the Vietnam War was raging, and so I joined the Coast Guard. I enjoyed living in the city, but even more I enjoyed getting out to Yosemite. It really convinced me that I wanted something to do with the National Parks. That’s also how I became aware of John Muir and the Sierra Club.

I always get a kick out of hiking above the tree line, of visiting places that I’d been seeing in Sierra Club calendars for years, thinking, "I really want to go there." Hiking over John Muir Pass and then on to Gifford Pinchot Pass—the legacy of American conservation is just written into the landscape. To me, there’s no mountain range that’s more beautiful and friendly and engaging than the Sierras. That, combined with the Muir legacy, makes the trail my favorite hike.

SC: You’re an expert in park management. What’s your take on how the John Muir Trail is managed?

RM: It has been around for a long time, so it’s well marked and well managed. One area where it excels is the permit system.

Views of the Colorado River nestled in the Grand Canyon. Photo courtesy of Robert Manning

SC: What makes a good permit system? The only innovation I’m aware of is the Grand Canyon's rafting permit system, which switched to a weighted lottery. I should also mention that you profile a hike along the Colorado River in your book.

RM: The rafting waitlist was 20 years [laughs], and that can’t work. The John Muir Trail innovation is the simplicty of a single permit that cuts through two national parks and two U.S. Forest Service areas. It would be daunting if one had to get a permit from those four entities and then had to coordinate the dates. At Yosemite in general, they allocate things in a way that's easy for the user, even when it's not easy for them.

SC: So nationally, we’ve got some good parks. What about internationally? In Walking Distance, you list a number of UNESCO World Heritage Sites, such as El Camino de Santiago, in northern Spain and parts of France.

RM: UNESCO sites are very successfully managed. It’s the Parks Service ramped up on a global scale. For a country to get the status, they have to have a plan in place to manage it. And they take that very seriously.

SC: El Camino de Santiago is a Catholic pilgrimage, and yet there’s a mix of people that there.

RM: The mix, the diversity of people, on the Camino is probably the most on any trail that I’ve walked. We met people from all over the world. Even more impressive, we came across people of all age groups. The religious significance is obviously important, but I’d say that a large portion of the people we encountered were not walking for religious reasons.

RM: Martha and I have really begun to embrace urban walks. One that we did this summer is what’s called the River Thames Walk in England. It starts at the source in the Gloucestershire and goes right through London—which takes three days—and then on to the sea. Martha and I would like to include urban and suburban walks in a future book. We love, for example, that portion of the California Coastal Trail from Muir Beach south to Cliff House. We sort of christened it "the Golden Gate Way."