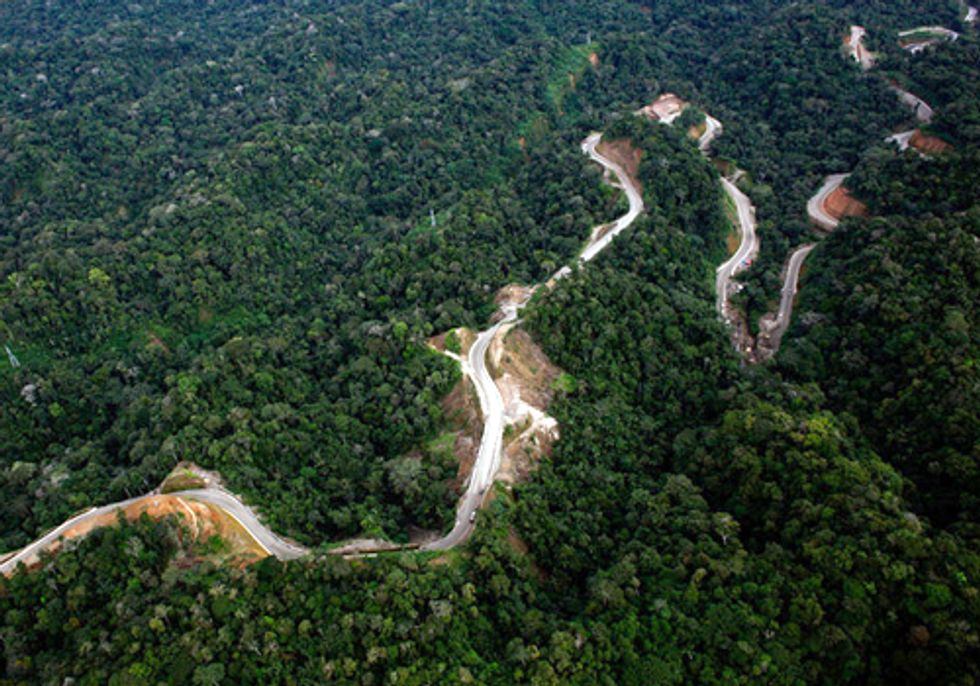 Paving a highway across South America is providing lessons on the impact of road construction elsewhere.

That’s what a University of Florida researcher and his international colleagues have determined from analyzing communities along the Amazonian portion of the nearly 4,200-mile Interoceanic Highway, a coast-to-coast road that starts at ports in Brazil and will eventually connect to ones in Peru.

The results of their five-year study provide a holistic picture of the social, environmental and economic effects of the highway project, including relationships with climate change. Among the findings:

“The vast majority of road studies look at only one of those pieces,” said Stephen Perz, a UF sociologist and lead author on the paper, which was published in March in the journal Regional Environmental Change. “But it is necessary to consider what is gained and what is lost by paving highways.”

The southwestern Amazon, situated along the borders of Bolivia, Brazil and Peru, is considered a biodiversity “hot spot” because of its extreme variety of plant and wildlife species. Scientists are creating models to better understand how paving of the Interoceanic Highway increases deforestation and degrades forest habitats in this sensitive area. Forest loss and degradation can cause an upsurge in susceptibility to future fires, which results in a forest-burning domino effect that raises carbon dioxide emissions that contribute to climate change. At the same time, the Amazon’s worsening droughts, which are also associated with climate change, make fires more dangerous to forests. Perz and his colleagues found that people are often ill-equipped to control fires by themselves and live in places that firefighters cannot access in time to extinguish outbreaks.

The Interoceanic Highway was a decades-long dream of many governments seeking to develop the Amazon and it was finally paved in 2010, although several side roads remain to be connected. The process of paving gave the researchers an opportunity to examine how a road brings opportunities as well as problems to local communities.

“For an anthropologist it’s hard, because you kind of romanticize people who live sustainably,” said paper author Jeffrey Hoelle, an adjunct assistant professor of anthropology at the University of Colorado at Boulder who interviewed Brazilian families when he was a UF graduate student working on the study. “But everyone has basic needs, and if the road gets people better access to education and health care, they are going to take advantage of it.”

The researchers say economic success in the region is dependent on whether the road gave people opportunities to use a diversity of materials from the rainforest and the ability to sell their products in regional markets. These factors ultimately contributed to whether communities showed resilience to rapid changes from development.

As construction continues and new roads become off-shoots from the highway, additional rainforest resources will be diminished. Previous roads through Brazil pushed rubber tappers away from their economic livelihood that once was provided by the indigenous rubber plant of the rainforest. This forced workers to relocate to local towns, where they were unprepared to find jobs, often resulting in urban poverty.

In June, world leaders will meet in Brazil at the U.N. Conference on Sustainable Development, otherwise known as the Rio+20, to discuss forests and patterns of production and consumption, among other topics. It comes on the heels of recent protests in Brazil about proposed reforms legalizing the deforestation of millions of acres of the Amazon. And in Peru, protests continue to surround further road development that may venture into areas inhabited by some of the country’s isolated rainforest tribes. The researchers in this study are using the information they gathered to contribute to a model that governments and communities can use when planning highways to avoid some of the negative outcomes of paving.

“Is the road good or bad? It depends on who you ask and what you choose to study,” Perz said. “But a broader planning approach requires an open, public process in which communities need to participate.”