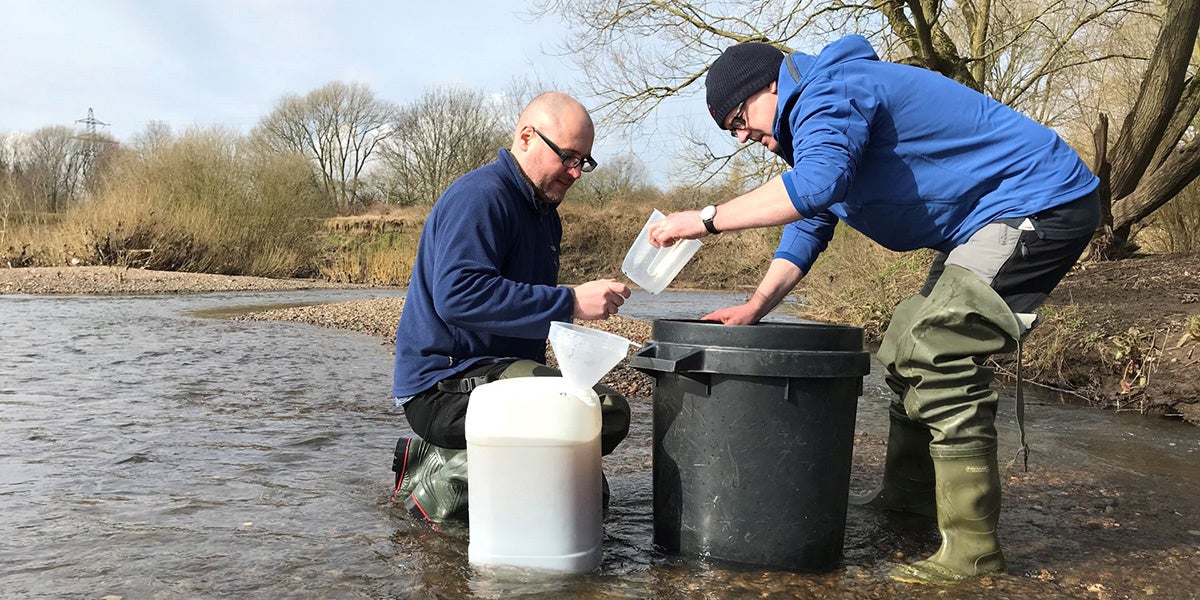 The University of Manchester

Scientists and environmentalists have raised the alarm about microplastics polluting our oceans. Now, researchers at the University of Manchester have revealed more details of how they might get there.

The first ever catchment-wide microplastic study, published March 12 in Nature Geoscience, assessed microplastic contamination in the sediments of river beds along 40 sites in northwest England. Researchers discovered microplastics in every river bed they studied. But when they returned to the sites after a period of extensive flooding, they found that 70 percent of the microplastics had been washed out to sea. 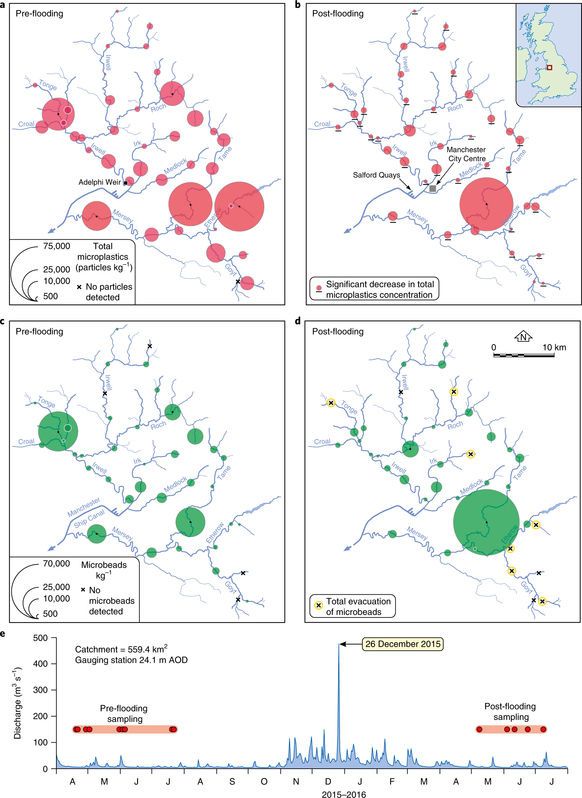 A graphic, published in the study, shows the concentration of microplastics and microbeads before and after flooding. Nature Geoscience

“We are only beginning to understand the extent of the microplastic contamination problem in the world’s rivers. To tackle the problem in the oceans, we have to prevent microplastics entering river channels,” Jamie Woodward, one of the study’s authors and a professor at the University of Manchester, said in a university press release.

On one site along the River Tame, the researchers found 50 percent more microplastic particles than had previously been recorded in one place, The Guardian reported. But the study’s implications extend far beyond the Manchester watershed.

“This is a small to medium sized catchment in the north of England, it is one flood event, it is just one year—there is no way that [five trillion global] estimate is right,” Rachel Hurley, another of the study’s authors, told The Guardian.

Microplastics are a problem for marine animals, who ingest them by accident. A February study found the particles in 73 percent of 233 fish pulled from the northwestern part of the Atlantic Ocean. Humans also consume them once they move up the food chain, though it is still unknown to what degree they impact human health.

While the Manchester study suggests the problem is even greater than previously believed, it also offers the possibility of stopping it at its source. The study’s authors recommend stricter regulations monitoring how waste flows into urban rivers.

“[W]e hope that improvements in wastewater management will be put in place in the future,” Woodward said.

The UK already took one decisive step against plastic pollution in January, when it banned microbeads, small plastic spheres often used as exfoliants in cosmetics. Microbeads made up a third of the plastics found in the Manchester study, though researchers told The Guardian they might have come from industrial uses not included in the recent ban.