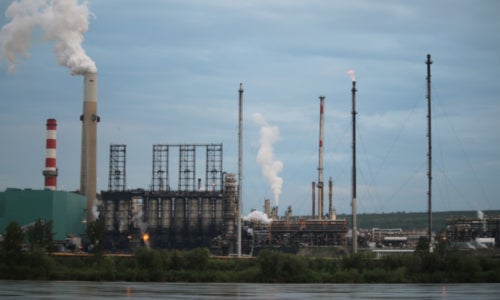 A new study released by two Alberta First Nations communities in partnership with the University of Manitoba reports that certain carcinogens released in tar sands operations are being found in high levels in local wildlife. The study also reports a higher incidence of cancer among study participants, many of whom work in the tar sands industry, adding to evidence that these local communities suffer from higher rates of cancer. 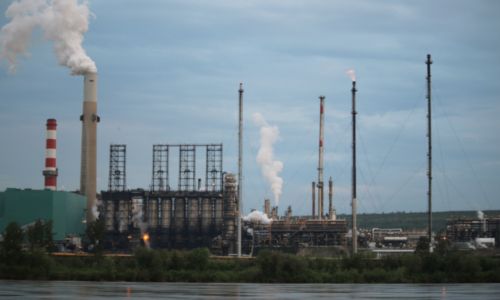 The Mikisew Cree Chief Steve Courtoreille said, “This report confirms what we have always suspected about the association between environmental contaminants from oil sands production upstream and cancer and other serious illness in our community… We are greatly alarmed and demand further research and studies are done to expand on the findings of this report.”

The University of Manitoba study done in collaboration with the Mikisew Cree and Athabasca Chipewyan First Nations adds to growing body of scientific evidence that people living near tar sands operations are showing that serious health risks and problems. Projects like the proposed Keystone XL pipeline which will help the ramp more tar sands production posing even greater health risks should be rejected by the U.S. government. And despite these documented dangers, the province of Alberta and the federal Canadian government have done too little to protect the local community’s health. Now is the time for more rigorous health monitoring and a follow up investigation into elevated cancer rates.

The report, Environmental and Human Health Implications of the Athabasca Oil Sands for the Mikisew Cree First Nation and Athabasca Chipewyan First Nations in Northern Alberta, was prepared by Dr. Stephane McLachlan of the University of Manitoba’s Environment Conservation Laboratory. Dr. McLachlan and his colleagues found elevated levels of the environmental contaminants arsenic, cadmium, mercury and selenium, as well as polycyclic aromatic hydrocarbons (PAHs) in the foods traditionally harvested by the First Nations in the region including moose, ducks and beavers. PAHs often present serious risks to human health—some are known to damage DNA, others are carcinogens and many impact human development. PAHs also typically bioaccumulate and remain present in the environment over long periods of time. The levels of PAHs found in the wildlife collected by local communities were higher than expected and occurred in higher concentrations than those found in similar studies conducted around the world that focused on contaminants in food.

The study evaluated wildlife harvested by community members by examining tissue samples from moose, ducks, muskrats and beavers. According to the study, the wildlife had high concentrations of arsenic, mercury, cadmium and selenium. The study noted that members of First Nations communities still widely consume these “country foods” including moose and ducks, although the study noted that community members have been reducing their consumption of these foods due to pollution concerns and a general transition away from the traditional lifestyle.

Researchers also interviewed local community members from Fort Chipewyan where participants voiced their concerns of a sharp decline in health and an alarming increase in cancers. Notably, many of those participants reporting cancer worked in the tar sands industry. A high incidence of cancer in the small community of Fort Chipewyan, which sits directly downstream of major tar sands development, has already been confirmed.

A 2009 study, commissioned by the governments of Alberta and Canada, noted a diagnosed cancer rate from 1995 to 2006 that was 30 percent higher than what would typically be expected for that period of time. Further, certain types of cancers—biliary tract cancers, blood and lymphatic cancers, lung cancers in women, and soft tissue cancers—were all occurring at higher rates and expected. Additional scientific studies conducted around the world have linked elevated levels of these specific cancers to exposure to certain constituents in petroleum products and the chemicals produced in petroleum manufacturing. A more recent statistical review from the Alberta government still found higher rates of cancers than would be expected in a small community.

Alberta’s Edmonton Journal agrees that First Nations are owed an independent study evaluating the higher rates of cancer. “Albertans have been promised ongoing, world-class environmental monitoring in the oilsands region. That same long-term commitment needs to be made to monitoring the health of residents within that region, too.”