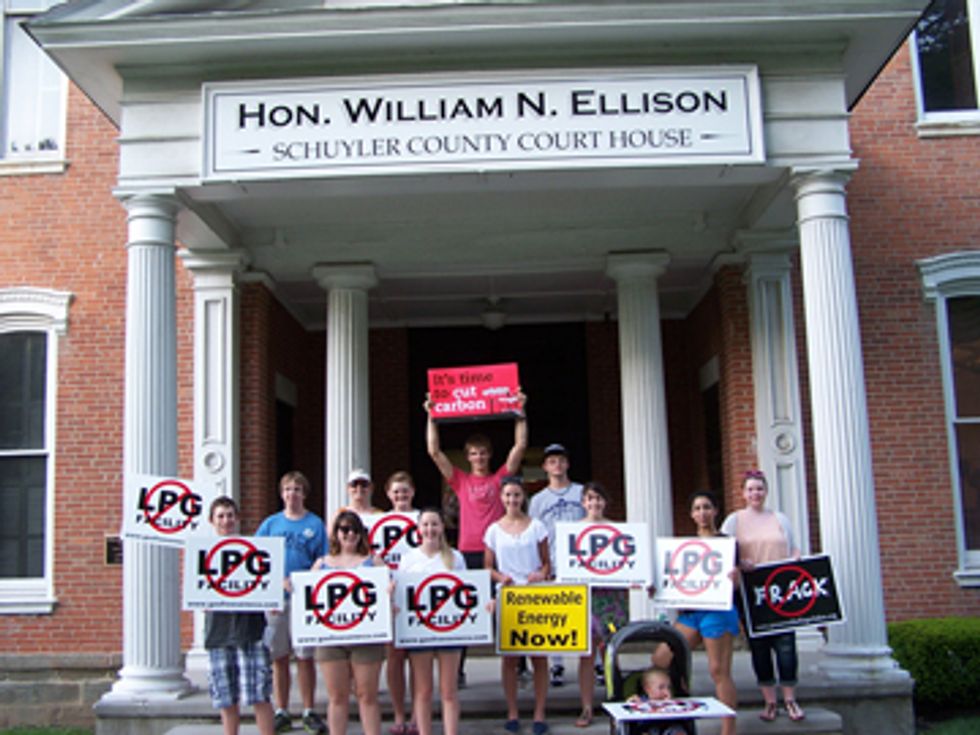 For their class project, the students chose to focus on the plans of an out-of-state corporation, Inergy, which include a proposal for an industrial natural gas storage and transport hub on the shores of nearby Seneca Lake. For their demonstration, the students gathered at Marine Park at the head of the lake and spoke of their concerns. All of the student's were opposed to the industrialization of the lake, with one exception—a student whose father is a U.S. Salt executive.

“I was born on this lake and this project will affect me and generations to come after me," one student explained as her rationale for opposing Inergy.

With their signs in-hand while chanting the likes of “Whose Lake? Our Lake! Whose Future? Our Future!,” the students marched to the Watkins Glen State Park and back, stopping along the way and cheering as passing cars and trucks honked their horns in support.

A second rally is planned for today at 6 p.m. at the same location and following the same route.