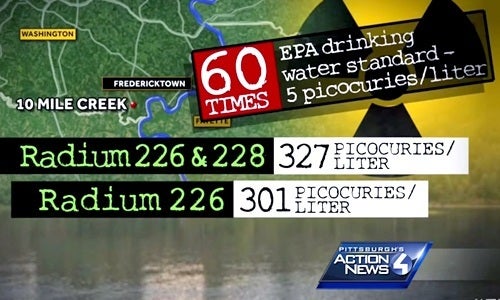 Pittsburgh’s Action News 4 reported yesterday that high levels of radiation—up to 60 times higher than the maximum allowed in drinking water—were found in Ten Mile Creek, which flows into the Monongahela River in Greene County, Pennsylvania. 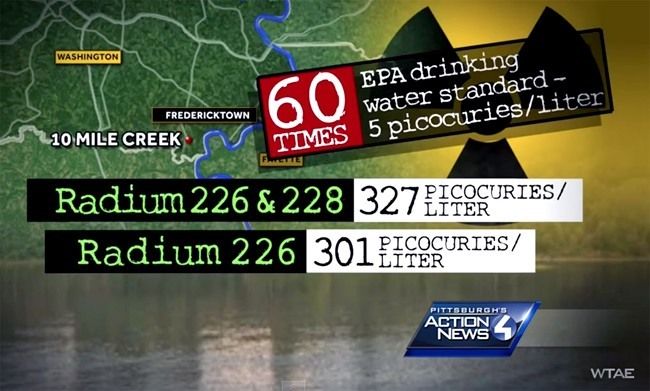 Ken Dufalla of the Izaak Walton League conservation group has been taking samples from 10 Mile Creek for years, frequently finding high levels of total dissolved solids, according to Action News 4.

“I wouldn’t touch it. As you can see, I try to keep my hands off it all I can because I don’t know what’s in this water,” Dufalla told the Pittsburgh news station.

Ten Mile Creek feeds into the Mon River near Fredericktown and less than a mile down river is a water treatment plant, which has regulators and residents very concerned.

Action News 4 interviewed John Stolz, a biologist at Duquesne University, who says radium can be hazardous.

“The reality is, if it’s getting into the water that is being used as a source of drinking water, then it is a problem,” Stolz said, since standard filtering process does not easily get rid of radium.