9 of the World’s Best Drone Photos 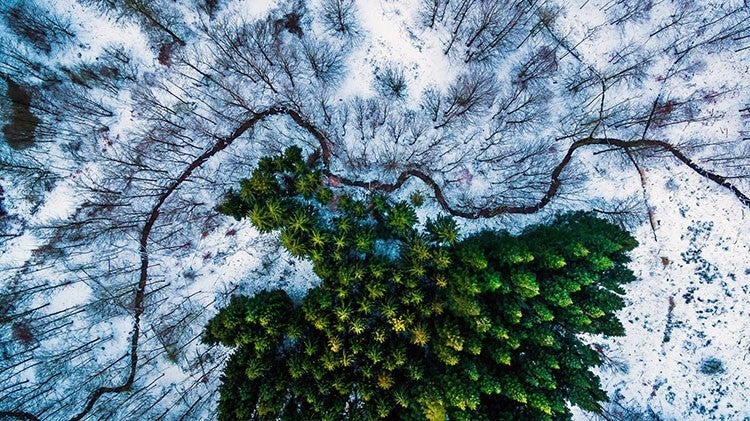 Drones, most known for their military and spy use, can capture brilliant and breath-taking images of Earth in the hands of the right photographer.

Dronestagram, a contest in its third year, collected 5,900 entries spanning 28 countries in three categories: Nature-Wildlife, Sports Adventure and Travel. Three winners were selected for each category, as reported by National Geographic.

“A great drone picture is a picture that you immediately identify as a drone photo,” Guillaume Jarret, Dronestagram’s head of marketing and development, said.

Drone photography is trickier than normal photography, Patrick Witty, one of the contest judges, said, because not only do the pilots of the drones have to, well, pilot them, they also have to compose a photo while piloting the drone.

“Until you are floating above a scene, it’s impossible to know exactly what you’ll see below,” Witty said. “Photographers not only have to pilot the drone but, more importantly, compose a photo that transports you to a place you’ve never been before.”

Here are the nine winners of this year’s Dronestagram contest per category: 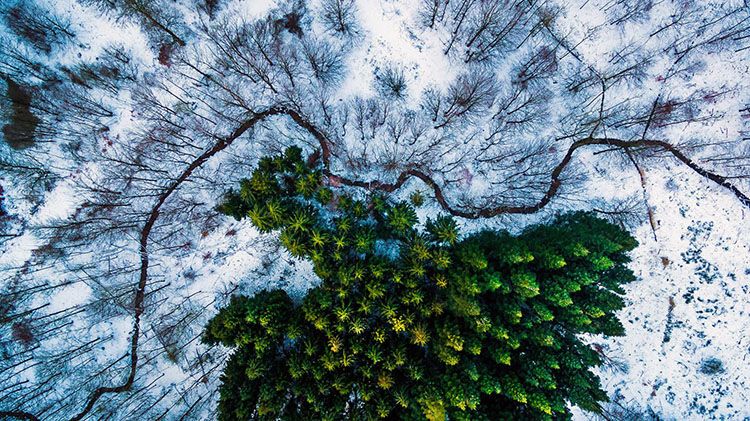 Wielding his Phantom 3 drone, Michael Bernholdt took this photo of Demark’s Kalbyris Forest. “To my luck it had snowed all day so that the pine wood really stood out,” he says.Photo credit: Michael Bernholdt via Dronestagram 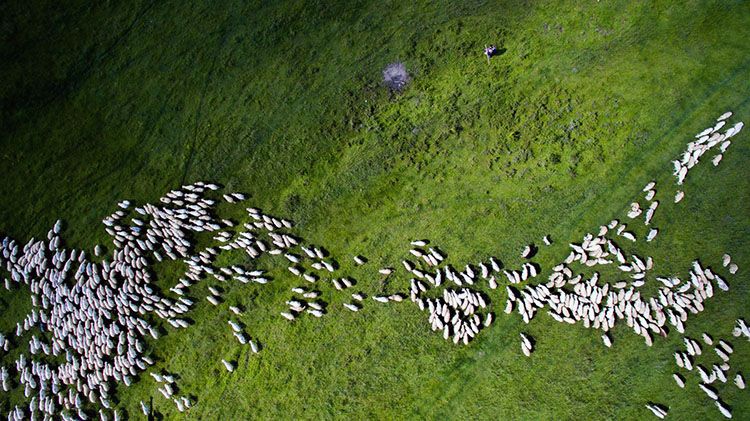 Szabolcs Ignacz spotted this swarm of sheep while traveling down the road in Marpod, Romania. He quickly set up his drone and captured this winning image.Photo credit: Szabolcs Ignacz via Dronestagram 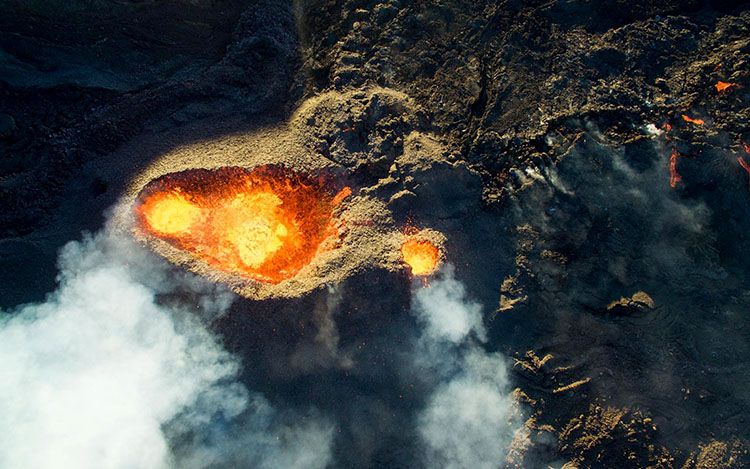 “This picture was very difficult to catch because of ascending hot-air and 50Km/h wind,” writes Jonathan Payet of his photo, taken above the Piton de la Fournaise volcano on Réunion island. “There was also sulfur next to the volcano so I need to have a mask while piloting.”Photo credit: Jonathan Payet via Dronestagram 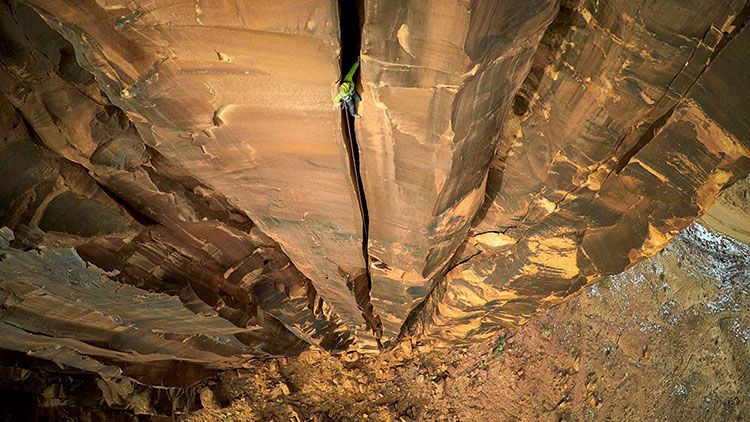 When Max Seigal spied this crack in Moab, Utah, he knew he had to get a shot of it. “Two years ago I started flying drones, and I quickly realized their potential to capture stunning, never before seen views,” he writes. “I’ve been hooked ever since!”Photo credit: Max Seigal via Dronestagram 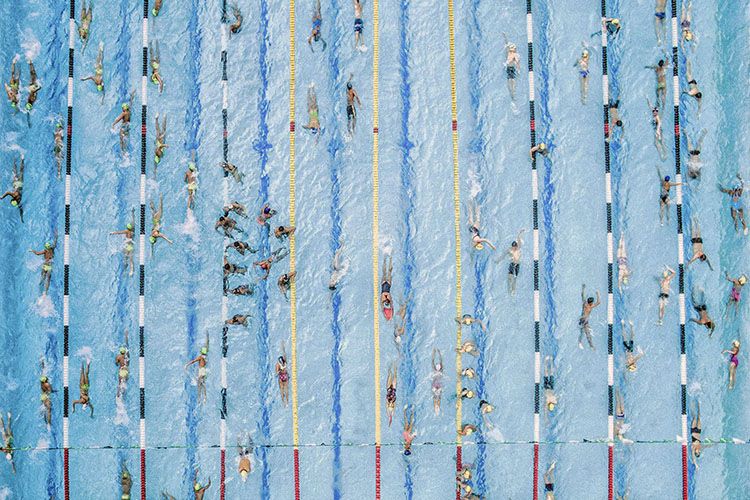 While covering a competition in Cúcuta, Colombia, Juan Pablo Bayona took this photo of swimmers. “Instead of taking the same photo as always, it occurred to me to fly my drone to try to achieve something different,” he says.Photo credit: Juan Pablo Bayona via Dronestagram 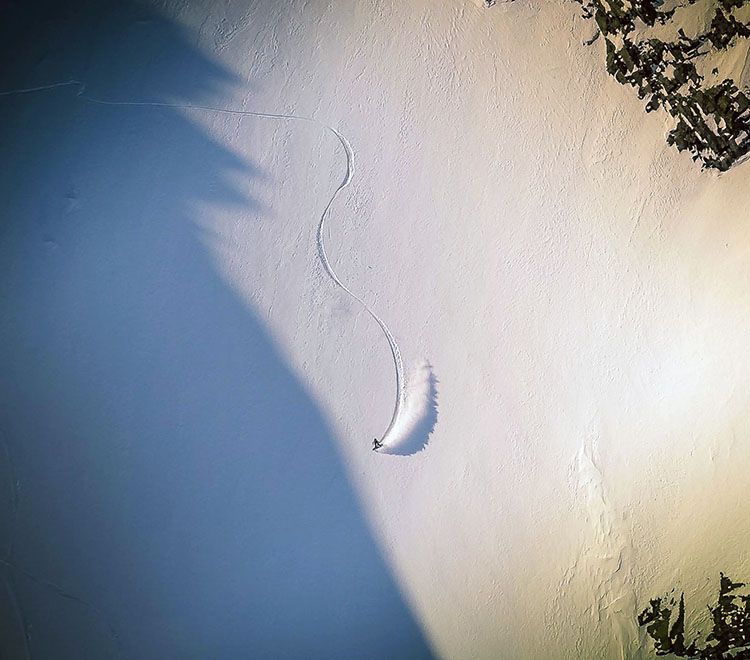 Tj Balon took this picture of his friend outside of Cordova, Alaska. “My fingers always get cold while I fly up there but the results are ALWAYS worth it,” he writes.Photo credit: Tj Balon via Dronestagram 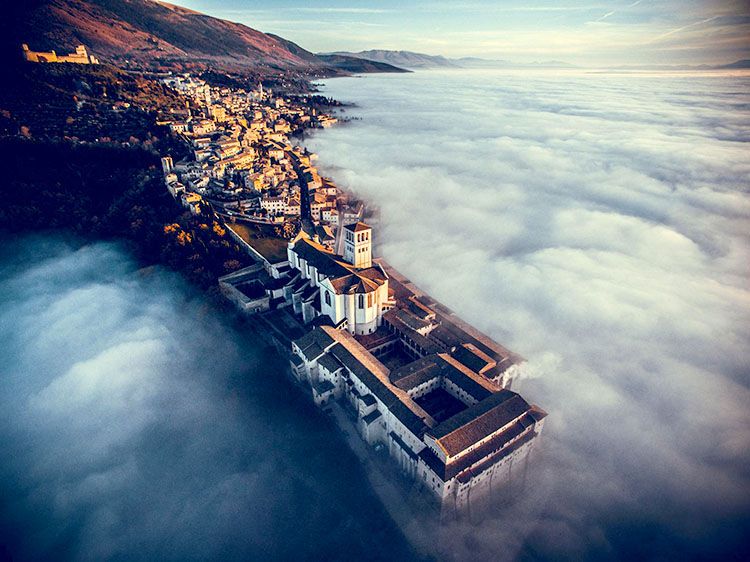 It was a foggy day after Christmas when Francesco Cattuto went for a walk near the Basilica of Saint Francis of Assisi in Assisi, Italy. But when he sent his drone above the clouds, “the view was spectacular.”Photo credit: Francesco Cattuto via Dronestagram 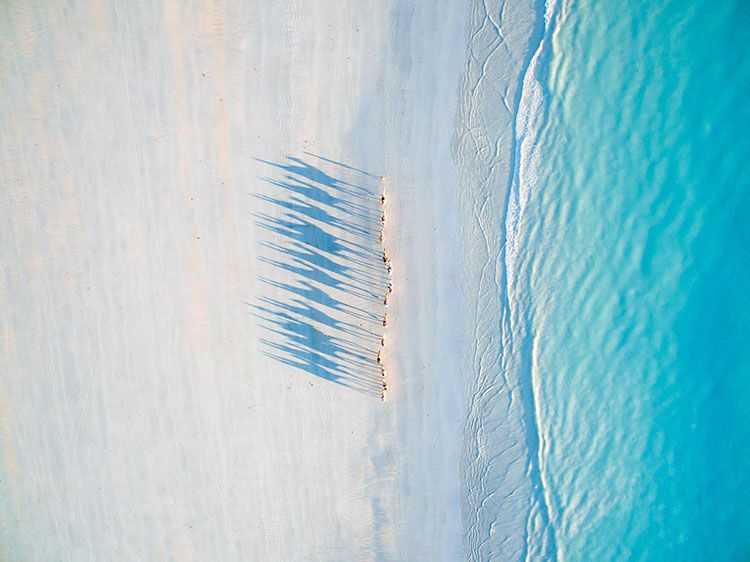 Todd Kennedy took this photo on his honeymoon in Cable Beach, Australia. When he and his spouse went on a sunset camel tour, he brought his drone and captured it from above.Photo credit: Todd Kennedy via Dronestagram 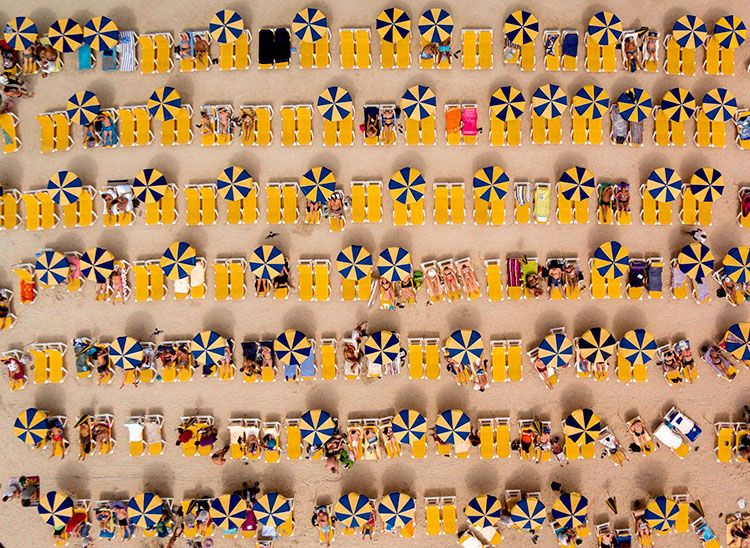 On a trip to Gran Canaria Island, Karolis Janulis captured a shot “of one of the most amazing beaches in the world—Playa de Amadores.”Photo credit: Karolis Janulis via Dronestagram