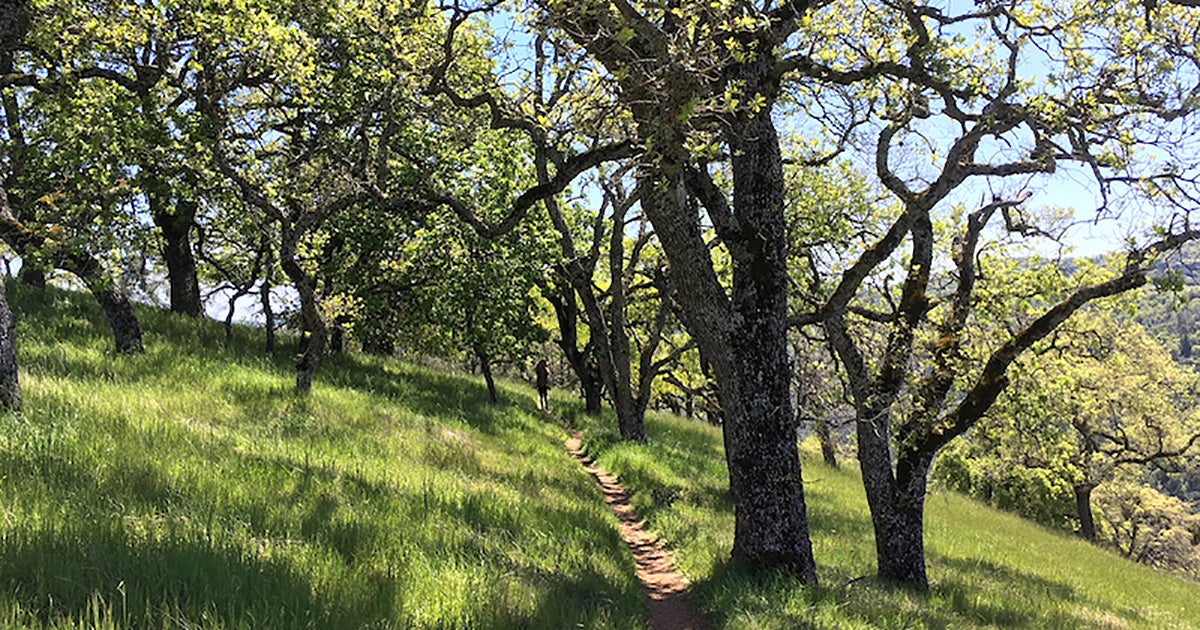 Normally, a writer writes to reach an audience. But what I’m about to tell you, I want you to keep just between us, OK? Whatever you do, don’t email this article to your friends, don’t share it on Facebook, and please don’t post it on Twitter. Because I’m going to let you in on one of the San Francisco Bay Area’s best-kept backpacking secrets, and I want to keep it that way.

The place I’m going to tell you about is big enough, and still wild enough, to accommodate a week-long backpacking trip. It’s a landscape that’s textbook California savanna—a terrain of mammoth black oak and valley oak that, in the springtime, explodes into wildflower fireworks. And—best of all—it’s a place that you can get to in a relatively painless two-hour drive from San Francisco or Oakland.

I’m talking about Henry Coe State Park, the largest state park in Northern California. At 88,000 acres, it’s about 25 percent larger than Point Reyes National Seashore, but it hosts a tiny fraction of the estimated 2.5 million visitors who travel to the national seashore every year. It’s also stupid-close to the mish-mash of freeway mazes and sprawl that make up most of the Bay Area. As the crow flies, the park is a scant 35 miles from the Apple headquarters in Cupertino.

All of which makes Henry Coe the perfect escape. Once you get there, you’ll feel far away—even if you’re still close to home. 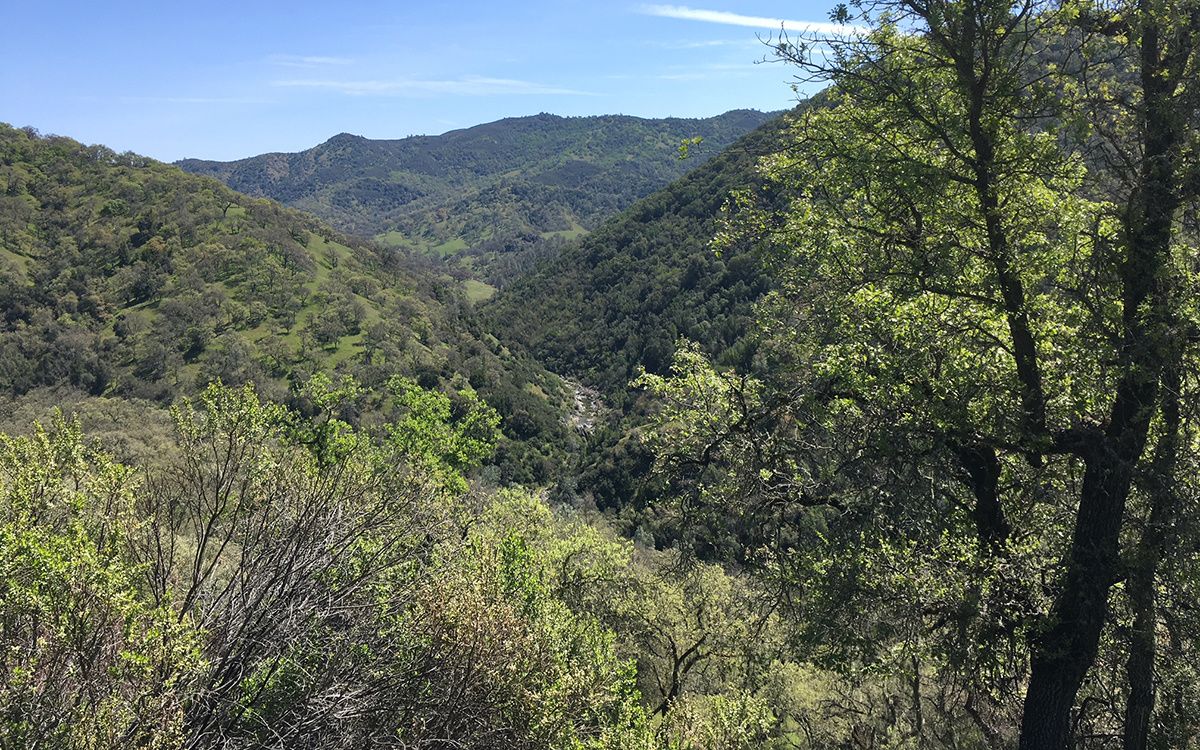 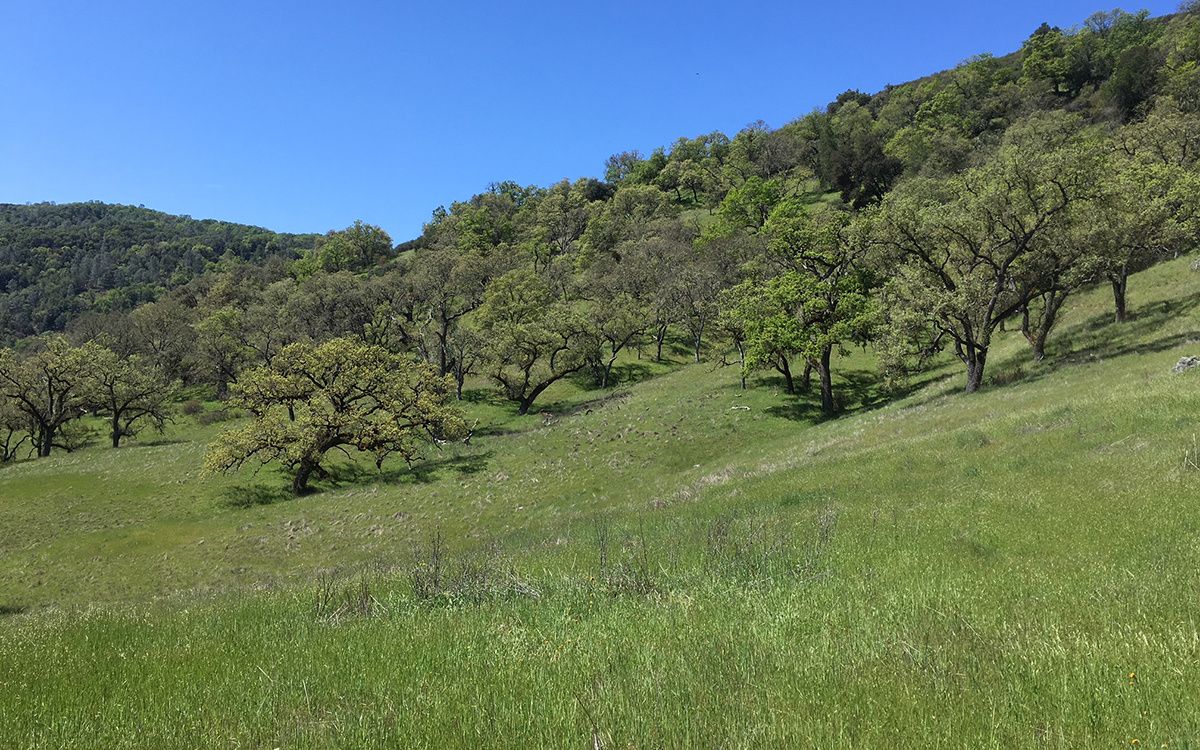 I should say that if you’re the kind of backpacker who hungers for epic alpine vistas or the sharp beauty of the desert, you may at first be disappointed by Henry Coe. There’s little grandeur there. No big peaks or stunning buttes, no rough rivers or knock-you-on-your-ass tall trees. It’s a place of subtle charms. With its broad sweeps of tall grass and swooning oak trees, Henry Coe feels like it’s ripped from a John Steinbeck novel, the epitome of Old California. The place is merely pretty—but after weeks stuck in the city or the ‘burbs, pretty is more than enough.

At a good half mile above sea level, this northernmost outpost of the Diablo Range has a lushness unusual for Californian savanna. Gray pines are scattered among all of the oak trees. There are ponderosa, including a few giants that seem like they’ve been transplanted from the kneecaps of the Sierra Nevada. Coyote Creek, one of the park’s main arteries, manages to flow even through the dusty days of August and September.

You’ve got a good chance of seeing some wildlife. Henry Coe’s usual critters are common: deer and coyotes, flocks of turkeys zigzagging through the understory. If you behave yourself (that is, if you’re practiced at being still) you might catch something more elusive. Once, I spotted a red fox, jumping through the beam of my head lamp. On another trip, I came across a bobcat, right in the middle of the trail. During a New Year’s solo trip, I saw a feral hog above Coit Lake. It was the size and color of a wine barrel, tearing up a hillside with the speed of an NFL linebacker.

If you really want to play with solitude, Henry Coe will demand some work. Anything within a day’s hike of the visitor center at Coe Ranch is reliably busy with day-trippers, crews of college backpackers, and mountain bikers a’shredding. (Many of the park’s trails are old ranch roads, broad and with a brutal grade, which makes them popular with the two-wheelers.) But if you go farther afield, it gets lonely quick enough. Few folks make it out to the Orestimba Wilderness, a 22,000-acre state wilderness punctuated by the impressive chert outcropping of the “Rooster Comb,” where miles-long groves of blue oak cast their candelabra arms skyward. I doubt more than a dozen people a year make it to the old corral below Bear Spring.

Did I mention that if you live in the Bay Area, Henry Coe is ridiculously easy to get to? The proximity is the point. Often as not, the backyard beats the bucket list destination. I’ve backpacked through Henry Coe nearly 10 times, and its lack of pretension has grown on me. At this point, it seems like an old friend.

I’d encourage you to start planning your route. Just remember: You didn’t hear this from me.

Where: Henry Coe State Park. Take California Highway 101 to the city of Morgan Hill and exit at East Dunne Avenue. Follow Dunne Avenue eastward, and follow the park signs up into the hills.

Best Time to Visit: Spring is the most popular season for visiting Henry Coe, on account of the explosions of wildflowers. If you want to beat the crowds, consider visiting in winter, when the grasses are typically green and lush and the temperatures still relatively mild. The park can be punishingly hot and dry in the summer, and water difficult to come by.

Backcountry Hack: Each spring, the park hosts what it calls “Backcountry Wilderness Weekend,” when park staff and volunteers from the Pine Ridge Association organize a shuttle system along the old ranching roads to establish a temporary trailhead on the east side of the park, affording hikers and equestrians easy access to the Orestimba Wilderness. Downside: The typically quite-far reaches of the park become packed with people. Upside: It’s a good way for families to get to places like the Rooster Comb, which requires at least two days of hard trekking to reach.

Bring Your Fishing Pole: If you’re an angler, consider bringing your pole. There’s good fishing—bass, crappie and sunfish—at Coit Lake and Mississippi Lake. But both lakes are fringed with thick stands of tule reeds, so getting to a good place to cast requires some bushwhacking.

Pro-tip—Brave the Narrows: Many backpackers or hikers seeking to get from the park headquarters to the eastern side of the park will avoid the narrow gulch of Coyote Creek marked on the map as “The Narrows” and will instead take the punishing ranching roads up and over the ridges. But if you’re a half-experienced trekker, you should brave the Narrows (unless it’s after a big rain). Between Poverty Flat Campground and China Hole you’ll be rewarded with a sycamore-strung single-track free of mountain bikers. In the spring, the pools between China Hole and Los Cruceros are often filled with various species of duck.