Why This Plant Could Save the World 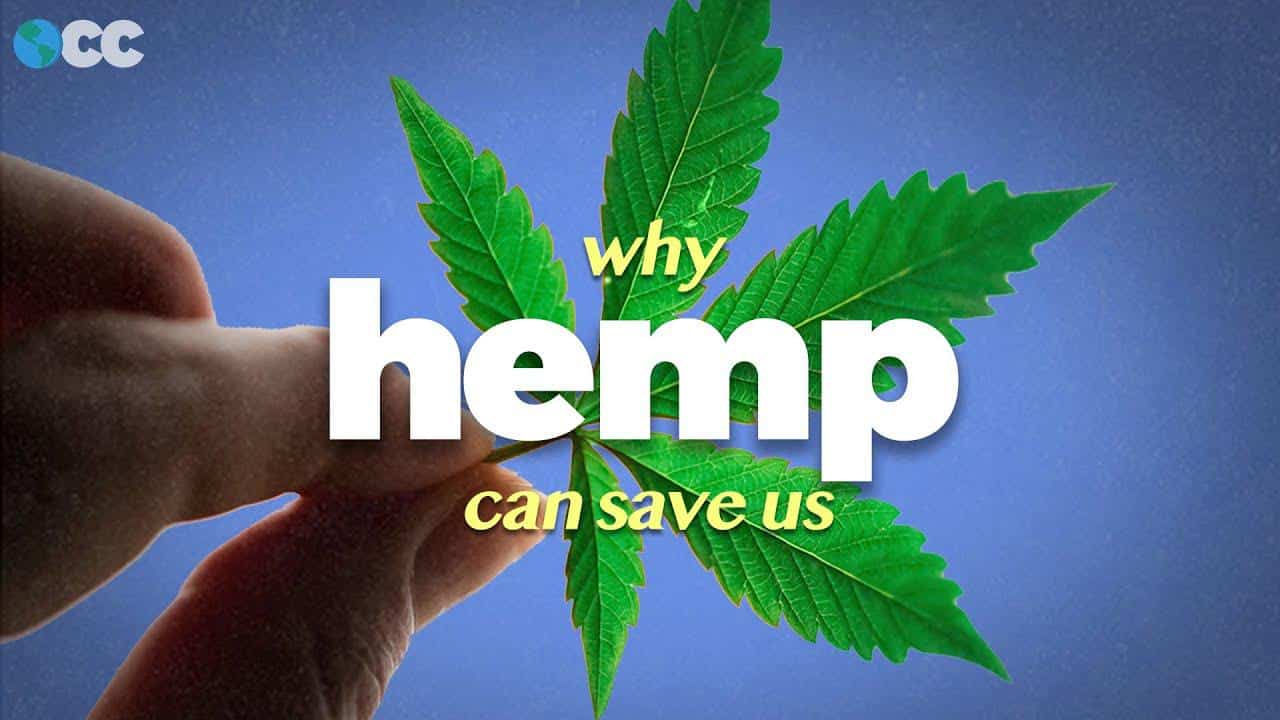 What if I told you there was a miracle plant? One that has over 25,000 uses from rope, to clothes, to concrete, to medicine. A plant that grew quick and tall, that dug its roots deep into the dirt and sequestered tons of carbon back into the soil while sucking polluting metals back out of it. Could you guess what it is? I’ll give you a hint, it’s been demonized for its association with its cousin, weed. That’s right, this miracle plant is hemp. But in the U.S. it’s barely grown. So why, if hemp can do such good, has it been so villainized in the eyes of Americans. This is the shocking story of how the United States almost had a sustainable, hemp-based society, and then threw it all away.

Hemp, a non psychoactive strain of the cannabis plant, seems like it can do everything. It’s one of the fastest growing plants on the planet, is able to sequester 15 tonnes of carbon dioxide into the soil per hectare, and crowds out weeds to such an extent that very little herbicide is needed to grow it successfully. When implemented in a crop rotation, hemp can be a boon to farmers. Indeed, the Rodale Institute found in their hemp cover crop trials that yields of soybean and wheat increased in the next year while weed pressure dwindled. This might be in part due to the plant’s ability to pull heavy metals like cadmium and lead out of the soil while aerating the soiling with its root system, ultimately leaving a healthier soil for the next plant. In short, hemp’s impact on soil is minimal while also sequestering a massive amount of carbon in a very short period of time. But hemp’s benefits don’t end on the farm. As I mentioned earlier, according to the USDA it has over 25,000 uses. Its seeds are nutrient dense and can be eaten raw or made into milk or oils. Its stalks can be used to make fiber that’s stronger, more absorbent, more durable, and better insulating than cotton, and if clothing isn’t what you need then you can make hemp paper, or even hemp concrete. That’s right, concrete. When you mix the wooden refuse from the fiber-making process with a lime-based binder and water you get a hardened substance similar to traditional concrete. Except this concrete filters CO2 out of the air as it dries. As a result, a meter squared area of hempcrete can sequester up to 16 kg of CO2 equivalent over its lifecycle. And all this is just the tip of the iceberg, there are many more applications like insulation that can be made from hemp. So, if hemp can fulfill so many needs, then why isn’t it all over the place now?

To learn more about the history of American hemp and how it’s being used today, check out the video above!