Puerto Rico Needs Your Help for Recovery, But Also for Reform 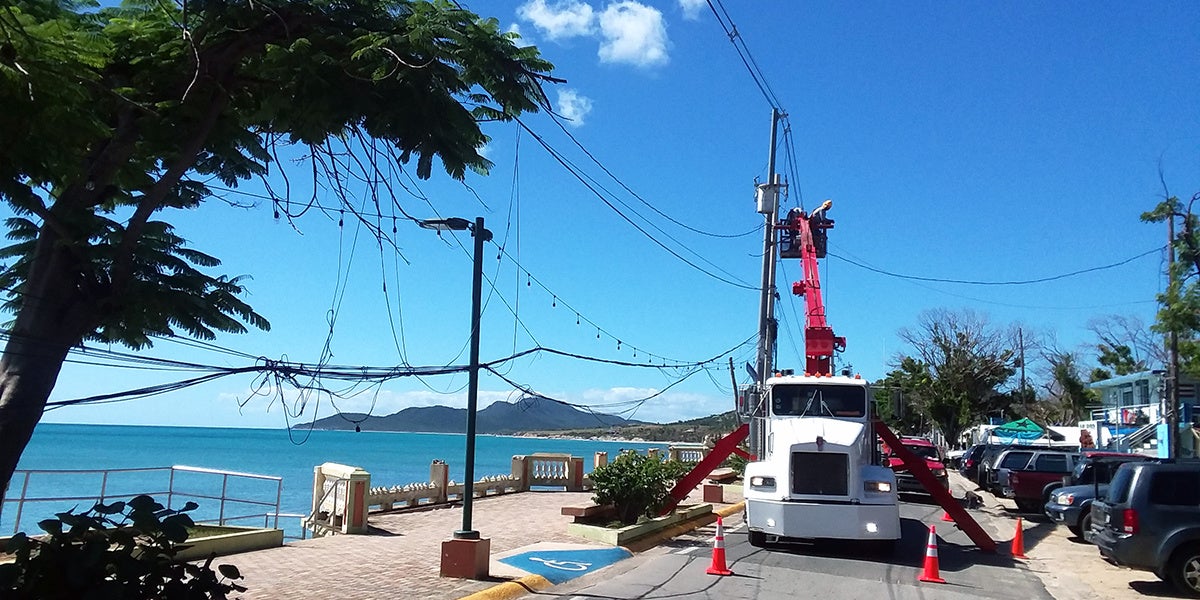 From Jan. 28 to Feb. 7 my wife and I were in Vieques, Puerto Rico, helping as best we could with recovery from Hurricane Maria, which hit on Sept. 20, 2017 almost five months ago. Help is very much still needed.

I don’t think I realized how much that is true until I got home to New Jersey and experienced all of the things I didn’t experience during those 10 days:

These were the main differences.

I was staying at Casa de Kathy in Esperanza, the second largest town in Vieques. The only street in Esperanza that fully had electrical power when we were there was the Malecon, the downtown street next to the water where bars, restaurants and hotels are, and they didn’t get that power until the fifth day we were there. What electrical power there was elsewhere in town came from gas-powered generators bought by residents who could afford them. 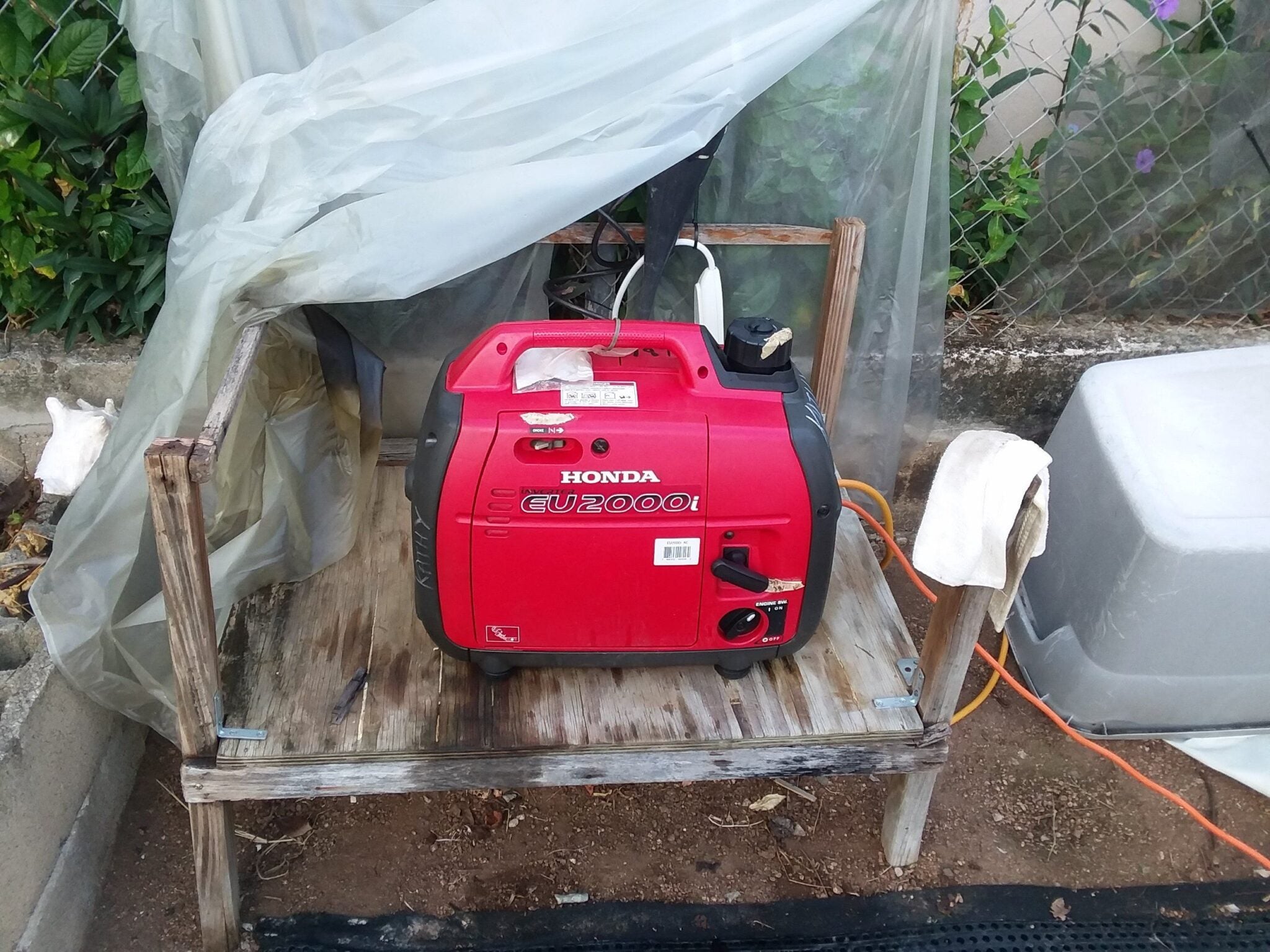 There was concern about the tap water. Neither the EPA nor anyone else had done tests to determine how safe it is to drink.

There were still piles of debris and branches that had been blown down by the storm, as well as collections of stoves and refrigerators disabled by it. Despite all of these serious problems, the sense I had was that people in general were pulling together, some more than others, to climb out of the hole the hurricane put them in. They were doing so even though there was a lot of criticism of FEMA for its slowness and for it denying aid to a number of people whose homes had been damaged.

I was glad to learn that the use of solar energy, in different forms, is growing, from small solar lights, which are popular, to solar panels on roofs to provide an alternative to an unreliable electric grid. 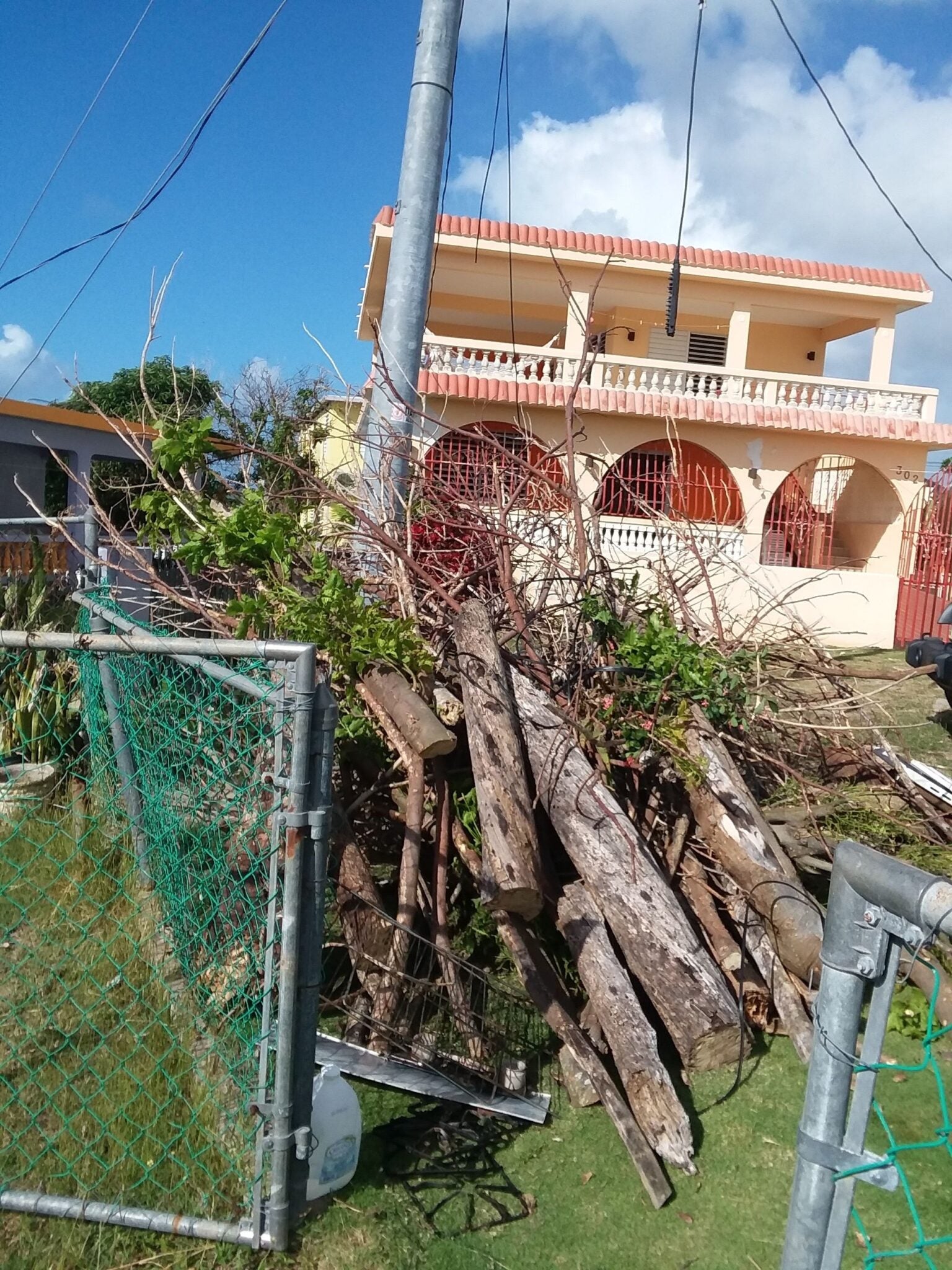 One of the big takeaways for me was the reinforcement of something I have known intellectually for years, that extreme weather events, like the climate changing which makes them worse and more frequent, hurts low-income people the most. Middle- and upper-class people who have access to financial and other resources had found ways to lessen their suffering or discomfort, like through personal generators. But those without those resources were in a different situation. I heard of at least one family that was sleeping in a tent in their living room because there had been serious damage to their roof that they had not yet been able to afford getting fixed.

Unfortunately, it’s not just recovery from the big storm that is a big problem. The pro-statehood Governor of Puerto Rico, Ricardo Rossello, announced just before we got there that he wanted to privatize the electrical system, currently publicly owned, which would certainly lead to higher electrical rates for many struggling Puerto Rican consumers as the corporate buyer looks to make its profits.

Then there is the relatively large Puerto Rican debt (though hugely smaller than the U.S. debt) of $73 billion. There have been calls for that debt to be forgiven, for obvious reasons. Lin-Manual Miranda, for example, creator and star of the Broadway hit Hamilton, called for that in a December opinion piece in the Washington Post. He wrote:

“Puerto Rico’s creditors should do the right thing and walk away. It is the only way forward. Anything short of full debt forgiveness would be a brutal form of economic punishment to a people already suffering.”

But to add insult to injury, the Republican tax bill passed at the end of 2017, unless challenged and changed, will make things even worse.

A Dec. 20 Washington Post story reported that the Puerto Rican Governor “is calling on lawmakers to rewrite a key part of the tax bill that he says might cause the island’s hefty manufacturing sector to contract, jeopardizing hundreds of thousands of jobs. [It] includes a new 12.5 percent tax on profits derived from intellectual property held by foreign companies—a move designed to compel those companies to move back to the U.S. The new tax “is a big hit, and Puerto Rico both fiscally and economically is downtrodden, and this is the last thing they need,” said Federico de Jesus, a former Puerto Rico government official who has been tracking congressional relief efforts for the island.”

U.S. citizens have a special responsibility to help Puerto Rico, which has been a colony of the U.S. since 1898. It is our humanitarian and moral responsibility, and it is our duty as citizens of the nation which has the power to help Puerto Rico either move forward or backwards after Maria. We must do what we can as far as practical hurricane recovery support but also support groups calling for a cancellation of the debt, changes to the Republican tax bill and reform of the electric power system, not its privatization.

Ted Glick is a former activist with the Puerto Rico Solidarity Committee in the 1970’s. He was a supporter of the historic civil disobedience campaign in Vieques in the early 2000’s which led to the removal of the U.S. Navy. He has been a progressive activist and organizer since 1968. Past writings and other information can be found here, and he can be followed on Twitter.